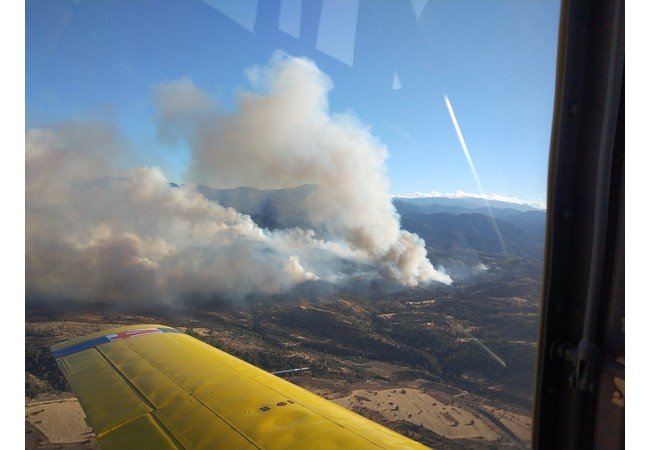 Nine out of ten forest fires are caused by human factors, director of the Forestry Department Petros Petrou said on Monday.

The latter was the cause of the large fire this weekend in the Kamares area of Tala village in the Paphos district.

Several properties and vehicles were damaged with the fire penetrating inside at least two homes, the fire department said. No injuries were reported.

Petrou also said that 45 per cent of all fires that broke out in 2020 were started by arsonists.

“Taking all the data and the information we have into account, I can say that nine out of ten fires in the island are man-made, an alarming fact,” Petrou said.

“We have to be extremely careful and avoid all actions that could lead to a fire breaking out, especially in the summer when hot temperatures in Cyprus facilitate the spread of fires.

“I also want to urge everyone to be vigilant in situations where fires are not caused by mere negligence but by actual intent. Suspicious activities must be reported to the authorities as fast as possible,” Petrou added.

He also revealed that the biggest fires that broke out in the last 20 years both took place in 2016, the first in Solia, which burned a total of 1,886 hectares of dry grass and wild vegetation and the second in Argaka, where 763 hectares were burned.

Petrou said that the Forestry Department, as the authority responsible for the management of fires, is concerned after analysing the data.

“The increased rate of deliberate fires started in recent years has led the Forestry Department to adopt a comprehensive response plan with specific and targeted measures in cooperation with other relevant agencies of the state,” he said.

Anyone wishing to report a fire or any suspicious activity should call the Forestry Department at 1407 or the Fire Service at 112.