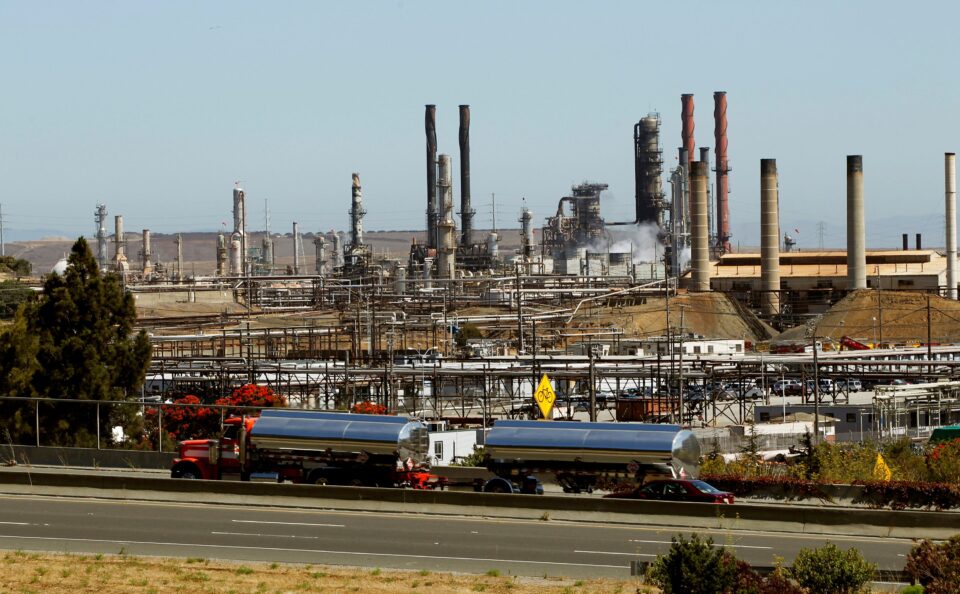 As oil and gas majors increasingly tout their green credentials, climate change activists who say such claims are misleading are pursuing a new avenue to hold companies to account.

While several US states and cities have filed lawsuits against fossil fuel firms over “greenwashing” in recent years, three environmental groups took a different tack in March when they launched a landmark complaint against Chevron Corp.

Rather than going through the courts, the green groups – Global Witness, Greenpeace and Earthworks – filed a false advertising complaint against Chevron with the Federal Trade Commission (FTC), which enforces rules against deceptive ads.

The three organisations are hopeful that their complaint to the national agency under the new Biden administration will gain more traction than a lawsuit filed in a federal or state court, and lay down a marker for further action against “greenwashing”.

“We would hope that a successful case against Chevron would set a precedent that would discourage other companies … from engaging in these kinds of greenwashing tactics,” Zorka Milin, a senior legal advisor at Global Witness, said in a telephone interview.

The FTC can send warnings or seek civil or financial penalties if it finds that firms have broken advertising laws that prohibit unfair or deceptive ads. The agency has said warnings are often enough to bring offending companies in line.

The environmental groups said in the complaint that despite Chevron’s ads touting its investment in renewable energy, the company spent just 0.2 per cent of its annual capital expenditure budget – roughly $26 million a year – on lower-carbon energy sources.

In a statement, Chevron called the complaint “frivolous” and said it was investing $3 billion between 2021 and 2028 “to advance the energy transition”.

The American Petroleum Institute (API), a leading trade group, rejected the notion that green ad campaigns by oil and gas companies were misleading and said the industry was striving to balance new climate realities with the needs of customers.

“The record of the past two decades demonstrates that the industry has achieved its goal of providing affordable, reliable American energy to US consumers while substantially reducing emissions and our environmental footprint,” said Paul G. Afonso, senior vice president and chief legal officer for the API.

Public scrutiny of oil company ads over their claims to curb emissions and transition to cleaner energy is growing, and legal challenges against such advertising are entering new territory in the United States in the wake of similar action overseas.

And Britain’s advertising watchdog upheld a complaint in 2019 against an ad by Norwegian energy giant Equinor ASA that suggested gas was a “low carbon” energy source.

Global Witness said its complaint against Chevron was the first to petition the FTC to use its “Green Guides” against an oil company. The commission’s updated 2012 guidelines aim to prevent businesses from making false environmental claims.