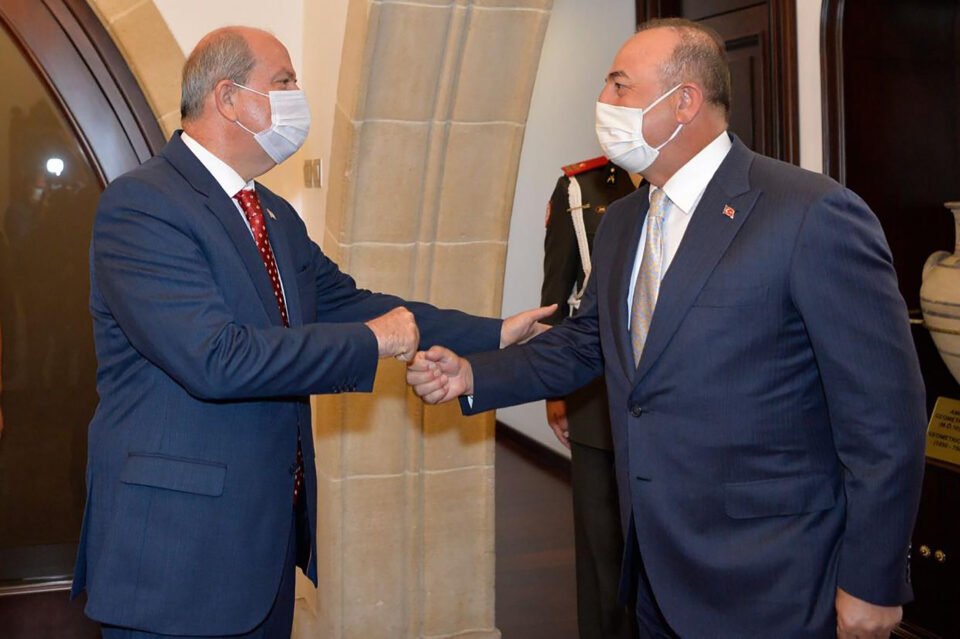 The Turkish side on Thursday seemed to flatly reject the convening of a new informal conference on Cyprus, saying there was no point to it after the deadlocked talks in Geneva, and rejected the idea of the appointment of a special UN envoy for Cyprus.

The press conference was held after talks between the two politicians and their respective delegations.

Tatar said that formal negotiations can begin once the Greek Cypriot side accepts the six points that he personally put to UN Secretary General Antonio Guterres during their recent meeting in Brussels.

In particular, Tatar said, the Greek Cypriots needed to accept the point that the island’s north is a sovereign entity and thus has the same status as the Greek part of the island.

For his part, Cavusoglu called the informal conference in Geneva in late April “a milestone for the Cyprus issue.”

He added: “An era has come to an end, and a new one begins. In Geneva, the Turkish Cypriot side put on the agenda a new, realistic and results-oriented proposal.”

Federer gets his sparkle back as sun shines at Wimbledon