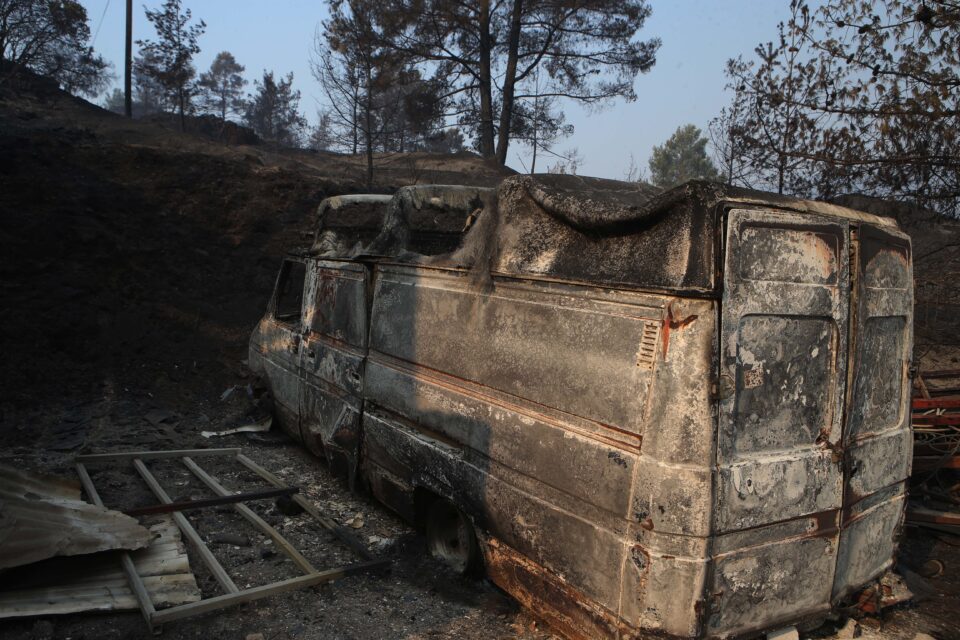 Though authorities remained alert until all flames were obliterated, deputy government spokeswoman Niovi Parissinou said on Sunday that all communities were now deemed safe.

“After the effective fight of Greek and Israeli aircraft and the reduced outbreaks, the fire services and forestry department have inspected the affected communities which are now deemed safe.”

This will now allow members of the interior ministry and district offices to start counting the cost of the damages. Residents who fled their homes have been told they can return where possible.

The fire, which began on Saturday at around 2pm in Arakapas has since burned over 55 square kilometers, spreading across communities in Limassol and Larnaca. Four people died as a result of the fire while dozens evacuated their homes.

President Nicos Anastasiades described the fire as the worst tragedy in the Republic’s history but for the invasion.

According to Interior Minister Nicos Nouris, a total of 35 people needed shelter on Saturday night. Seven stayed with relatives while 28 were taken by the government to hotel units in Nicosia. Over 50 homes have been destroyed.

On the second day of operations to fight the flames, Cyprus had support from Greece which
sent two Canadair CL-415 as well as a 25-member team. Israel also deployed two aircraft. Two search and rescue helicopters from the British Bases were added to the fight against the blaze.

Both ground and airborne battles were being waged while Cyprus had deployed five aircraft to fight the flames. The national guard provided two aircraft and six fire-fighting vehicles.

As the worst of the fires seemed to have settled by late Sunday afternoon and communities were deemed safe, Anastasiades ordered that counting the costs of damages should begin immediately.

The state would also arrange shelter for anyone needing it, apart from the 28 people already staying in hotel units as part of the government’s assistance for people who lost their homes.

Authorities have until Tuesday to note the extent of the damages to homes and businesses and submit them to the interior ministry so compensation can be made as soon as possible.

A lump sum will also be paid to those affected, based on criteria which will be submitted to Cabinet by the minister of interior.

The President also pledged support to the families of the four men who died as a result of the flames and whose remains were unrecognizable.

The men, aged 22, 23, 36 and 39 were Egyptian seasonal workers at a tomato greenhouse in Odou village, working for the same employer, according to the Odou community leader Menelaos Filippou.

Speaking to the Cyprus News Agency, he said they had been reported missing on Saturday and their bodies were found the following morning, near a small van they had been trying to flee the flames with.

Police said their employer filed a report on Saturday night, noting they were missing and were not responding to any of his phone calls since 5pm. They lived and worked in an area of the village called ‘Paliambelia’.

He claimed they called him shortly before 5pm saying they were leaving from their home as the fire was dangerously close. Firefighters saw the vehicle on Saturday at around 8pm in a ditch at the ‘Goula’ area but did not see anyone inside.

When the dangers of the fire became apparent on Saturday, a decision was made to evacuate all residents in Odou, calling on people to gather at the square. The four men, who were in a more rural part of the area were not at the evacuation point.

It appears they tried to flee using a small van, driving on the side of the mountain as the flames moved higher up in the mountain. As they tried to escape, the vehicle crashed and overturned, likely as a result of the dense smoke in the area.

Their bodies were found at a distance from the vehicle, with the farthest some 500 metres away, suggesting they had tried to escape on foot.

State pathologists Angeliki Papetta and Orthodoxos Orthodoxou had gone to the scene along with the health minister.

The exact cause of death is expected to be determined when the autopsy is carried out at a later stage.

Anastasiades pledged their families would be supported while Interior Minister Nicos Nouris was expected to brief the ambassador of Egypt to Cyprus and express the state’s support.

The foreign ministry in a post on Twitter expressed its condolences to the families and loved ones of the four Egyptian citizens who lost their lives in the fires that hit Cyprus.

“Our most profound condolences to families & loved ones of the 4 Egyptian nationals who lost their lives in the wildfire ravaging Cyprus, as well as to the Government of Egypt. Cyprus will stand by the victims` families in the face of this tragedy, offering every support”.

Meanwhile, authorities said they were overwhelmed with the volume of people who had offered help.

Scores of people had evacuated their homes, with one elderly woman in the Vavatsinia village seen crying on TV as she looked at the charred remains of her home. “Our lifetime’s work was gone in an hour” as a result of the fire, she said.

Speaking to the state broadcaster, a number of residents recounted the horrors of how they tried to fight the flames and salvage their home but gave up and had to flee for their life.

Some elderly citizens left their homes with only their key and had no time to even get the medicine that they need, let alone pack any necessities.

Psychological help and support will be made available for all those affected, the education minister said, while a number of veterinarians have offered to provide urgent care to animals for free.