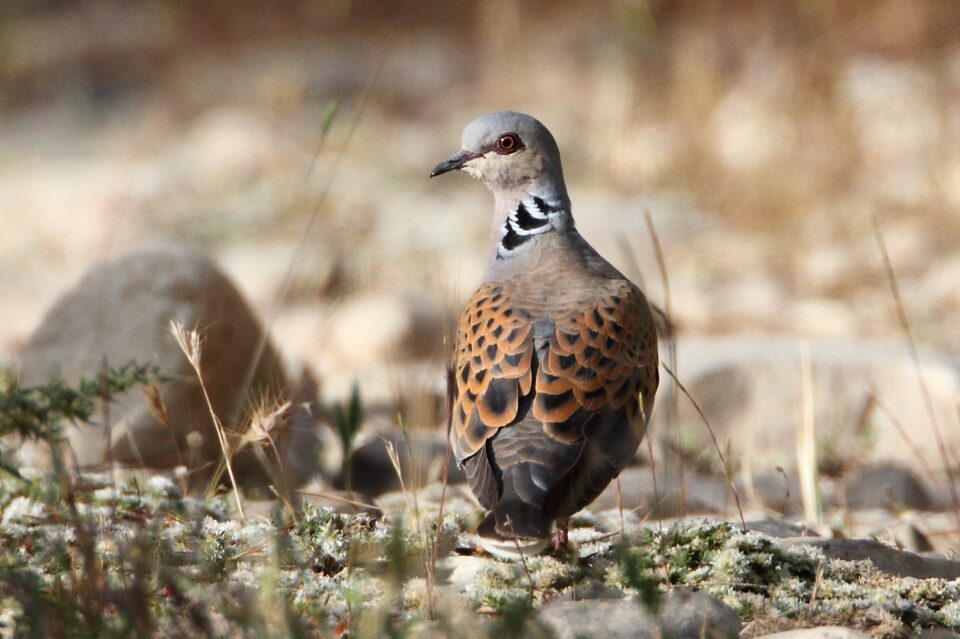 Over the last 30 years, the European population of turtle doves has decreased by 79 per cent (David Nye, BirdLife Cyprus)

Local hunters have opposed Birdlife Cyprus’ call for the suspension of the hunting of the globally threatened turtle dove for four years and instead proposed the implementation of a bag limit.

In reference to a recent decision by the Spain government to ban the shooting of the turtle doves for one year, BirdLife Cyprus reiterated the position of their international organisation to prohibit the hunting of the specific species for at least four years.

The nature conservation organisation expressed the hope that Game and Fauna service will adopt this position in the upcoming Expert Group on the Birds and Habitats Directives (NADEG) meeting during which decisions are expected to be taken on the issue.

Over the last 30 years, the European population of turtle doves has decreased by 79 per cent. The reasons behind this decline include habitat loss, illegal killing, hunting, pesticide use, droughts and climate change, BirdLife Cyprus said.

In Cyprus, active nests are found from the beginning of May until August with an estimated population of 3,000 to 10,000 according to BirdLife International, while many turtle doves pass through the island as part of their migration journey towards South Africa.

To protect the species, the EU launched a Species Action Plan for the turtle dove in 2018, a move described as “an important and hopeful development for the recovery of the species” by BirdLife Cyprus. The plan includes a temporary prohibition of the hunting of the bird, which was adopted apart from Spain by France, Malta and Portugal. Cyprus, along with Greece, Bulgaria and Italy had opposed this measure.

“The rescue of such an emblematic species as the turtle dove requires coordinated and collective action by all member states,” BirdLife Cyprus said.

But local hunters support that the main problem lies in third countries, where the population of the bird is significantly higher, and disagree with the possibility of a temporary hunting ban.

In response to the NGO’s social media post, Marios Philippou, the head of the hunters’ movement in Cyprus argued that since Cyprus is not among the countries where turtle doves migrate in large numbers, such a measure would be unnecessary but recommended the adoption of bag limit.

“The biggest problem are the third countries… Cyprus’ largest percentage of turtle doves that it has received so far is 2.7 per cent of migration,” while Morocco receives about 40 per cent, Philippou said.

According to the hunter, “daily hunting of turtle doves in our island starts from September and finishes at the end of the same month”. During that period, he said, hunters shoot only a small number of turtle doves.

Hunting is also prohibited around the coasts, so the birds “have several escape routes”, Philippou added.

“As hunters we…ask for a bag limit and if in the future there is a bigger problem, we hunters ourselves will ask for the ban hunt if we really love hunting,” he said.

The turtle dove was put on the Red List of globally endangered species of the International Union for Conservation of Nature in 2015.

According to the EU’s action plan, “hunting must be compatible with maintaining the population at a level that corresponds in particular to ecological, scientific and cultural requirements, while taking account of economic and recreational requirements”. It should also take place “outside the pre-nuptial migration (spring) and breeding periods and should comply with the principles of wise use and ecologically balanced control of the species.”

Meanwhile, an amendment to the Republican Game and Wild Birds Law in 2017 allows persons with a game licence to take cooked, lawfully killed, game in small quantities (defined in the law) to restaurants for their own consumption. Turtle-doves (up to 10 of them) are included in the schedule of permitted species.

But Philippou insisted that the root of the problem are the third countries and “the rest are slander and vague theatrics”, to which BirdLife Cyprus said that “efforts to conserve a species cannot be made selectively”.

Formerly a common farmland bird, the turtle dove is a slim colourful dove of up to 28cm in length, that has a distinct purring song that is repeated several times. In Cyprus, according to unplublished research by senior game service official Nicos Kasinis, the turtle dove mainly breeds in wooded farmland with Turkish pine (Pinus brutia), olives and almonds (Prunus dulcis) as the main nesting trees.