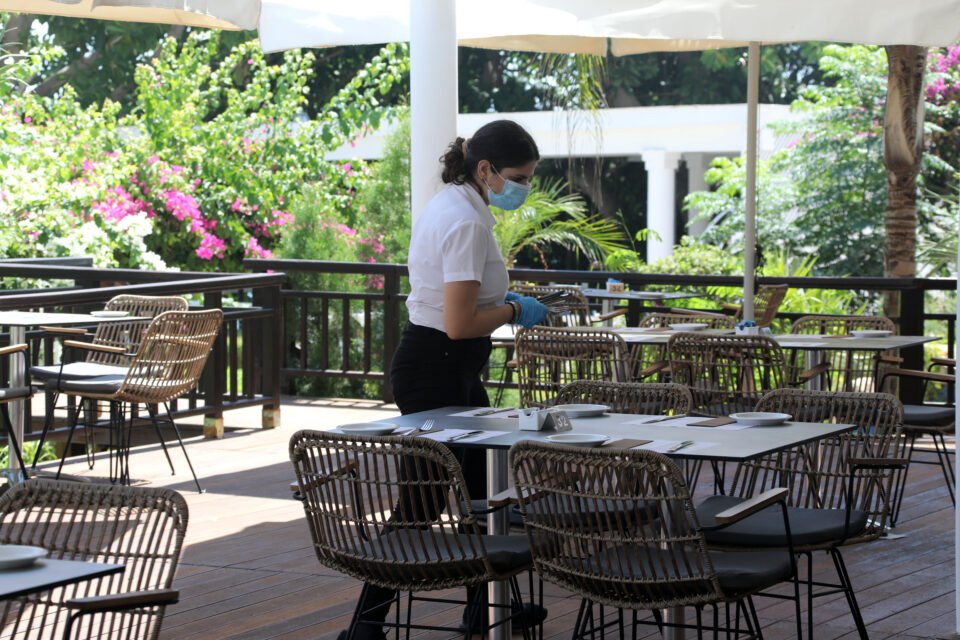 Hospitality venues on Thursday gave mixed reactions to tougher measures announced by the government in a bid to contain a surge in new coronavirus cases.

President of the Pancyprian association of entertainment centres (Pasyked) Nicos Vassiliou described the requirement for a SafePass as a step in the right direction, but took issue with a lower ceiling on clientele.

But general secretary of the Pancyprian Association of Owners of Hospitality Venues (Pasika) Fanos Leventis blasted the measures, saying managers could not be expected to check whether customers had the SafePass.

With a resurgence in Covid cases, which in recent days have risen to record levels, the government has placed restrictions on hospitality venues and other places where people gather in large numbers.

Health Minister Michalis Hadjipantelas said the measures aim to contain the spread of the virus, as infection clusters had been traced to places where large gatherings took place, and social events.

Large transmission chains were mainly made up of youths with intense social activity, the minister said.

“Our association is always committed to protect the health of our customers and our employees,” Vasiliou told CyBC radio on Thursday.

He also added that business owners are ready to take responsibility for enforcing the measures, specifically when it comes to checking that patrons have a SafePass, which will be necessary to gain access to certain venues.

According to the minister, between Friday and July 31, the maximum permitted number of people indoors will be 250 after presenting a SafePass, or 350 provided they have received at least one vaccination jab three weeks ago or had contracted the virus in the past six months.

During the same period, the maximum number of people permitted in outdoor venues will be 350 with a SafePass, or 500 if they have received at least one dose of a vaccine or had been ill with Covid in the past six months.

Youths aged between 12 and 15 and those 16 and above with serious illnesses that preclude them from receiving a vaccine are exempted and can enter such venues by presenting a negative test conducted not more than 72 hours ago.

Businesses that opt to host only people who are fully vaccinated or who had passed the illness in the past six months must ensure they inform the public and post visible signs in their establishment.

Vasiliou, however, told state broadcaster CyBC that the number of people allowed in entertainment venues should increase otherwise businesses will not be viable.

“Nightclubs only reopened in the past two weeks, they cannot be considered responsible for the increase in the number of Covid-19 cases,” he said.

The commissioner for personal data protection Irene Loizidou clarified that managers of entertainment venues have been listed among those authorised to check whether customers have a SafePass and are responsible under the law to check.

The decision to appoint a person per venue charged with checking the SafePass was slammed by Leventis.

“We are strongly against this decision,” he told CyBC on Thursday.

“Our members do not need any added pressure after all they have had to endure in the past year. The government took this decision in the most arbitrary way possible, without even consulting us.

“People working at venues cannot have this additional burden on their shoulders. The way we see it, this is another example of government blackmail,” he concluded.

The Employers and Industrialists Federation (Oev) also joined the chorus of protests on Thursday afternoon and said that the appointment of one person per venue responsible for checking the SafePass will bring more problems than benefits.

“It will be practically impossible to enforce this rule and it will also create enormous problems for the smooth running of venues,” Oev said.

“It is unthinkable that people should act as inspectors and police officers at the same place they work at, it’s a conflict of interest.

“At the same time, it will be extremely difficult to enforce the new measures at large venues with more than one entrance, simply because one person will not be able to check all potential patrons,” the statement concluded.