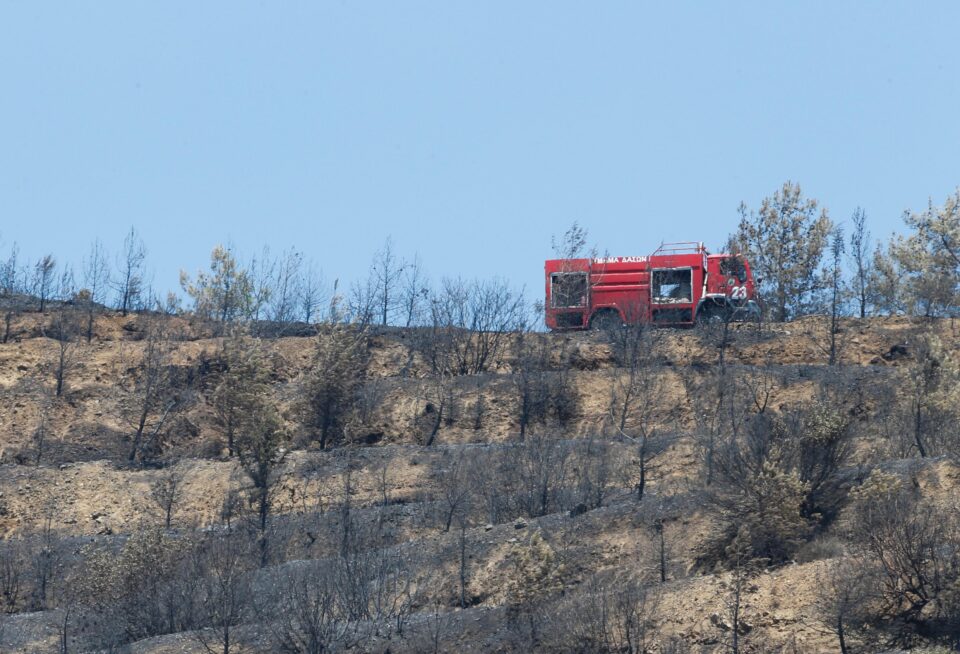 Cyprus is faced with a shortage of firefighters, fire service spokesman Andreas Kettis said on Monday in the wake of the huge fire that broke out in the mountain areas of Limassol and Larnaca earlier in July.

Speaking to the Cyprus News Agency (CNA), Kettis admitted that “there are shortages” and that the firefighters do not constitute “a huge number of staff to cover the whole Cyprus”.

The blaze, which broke out on Saturday July 3 and was finally said to be under control early on the Monday after killing four people, was described by the government as the worst fire in the history of Cyprus. Ten communities were affected as several houses and businesses were engulfed in the fire that affected 55 square kilometres of land.

After the fire there was widespread public criticism over the fire service’s preparedness for such a big blaze, with the government arguing that under the circumstances, the state mechanism’s reaction was effective.

Staff shortages and lack of aerial resources were among the issues discussed in 2016 following another big fire in Solea which killed two firefighters and destroyed over 18.5 square kilometres of forest over five days.

Over the last three years, “some recruitments have been made but there are still shortages”, Kettis added.

The staff shortages, coupled with the red alert for fires which remains in force due to high temperatures, has led fire fighters to mental and physical exhaustion.

A series of fires over the last 20 days, especially in forest areas, have required both ground and air forces in all cases to bring them under control, Kettis said.

“Lately our firefighters have hit rock bottom,” he said, adding that as things are, “they don’t go home”. Firefighters are “mentally affected” if a fire results in a negative outcome, the spokesman explained.

Kettis said the service experienced “tragic moments” that endangered the life of firefighters over the first weekend of July.

A firefighting team driving towards Odou got trapped at a certain point of a road due to the fire and could not move forward so they had to reverse, and the service sent a different team to village, Kettis said.

“I am saying this because even professional firefighters who have the experience and knowledge to assess the risk, even they were in danger, let alone a person who does not have this knowledge and is driving his vehicle towards the unknown,” he said referring to the four Egyptians who died in the fire. The four were found at some distance from each other, near their car.

He advised that people should not try and evacuate or run away if there is a large fire in their community unless they receive specific instructions by the authorities.

“This is very important for one to realise how dangerous it is and how the fire spreads”. Fanned by strong winds, the heat from the flame extended up to 60 metres from the fire, Kettis said. “You do not escape”.

Fire fighting forces remain in the affected areas in the lookout for another outbreak, while investigation by the fire service continues at the scene to evaluate the area from which the blaze started and how it evolved.

A 67-year-old man was arrested and remanded on suspicion of starting the fire by burning stubble in his field.