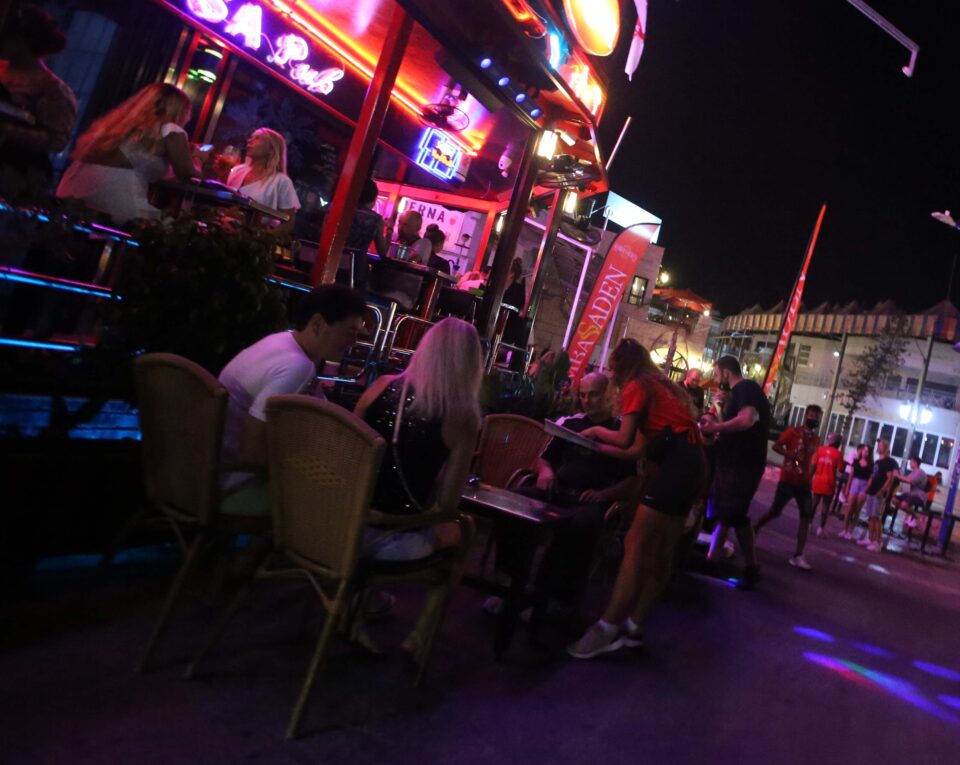 A portion of businesses have postponed events or suspended the operation of dine-in services saying they refuse to discriminate against unvaccinated people and check their customers for a SafePass.

Following a recent health ministry decree instructing employers to check their staff and customers carry a SafePass, certain businesses said they do not want this type of responsibility and refuse to pretend to be police officers.

A Limassol-based café announced this weekend they will only serve customers for take-away and delivery and suspend the dine in option.

“Under no circumstances will we do the work of others or the police to our customers,” the Coffee Taste announced on social media.

The management team of the café also claimed the measure is discriminatory.

“We do not discriminate about who will enter our cafeteria and who will not, let those who decided this [measure] do so,” the post said.

The SafePass is a document proving a person tested negative for coronavirus in the last 72 hours, or they had at least the first dose of a Covid vaccine three weeks prior, or they contracted and recovered form the virus in the past six months. It is required for people to visit the indoor and outdoor places of shopping malls, cafeterias, restaurants, and gyms among others.

Those who applauded the measure argue that it makes places of mass gatherings safer.

However, since its implementation on May 10 initially for indoor use only, police were responsible for its enforcement, but this has now been adjusted. In addition to authorised officials, business owners and managers now have a responsibility to check for a SafePass. This concerns both customers and staff.

According to the new measures, a business or an organisation also reserves the right to refuse services to unvaccinated people, if they have the necessary signage and had issued a timely announcement to inform their customers.

In the backdrop of strong reactions by business owners, an event management and public relations group called Haze Team Cy announced the cancellation of its summer event at Nava beach bar.

The company said the restriction goes against its brand and the community they have built and added: “we do not want to discriminate against vaccinated and unvaccinated people and above all, we do not want to lower the standards of our events, just to throw a party.”

Haze Team Cy also highlighted that “the protection of the overall population of this island should be the highest prioritisation for every event organiser”.

The controversial measure was also criticised by the association of owners of hospitality venues (Pasika) which cited technicality issues and said that hoteliers should not be expected to check all their guests and visitors.

Other companies who refused to oblige by the new restrictions, claim the measure is unconstitutional and the government is trying to divide people between vaccinated and unvaccinated.

“After consulting our legal advisers our position is that we do not have the authority to request from our members the ‘safe’ pass!” a Limassol gym wrote on their Facebook page when the additional restrictions were announced.

According to them, the measure “violates constitutional, human rights and the principle of proportionality”. Citing the law on personal data protection, the gym said they cannot request any medical certificate form from its members.

The law of proportionality was also cited on Monday by the commissioner for Personal Data Protection, Irene Loizidou Nicolaidou, who had in the past expressed concerns about the enforcement of the SafePass. When the SafePass was first implemented, Nicolaidou said that only police and authorised officials have the right to check people’s medical records.

On Monday however, she told the Cyprus News Agency that the restrictions are legal and constitutional based on the principle of proportionality.

“The current epidemiological situation requires and can justify additional obligations,” she said.

But if the epidemiological situation improves and the commissioner deems that the provisions of a decree are no longer in accordance with the general data protection regulations, she said she can request their temporary suspension, until the amendment or repeal of the decree.

In case of violation of the decree, the business is faced with hefty fines for serving people without a SafePass, as well as the individual, police said.

Police on Monday announced that one Nicosia business, reportedly a shopping mall, was issued an €8,000 fine after customers were caught without SafePasses, while in three other businesses, officers fined the managers or owners €500 each for not having a SafePass.

In Limassol, two establishments were fined €500 and €750 respectively because staff did not have a SafePpass while a third was handed a €500 fine after a customer was caught without one.