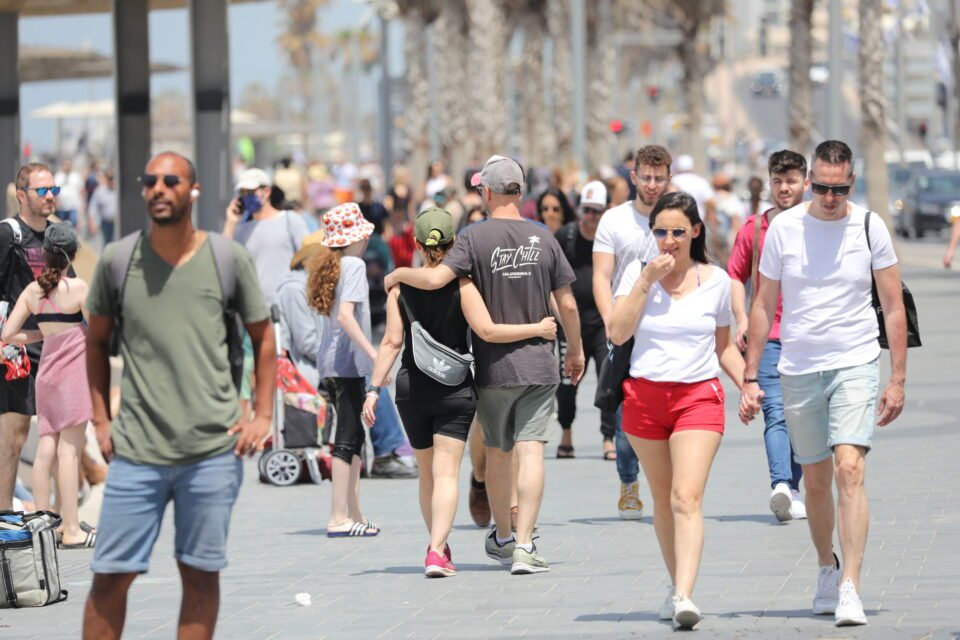 Four weeks ago, Israel was celebrating a return to normal life in its battle with COVID-19.

After a rapid vaccination drive that had driven down coronavirus infections and deaths, Israelis had stopped wearing face masks and abandoned all social-distancing rules.

Then came the more infectious Delta variant, and a surge in cases that has forced Prime Minister Naftali Bennett to reimpose some COVID-19 restrictions and rethink strategy.

Under what he calls a policy of “soft suppression”, the government wants Israelis to learn to live with the virus – involving the fewest possible restrictions and avoiding a fourth national lockdown that could do further harm to the economy.

As most Israelis in risk groups have now been vaccinated against COVID-19, Bennett is counting on fewer people than before falling seriously ill when infections rise.

“Implementing the strategy will entail taking certain risks but in the overall consideration, including economic factors, this is the necessary balance,” Bennett said last week.

The main indicator guiding the move is the number of severe COVID-19 cases in hospital, currently around 45. Implementation will entail monitoring infections, encouraging vaccinations, rapid testing and information campaigns about face masks.

The strategy has drawn comparisons with the British government’s plans to reopen England’s economy from lockdown, though Israel is in the process of reinstating some curbs while London is lifting restrictions.

The curbs that have been reinstated include the mandatory wearing of face masks indoors and quarantine for all people arriving in Israel.

Bennett’s strategy, like that of the British government, has been questioned by some scientists.

“It’s possible that there won’t be a big rise in the severely ill but the price of making such a mistake is what’s worrying us,” she said.

But many other scientists are supportive.

“I am very much in favour of Israel‘s approach,” said Nadav Davidovitch, director of the school of public health at Israel‘s Ben Gurion University, describing it as a “golden path” between Britain’s easing of restrictions and countries such as Australia that take a tougher line.

Israel‘s last lockdown was enforced in December, about a week after the start of what has been one of the world’s fastest vaccination programmes.

New daily COVID-19 infections are running at about 450. The Delta variant, first identified in India, now makes up about 90% of cases.

“We estimate that we won’t reach high waves of severe cases like in previous waves,” the health ministry’s director-general, Nachman Ash, said last week. “But if we see that the number and increase rate of severe cases are endangering the (health) system, then we will have to take further steps.”

Around 60% of Israel‘s 9.3 million population have received at least one shot of the Pfizer/BioNtech vaccine. On Sunday, the government began offering a third shot to people with a compromised immune system.

Ran Balicer, chair of the government’s expert panel on COVID-19, said Israel had on average had about five severe cases of the virus and one death per day in the last week, after two weeks of zero deaths related to COVID-19.

Noting the impact of the Delta variant, he said the panel was advising caution over the removal of restrictions.

“We do not have enough data from our local outbreak to be able to predict with accuracy what would happen if we let go,” Balicer said.

Some studies have shown that though high, the Pfizer/BioNTech vaccine’s effectiveness against the Delta variant is lower than against other coronavirus strains. Drawing criticism from some scientists, Pfizer and BioNTech SE have said they will ask U.S. and European regulators to authorise booster shots to head off increased risk of infection six months after inoculation.

Israel is in no rush to approve public booster shots, saying there is no unequivocal data yet showing they are necessary. It is offering approval only to people with weak immune systems on a case-by-case basis.

Authorities are also considering allowing children under 12 to take the vaccine on a case-by-case basis if they suffer from health conditions that put them at high risk of serious complications if they were to catch the virus.

Only “a few hundred” of the 5.5 million people who have been vaccinated in Israel have later been infected with COVID-19, Ash said.

Before the Delta variant arrived, Israel had estimated 75% of the population would need to be vaccinated to reach “herd immunity” – the level at which enough of a population are immunized to be able to effectively stop a disease spreading. The estimated threshold is now 80%.

“…the virus won’t stop. It is evolving, it’s its nature. But our nature is to survive,” said Dr Gadi Segal, head of the coronavirus ward at Sheba Medical Centre near Tel Aviv.