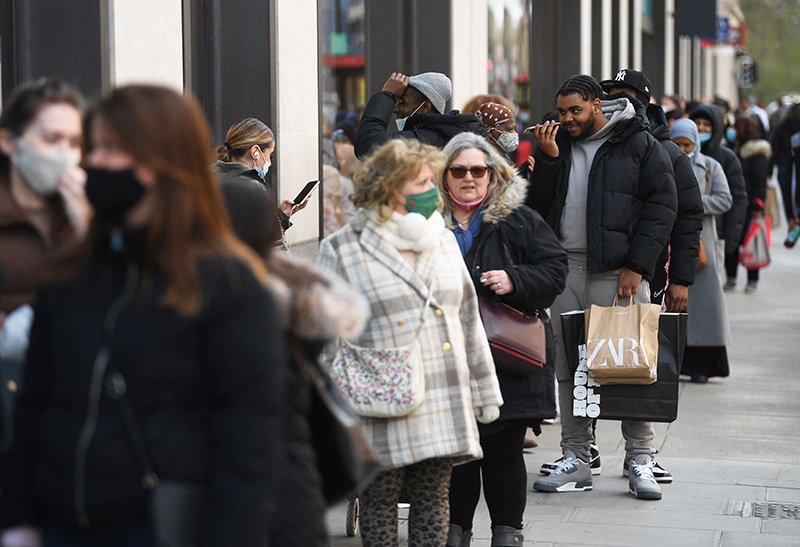 They were chatting at the bar.

‘What’s the matter with you all of a sudden,’ she asked.

Well,’ he said. ‘I thought I was a normal chap, but I just discovered that I must be a lesbian.’

If there are features like that of current society that puzzle you like that chap, why not try a different perspective?

For example, if you could fit the entire population of the world into a village of just 100 people yet maintaining the proportions of all the people living on Earth, that village would consist of 57 Asians, 21 Europeans, 14 Americans (North, Central and South) and eight Africans.

There would be 52 women and 48 men, 30 Caucasians and 70 non-Caucasians, 30 Christians and 70 non-Christians, 89 heterosexuals and 11 homosexuals. Six people would own 60 per cent of all the wealth. Eighty would live in poverty. Seventy would be illiterate. Fifty would suffer from hunger and malnutrition. One would be dying. One would be being born. One would own a computer, yes, only one. One would have a university degree. If you currently have money in the bank or in your wallet you are one of eight of the privileged few.

If we look at the world in this proportionate way the need for acceptance and understanding becomes obvious. But, consider again the following. If you woke up this morning in good health you have more luck than the one million people, who won’t live through this week. If you have never experienced the horror of war, the solitude of prison, the pain of torture, were not ever close to death from starvation, then you are better off than the 500 million people who have. If you can go to your place of worship without fear that someone will assault or kill you, then you are luckier than 3 billion (that’s right, billion) people. If you have a full fridge, clothes on your back, a roof over your head and a place to sleep, you are luckier than 75 per cent of the world’s population. If you are in your sixties and your parents are still alive and still married you’re a rare individual. If you read this page you are not one of those 2 billion people who are illiterate.

Now, I used to think I was a fairly regular bloke, but I was born white, which now, whether I like it or not, apparently makes me a racist and personally responsible for slavery.

I plan things and support myself. I went to Grammar School, then college, got a degree and have a decent job. This, by current standards, makes me a fascist. And I am not here because I earned all that, but apparently because I was advantaged.

I like being a practising heterosexual, which according to some gay folks, makes me a homophobe.

I am non-union, which makes me a traitor to the working class and ally of big business.

I am not a Muslim, which labels me as an infidel and/or islamo-phobic.

I am over 70 and retired, making me a useless old git who doesn’t understand Facebook.

I think and I reason, so I doubt what mainstream media tells me, which makes me a reactionary.

I am proud of my heritage and my inclusive British culture, thus making me a xenophobe. I value my family’s safety and I appreciate the police and the legal system, making me a right-wing cop-loving extremist.

I believe in hard work, fair play, and compensation according to each individual’s merits, which today makes me an anti-socialist.

I believe our system guarantees freedom of effort – not freedom of outcome or subsidies. This makes me a borderline sociopath.

I believe in the defence and protection of the UK for and by all citizens. This makes me a militarist.

I stand during the British National Anthem. I am grateful to be one of Her Majesty’s subjects. I am proud of my flag, and I respect the memory of those who died to let it fly, all of which, apparently, makes me a racist. I singalong to Rule Britannia at The Last Night of the Proms. God only knows what that makes me.

I’m just not sure who or what I am anymore! Hell, half the time I don’t even know which toilet I ought to use, though I do have to go there more frequently!

Lidl in Ayia Fylaxeos celebrates one year of operation!