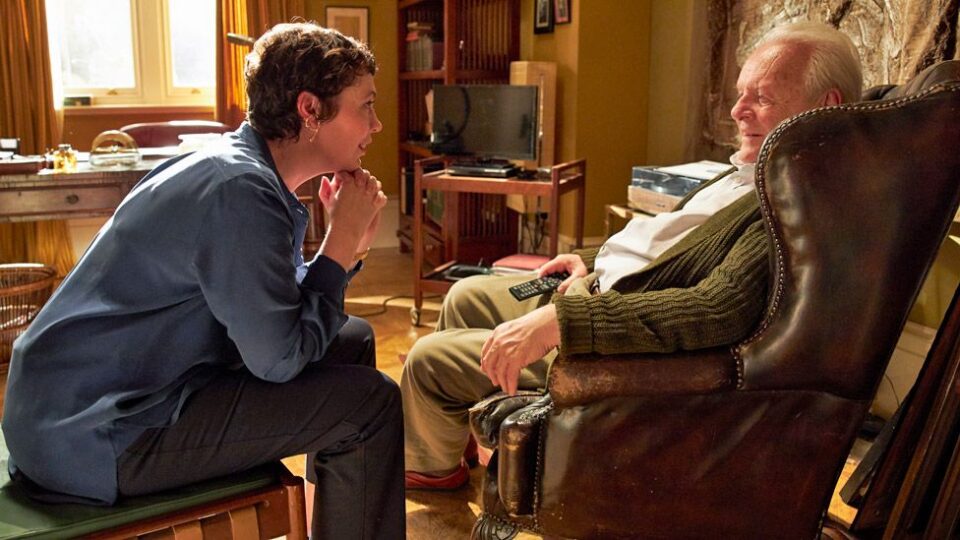 This is a movie about an octogenarian going through dementia, but don’t let that fool you into thinking for one second that it’s not one of cinema’s most arresting points from 2020. From the taught screenplay to the intelligent use of production design, the masterful editing, right down to the otherworldly performances, The Father may just be the greatest film about dementia ever produced. Simply because of how unfathomably real it all feels. It’s certainly right up there with Michael Haneke’s Amour and the lesser-known Japanese gem Memories of Tomorrow in terms of making me feel grateful for being alive and in possession of all my faculties.

The Father is such an important and powerful movie that it’s mind-boggling to think it’s Florian Zeller’s directorial debut. Word of warning before proceeding – in case it wasn’t already obvious – this movie comes with a 100 per cent guarantee that it will make you cry. A lot. The final five minutes still give me the shivers every time I think of them. It’s so emotionally wrought that it can be used in experiments to determine psychopathy levels. Basically, if you see The Father and don’t shed a tear, take a good long hard look at the mirror and ask yourself… are you okay?

The story is centered around the titular father, Anthony (Anthony Hopkins), who in his 80s is gripped tightly by the frightening shackles of Alzheimer’s. His daughter Anne (Olivia Colman) takes care of him while desperately trying to lead a life of her own, much to her husband Paul’s (Rufus Sewell) frustration. Anthony is the typical stubborn old man who is very difficult to handle, paranoid that someone’s always stealing from him, scaring off every caregiver whom Anne tries to employ and always talking about how much he loves his other daughter Laura whenever Anne’s around. When Anne tells Anthony that she’s moving to Paris, he immediately piles on the guilt. Past and present begin to blur ever more vividly, as Anthony’s mental faculties play more and more tricks on him… and us.

The Father is adapted from Zeller’s own stage play, and while it has all the ingredients of theatre (small cast, most of the action taking place in a single location, etc) it exploits cinematic techniques in such a way that I often found myself wondering how it could work on stage. Seeing the narrative unfold through Anthony’s eyes is something of a revelation in movies about dementia. Hats off mostly to Yorgos Lamprinos’ editing – the second man called Yorgos from Greece whose prowess in cinema has made an everlasting impression on me. It’s a masterclass of rhythm and timely cuts, as transitions slice through scenes like a sword through butter. The editing, together with Peter Francis’ production design, plays an actual role in the story, which is extremely rare and is worth the price of admission alone. It’s probably the most intimate film to come out in the past few years but one that still deserves to be seen on the biggest of screens, just to witness Lamprinos and Francis’ work amplified by a hundred.

As good as the production level is, the film shines beyond its intentions, and gets elevated to greatness because of the performances. You can have a perfectly crafted film with editing, production design, script, all of it, but without Hopkins and Colman you’d lose the visceral empathy which is so essential in The Father. Just watching Hopkins and Colman on screen together is the stuff of dreams; he’s a bona fide legend and she’s a legend-in-waiting, and both clearly connected with Christopher Hampton’s and Zeller’s screenplay on a level that puts them at the top of their game.

It really feels like 82-year-old Anthony Hopkins’ final great performance. He’s made his stamp on the industry as one of the greatest actors of the 20th century, but his performance as Anthony (you have to love the poetry of it) is right up there with the best of them in this century. He won his second Oscar for it, when pretty much everyone on the planet who followed the awards season thought it would be a posthumous award for the late, great Chadwick Boseman, and it should go down as one of the most deserved Best Actor wins in recent memory. Hopkins is so brilliant, turning into the film’s Anthony so seamlessly, that I immediately watched an interview with him as soon as the film ended, just so I can be sure that actor doesn’t actually have dementia.

So yes, The Father is a tearjerker. And in more ways than one it’s scarier than a lot of traditional horror movies. You need to be emotionally ready for it. But, for lovers of pure drama, monumental acting and just edge-of-your-seat cinema – the payoff is so worth it. This is one of those that stays with you for a while.