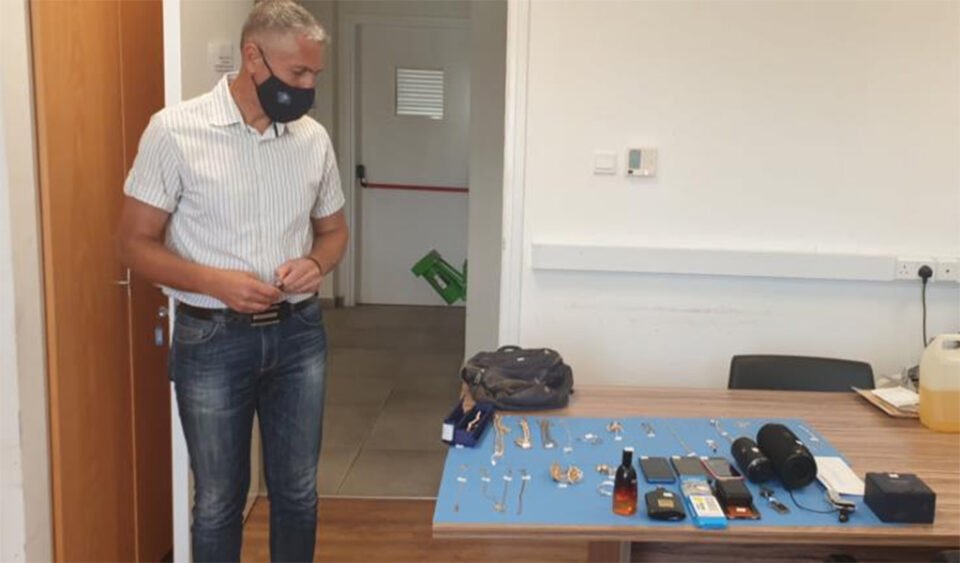 A 20-year-old man has been arrested in Paphos after stolen items were found in his possession after police caught him with a stolen car.

On Sunday evening police spotted a black Mercedes that appeared to be the same as a car reported stolen from Nicosia. The car was parked in an empty lot near Demokratias avenue in Paphos.

Police watched the scene until a man approached the car and attempted to drive it away, prompting them to intervene and prevent him from doing so. The man attempted to flee but was intercepted by police nearby.

The police then determined the man was a local and was also in possession of a bag containing necklaces, faux bijoux, rings and other jewellery, three mobile phones, chargers, perfumes, and speakers.

The police ruled the man did not provide an adequate explanation as to the origin of the items and he was subsequently taken into custody.

Police believe the items are the result of a string of burglaries.