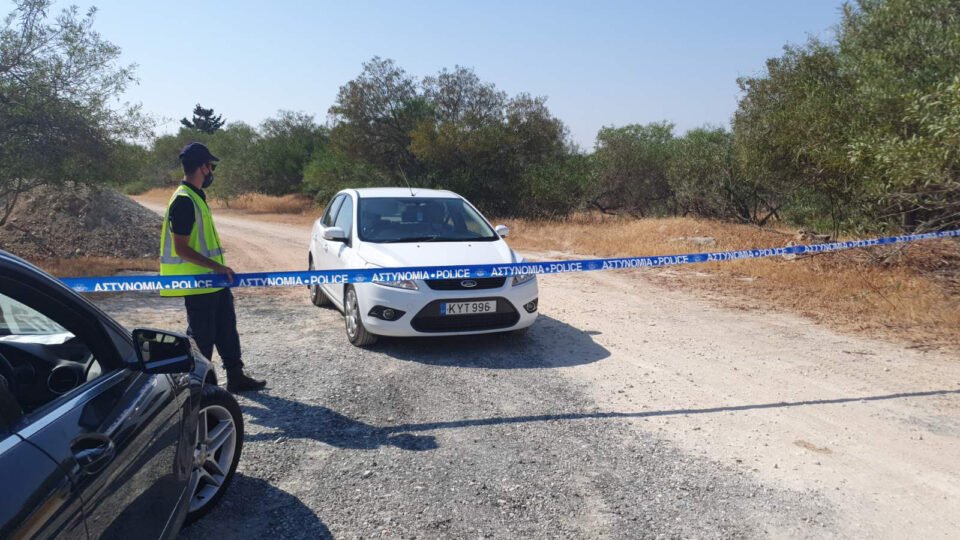 The crime scene in Anarita

Additional testimonies from the workplace and family environment of 60-year-old Andreas Poyiatzis in Paphos and Limassol are expected to shed light into his murder, police said on Monday.

Investigations started when Poyiatzis’ body was found in a burnt car in Anarita village last Thursday, after authorities were notified about a fire in the area.

Head of the Paphos CID Michalis Ioannou told the Cyprus News Agency (CNA) on Monday that the investigative team has been reinforced and holds several pieces of evidence and information.

Scientific examinations as well as examinations expected related to telephone data and other data are expected to give important information in the investigation on the case, Ioannou said.

He added it is believed that the evidence collected will lead police to the identification of the suspects who killed Poyiatzis.

Poyiatzis, who had died after receiving three shots to the abdomen, was probably killed at the scene and then thrown into the car which was found burnt, as shell casings were found in the area, Ioannou said.

But further explanations as to the causes behind his murder might be provided following statements by colleagues, family members and friends of the deceased.

Moreover, police are assessing material from CCTV cameras of the wider area, apart from the crime scene, Ioannou said. There are many questions that arose during investigations that are yet to be answered, he added.

Poyiatzis was a businessman who was working in Limassol, but living in Nata, Paphos.

His body was found last Thursday in the Dasoudi area of Anarita after nearby residents informed the authorities about a fire.

After the fire was extinguished, police found the remains, which were identified by scientific comparison of genetic material (DNA) obtained from his relatives.

State pathologists Angeliki Papetta and Orthodoxos Orthodoxou examined the scene for several hours on behalf of the state, accompanied by Marios Matsakis who was hired by the family. They concluded his death was caused by injuries to the abdomen, caused by a firearm.

Examinations at the scene revealed that the fire had been set maliciously.

Media reported that the victim had left Nata around 6.40am on Thursday, taking the Nata-Anarita road towards the Paphos-Limassol highway, twenty minutes before the fire was set in Anarita.