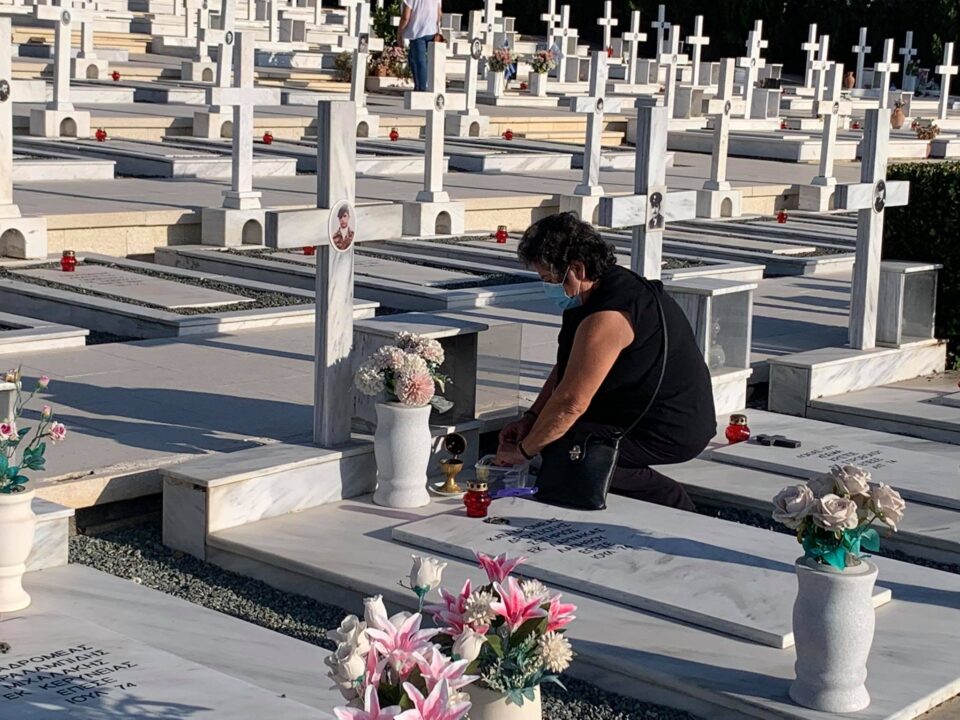 Cyprus pays tribute on Tuesday to all those killed during the Turkish invasion in 1974 which resulted in the occupation of 37 per cent of the Mediterranean island’s territory, an EU member state since 2004.

Memorials and other commemorative events take place today, while air-raid sirens sounded at 0530 local time when the Turkish invasion was launched and Turkish troops landed on the island`s northern shores on this day, 47 years ago.

In the morning, President Nicos Anastasiades, attended the memorial service for the fallen during the Turkish invasion, at Makedonitissa Tomb. Also there were Defence Minister Charalambos Petrides, Greek Defence Minister Nikolaos Panagiotopoulos and the heads of the Army Forces of the Cyprus and Greece, Lieutenant General Demokritos Zervakis and General Constantinos Floros.

Other officials and citizens also paid their respects. Wreaths were laid and the National Anthem was heard.

President Anastasiades in a twitter post said that Turkey’s invasion of Cyprus in July 1974 continues to be a provocation of the basic principles of the international community and that we continue our struggle focused on the international law.

The Ministers of Defense of the two countries made statements to the press following the memorial service and noted the enhancement of the bilateral relation and the fact that Cyprus and Greece are pillars of stability in the region.

Petrides said that today Cyprus pays tribute to its heroes who lost their lives for the country’s freedom and to all those whose fate remains unknown.

The Minister pointed out that today Cyprus is faced with even bigger challenges as Turkey is putting forward new provocative claims in theexclusive economic zone and in Famagusta , adding that these challenges require unity and consensus. He expressed Cyprus gratitude for Greece’s ongoing support saying that the presence today of his counterpart and the Head of the army of Greece shows the enduring support.

The Greek Minister said that today showing the utmost respect we commemorate our heroes who sacrificed their lives defending Cyprus during the Turkish invasion and pointed out the symbolism in his presence today as well the presence of General Floros. He said that Greece is always by Cyprus’ side and that the bilateral relation is strong.

A series of other anti-occupation events will also take place during the day. Political parties and other associations and groups have issued statements, condemning the Turkish invasion and the continuing occupation and reiterating their determination to fight for a just and viable solution.

Turkish troops invaded Cyprus on 20 July 1974, following a military coup that toppled the legal government of the Republic which was engineered with the Greek military junta.

In a two-phase invasion and despite repeated calls by the UN Security Council, Turkey occupied 37 per cent of the sovereign territory of Cyprus. Ankara continues to maintain some 40,000 troops in the northern areas of Cyprus, in complete disregard of appeals for their withdrawal and calls to contribute to a political settlement through peace talks.

Negotiations to solve the Cyprus issue have been held since 1975. Numerous UN backed talks to reunite the island have failed to yield results. A 5+1 Informal Meeting that took place in Geneva, on April 27-29, failed to find enough common ground to allow for the resumption of formal negotiations in relation to the settlement of the Cyprus problem.