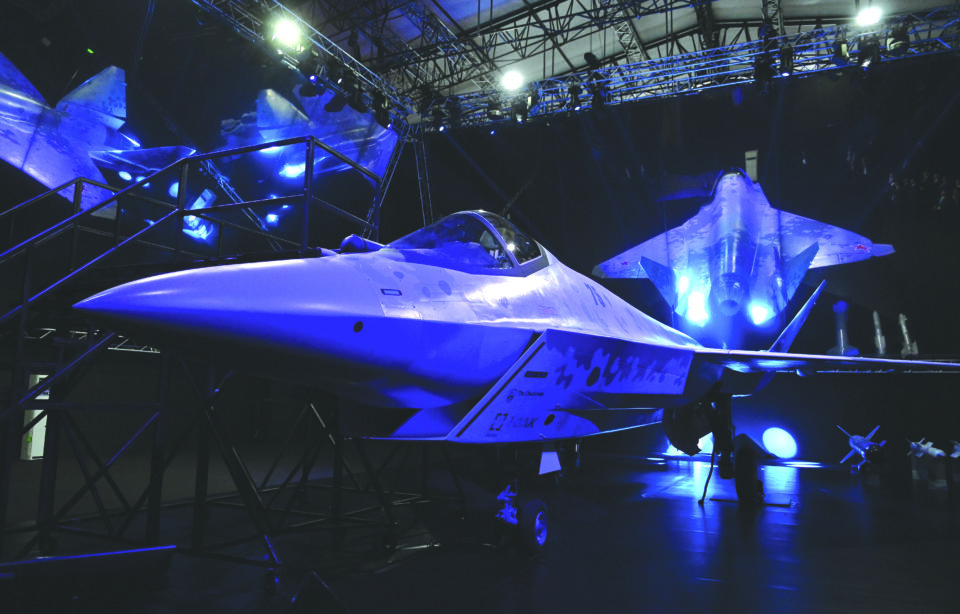 Checkmate, new Sukhoi fifth-generation stealth fighter jet is seen during an opening ceremony of the MAKS-2021 air show in Zhukovsky, outside Moscow, Russia

President Vladimir Putin inspected a prototype of a new Sukhoi fifth-generation fighter jet on Tuesday that Russia unveiled at its annual MAKS air show with an eye on export markets.

The warplane, given the project name “Checkmate”, is likely to be touted as a rival to the U.S. F-35 stealth fighter, said Oleg Panteleyev, head of the Aviaport analytical agency.

The warplane is expected to fly its first maiden voyage in 2023 with a first batch due to be produced in 2026, the Interfax news agency cited a presentation as saying.

Rostec, Russia’s state aerospace and defence conglomerate, said the plane was hard to detect and would have low operating costs. A brief promotional video featured pilots from UAE, India, Vietnam and Argentina, suggesting that Moscow wants to pitch the plane overseas.

Russia has successfully produced prototypes of new weapons systems in recent years, but has sometimes struggled to move to serial production.

Under Putin, it has invested heavily in military aircraft and new armaments, both for its own armed forces and also to boost export revenue from weapon sales. Many of its new weapons are still based on Soviet-era technology from the Cold War.

“Light-class fighter jets are more in demand in the world than heavy-class ones – they are cheaper and more suitable for states that don’t have large territories,” he told Reuters.

United Aircraft Corporation, which is part of Rostec, owns the Sukhoi aircraft manufacturer that dates back to the Soviet era.

Coronavirus: Second jabs to be given to those who got first abroad