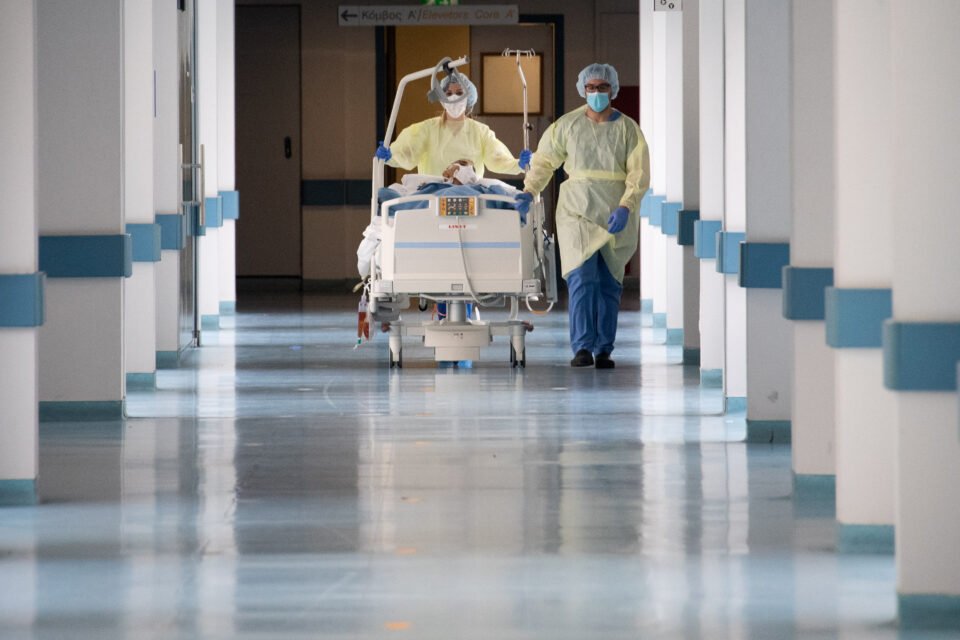 Health authorities expressed concern on Wednesday over the increasing number of Covid admissions, which appeared to get out of hand, as people were forced to wait at home to be hospitalised because of lack of beds.

“The situation is worrying,” the spokesman of the government health services organisation (Okypy) said. “We see the number rising by the day, admissions are more than releases … so the next days will be very difficult.”

Charalambos Charilaou said the problem was compounded by the increased number of patients with other ailments with authorities now referring people to the private sector in a bid to make room.

Hospitals have seen a rapid rise in Covid admissions along with the surge in daily infections, which has been at high triple digits for weeks.

On Tuesday, there were 231 patients with Covid in hospital, 23 in the ICU and 36 in high dependency units.

Judging by the numbers, the admissions were expected to rise further, Charilaou said.

Charilaou said 4,022 people were treated in hospital until July 8, with 402 in intensive care units.

Okypy opened an additional ward at Limassol general hospital on Tuesday to accommodate the additional cases.

“Due to the rapid rise in the number of patients hospitalised with Covid-19, one more ward has opened at Limassol general hospital,” Charilaou said.

Authorities basically converted the general ward into one to treat Covid patients exclusively.

They have also opened an additional short-term ward where doctors assessed whether patients needed to be admitted or if their condition could be monitored by their GP at home.

The head of Limassol hospital’s Covid ward said the situation was out of control.

Andreas Costi said there were 82 patients on Wednesday morning with available beds numbering 90. There were people with Covid at home, waiting to be admitted, he added.

Costi said patients were mostly people under the age of 50 – the youngest being 22 – while 90 per cent were not vaccinated.

“A lot come in late, in serious condition, even if they are at a young age,” he said. “They come in with high needs in oxygen and in the ICU, we have 16 patients with their number rising continuously.”

Two patients were intubated in the past 24 hours, he said, while others were not in stable condition.

Costi appealed for measures to help hospitals cope until more people were vaccinated.

He said hospitals must be reinforced by deploying more beds to accommodate people in time because the more they delayed the worse they got, and a way must also be found to stop the spread of the virus in the community.

The Covid ward at Makarios children’s hospital was also full, according to the director of the paediatric department, Avram Elias.

Elias said five children were currently being treated, a sixth one was expected soon, as well as others in the next days due to the high prevalence of the virus in the community.

“We have five children and expecting a sixth one. Two boys, one and 10-months-old, an eight-year-old boy, and two girls, 11 and 12. Their clinical condition is good,” he said.

One of the children is being given oxygen – the first time in a month. So far, only three adolescents needed oxygen, two of whom had underlying health conditions, Elias said.

He said symptoms in children were mild, but it has been observed that the virus has spread to younger ages, “which was expected because the adults are vaccinated.”

As a rule, babies catch the virus from close family members, mainly parents and siblings, while older people get infected in gatherings, he said.

Meanwhile, according to Elias, there has been an unexpected rise in hospitalisations of children with febrile illnesses like respiratory infection.

He said they had a lot of admissions, which were unusual for the season.

As regards vaccinations, Elias said his personal view was to vaccinate children over 12 to stop the spread.