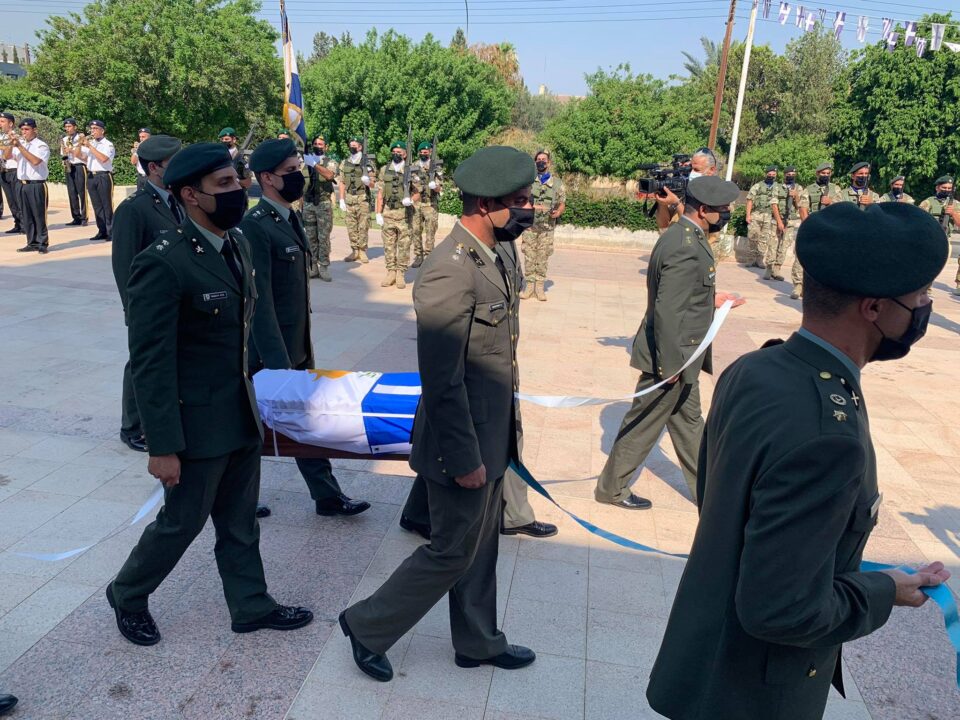 The remains of a Greek artillery officer killed in the 1974 Turkish invasion were handed over for burial in his homeland on Thursday during a church service in Nicosia.

Lieutenant General Stylianos Kalpourtzis, had been missing since July 23, 1974, when his artillery unit he headed was involved in a firefight with Turkish units around the village of Sychari, in the district of Kyrenia.

When he took over the command of the unit in August 1973, he held the rank of lieutenant colonel. He was posthumously promoted to lieutenant general.

Presidential Commissioner Fotis Fotiou said Kalpourtzis was for many years one of the highest ranking missing Greek officers, who had set the good of his soldiers above himself.

“With the self-sacrifice he displayed, he gave a living example that will remain a point of reference for the courageous for ever,” Fotiou said.

Greek and Turkish Cypriots are working together to determine the fate of around 2,000 persons from both sides missing since intercommunal strife in the 60s and the invasion.

A pop-up film event to remember