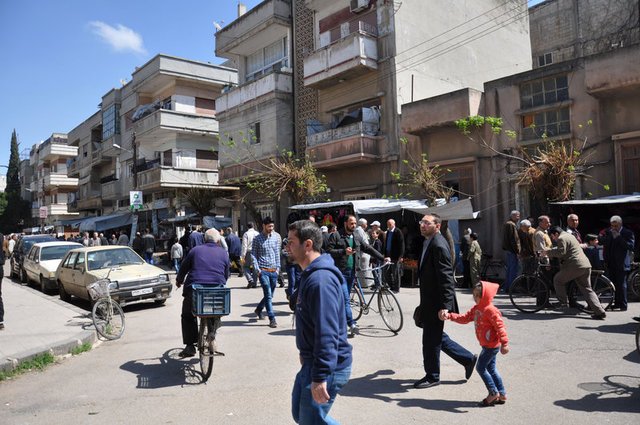 File photo: People shop along a street in the city of Homs

A Syrian military source said in a statement there was some material damage from the strike and no casualties. The Israeli military said it had no comment.

In a separate development, the Israeli military said that after a search near the Lebanese border, troops caught two “suspects” who crossed into Israel overnight. The military said the pair apparently had hoped to find work in Israel.

On Monday, Syria said it had intercepted an attack on Aleppo.

Western intelligence sources have said Israel’s stepped-up strikes on Syria since last year are part of a shadow war approved by the United States.

The strikes are also part of an anti-Iran policy that in the past two years has undermined Iran’s extensive military power without starting a major increase in hostilities.

Traffic police appeal for help after hit and run