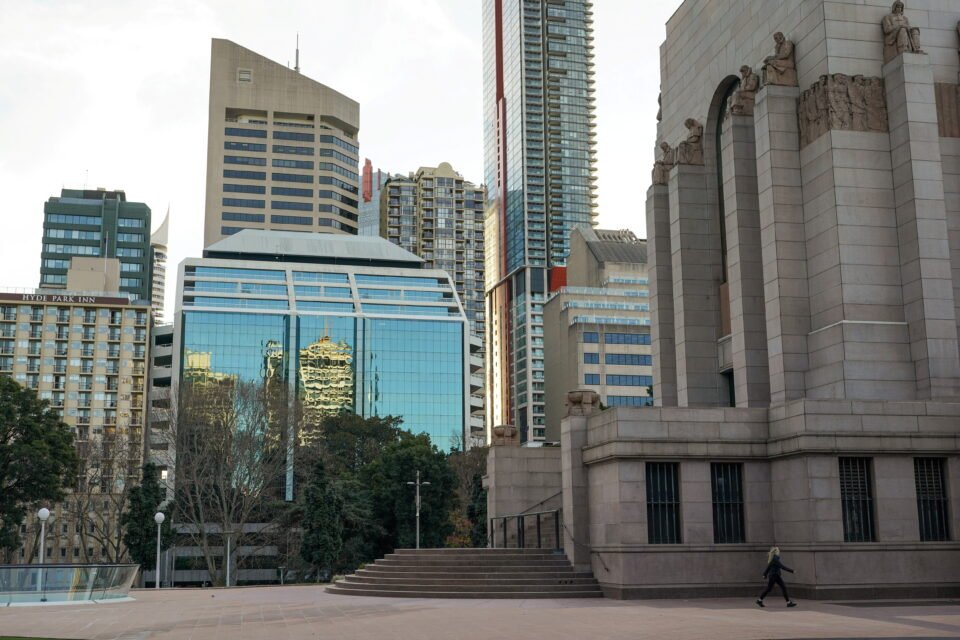 A lone woman walks past the Anzac Memorial as Hyde Park is mostly devoid of people during a lockdown to curb the spread of a coronavirus disease (COVID-19) outbreak in Sydney, Australia, July 22, 2021. REUTERS/Loren Elliott

Australia’s New South Wales state on Friday reported its biggest daily rise in new COVID-19 cases this year, prompting a tighter lockdown in Sydney in what state officials called a “national emergency” that has already derailed a broad economic rebound.

State Premier Gladys Berejiklian also raised the likelihood that stay-home orders for the country’s biggest city would be extended beyond the current end-date of July 30.

“There is no doubt that the numbers are not going in the direction we were hoping they would at this stage,” Berejiklian said as she announced 136 new cases in New South Wales.

Total infections in Australia’s worst outbreak since the peak of the pandemic last year have jumped to just over 1,900 since the first case was detected in a Sydney limousine driver transporting international flight crews in mid-June.

The outbreak of the fast-moving Delta variant was carried across borders to the neighbouring states of Victoria and South Australia, forcing authorities to put more than half the country’s population in lockdown. That has shut down large parts of the economy, even as other parts of the world, including Britain and the United States, open up..

New Zealand Prime Minister Jacinda Ardern on Friday suspended for at least eight weeks the so-called “travel bubble” with Australia that allows movement between the two countries without quarantine.

The Trans-Tasman bubble was a rare quarantine-free arrangement in Asia, where countries have kept their borders mostly closed during the pandemic.

Crucially, at least 53 of the new cases in Sydney were infectious in the community before being diagnosed. Authorities have said that figure needs to be near zero for a lockdown in the New South Wales capital to be lifted.

“I have advised the government today that this is a national emergency, and requires additional measures to reduce the case number,” Chant said.

A formalised “national emergency” would typically unlock federal government funding and other assistance.

State leaders said on Friday they would have discussions later in the day on the New South Wales request to prioritise vaccines being sent to Sydney’s south-west, where the majority of new cases are located.

The leader of South Australia, which is also in lockdown, immediately rejected any move to divert vaccines earmarked for his state elsewhere.

There are 137 COVID-19 cases in hospital in New South Wales, with 32 people in intensive care, 14 of whom require ventilation.

Providing some relief, Victoria state officials reported a fall in new daily cases on Friday to 14, adding that 10 of those were in quarantine during their entire infectious period.

With just over 32,500 COVID-19 cases and 916 deaths, Australia has fared much better than many other developed economies, but stop-and-start lockdowns and a sluggish vaccine rollout have frustrated residents.

About 15% of adult Australians have been fully vaccinated, a rate that is well behind many other developed nations, partly after health advice changed over the use of the AstraZeneca vaccine due to rare cases of blood clots among some recipients.

Australian Prime Minister Scott Morrison on Thursday apologised for the slow vaccination rollout. His government is targeting full vaccination of the adult population by the end of the year.

The vaccine programme could be further complicated after New South Wales health authorities said they may need to push out the interval between doses of Pfizer from three to six weeks, in order to free up more first doses.

Federal Health Minister Greg Hunt on Friday said the country’s drug regulator has approved the use of Pfizer’s COVID-19 vaccine in children aged 12 to 15.

Now at the end of its fourth week, the Sydney lockdown is currently scheduled to run until July 30, while strict stay-home orders in Victoria and South Australia are in place until July 27.

News podcast: Erdogan and the partial opening of Varosha