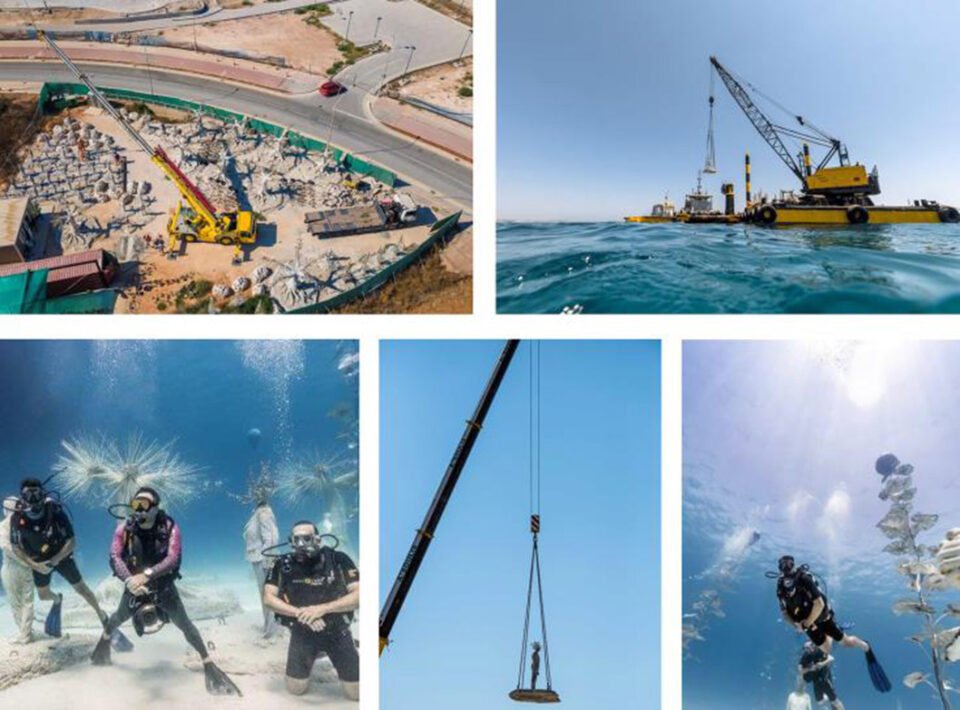 Ayia Napa mayor Christos Zannetos have taken an advance dive into the coastal town’s underwater sculpture museum, ahead of its official opening later this month.

In total 93 works by artist Jason deCaires Taylor, inspired by nature and man, are being installed at the Museum of Underwater Sculpture Ayia Napa (Musan) located off  Pernera beach.

Mayor Zannetos, along with Transport Minister Yiannis Karousos, Taylor and a representative of the fisheries department have already dived to check out the artworks, designed in a way and materials that attract marine life.

The sculptures were placed at various depths, between six and 10 metres, aimed at creating ideal conditions for the development of marine life. They have been placed in a sandy area, 200 metres from the coastline of Ayia Napa and it is expected that in a short time the biodiversity of the area will be enriched, according to a statement by the museum.

Taylor is in Cyprus seeing into the final touches, prior to the museum’s opening on July 31.

Visitors, both divers and swimmers with mask and flippers,  will be able to wander around an underwater forest, the first of its kind in the world.

Musan has attracted a lot of interest by organised groups that want to travel to Ayia Napa to explore the museum.