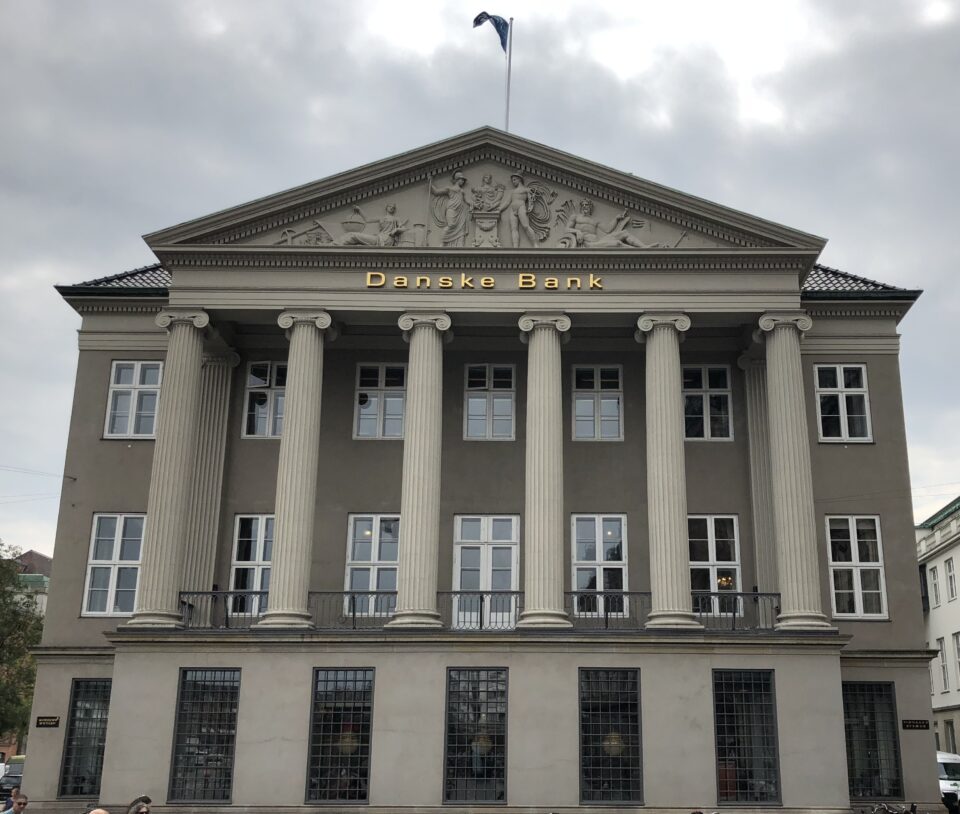 What went wrong at Dankse Bank? In 2018, Denmark’s largest bank, admitted that its Estonian branch had moved more than $230 billion from Russia and other former Soviet states and that a large part of that money was suspected to be of illegal origin.

This article focuses on Danske Bank’s money laundering scandal which is believed to be the third biggest in the world after Wachovia Bank and Standard Chartered.

The year 2007 was a landmark year as Danske Bank took over the Finnish bank Sampo AS, including its Estonian subsidiary. The subsidiary had a large customer base including a ‘non-resident portfolio’ which included customers from the Russian Federation and CIS states.

For nine years, from 2007 up until the beginning of 2016, Denmark’s largest bank and one of the world’s biggest lenders failed to detect the fact that billions of euros of illicit funds from countries including Azerbaijan, Moldova, and Russia were being laundered through its Estonian subsidiary.

While initial estimates suggest that about €4 billion was laundered, it is now indicated that the correct numbers approach more than €200 billion.

The question here is what went wrong for Danske Bank. Based on the two reports commissioned by the Bank, the interim report, by Promontory Financial Group and Report on the Non-Resident Portfolio at Danske Bank’s Estonian branch by the law firm Bruun & Hjejle released in 2018, there were weaknesses in the system of the bank.

The first weakness was that there was no full integration of the subsidiary branch into the system. This resulted in the branch running independently without the bank exercising sufficient management and control. The second weakness was the inadequate compliance policies and procedures with compliance and Anti-Money-Laundering (AML) not being part of the culture of the organisation.

The result was that the bank’s stock-market value was almost halved, and the CEO had to resign. The Estonian branch was closed in 2019 following the order of Estonia’s financial regulator. Investigations in Denmark, France and the US began while a provision of €3 billion against possible fines was announced by the bank.

Were there any signs? Of course there were but no action was taken. In fact an employee had warned the bank on many occasions that there was money laundering activity in the Estonian branch, suspicious transactions and possibly employee collusion. There was also communication between the Danish regulators and the Estonian FSA.

The lessons to be learned are many.  Most importantly, AML culture must become part of any organisational culture. Secondly, there must be a dedicated AML and compliance team operating in any business. Thirdly, senior management must be incentivised and listen closely to its compliance team. Prevention, detection and reporting are key tasks and duties within an organization. After all prevention is better than cure.

In light of the above, the 2021 Report of the European Court of Auditors is highly relevant given the importance of EU anti-money laundering policy and the role of the banking sector. The report highlights the existing institutional fragmentation and poor co-ordination at EU level when it came to actions to prevent money laundering and take action where risk was identified.

The tools of EU bodies are limited. As a result there is insufficient application of Anti-Money-Laundering/Combating the Financing of Terrorism (AML/CFT) frameworks at the national level. There is no single EU supervisor; the EU’s powers are split between several bodies and co-ordination with Member States is carried out separately.

The EU adopted the first AML Directive in 1991. The latest, fifth version of the AML Directive is Directive (EU) 2018/843 of the European Parliament and the Council of 30 May 2018.

Member States were obliged to enact it in national law and implement its provisions no later than 10 January 2020. Over the years, the Directive has become increasingly wider in scope to also include the banking sector.

In addition  there are other EU laws which complement the AML Directive such as the Wire Transfer Regulation, which focuses on helping law enforcement authorities track down terrorists and criminals by making transfers more transparent; the Directive on combating money laundering by criminal law, which ensures that there are similar definitions of AML/CFT offences across the EU, as well as minimum penalties; opinions and guidelines for national authorities, drawn up by the three European supervisory authorities: the European Banking Authority (EBA), the European Securities and Markets Authority (ESMA) and the European Insurance and Occupational Pensions Authority (EIOPA) which the Commission has adopted and made law in the form of delegated regulations.

Given the challenges for a full and complete transposition of the AML Directives in the national orders and the various recent bank scandals the Commission is planning to create a new EU agency which will at the center of an updated regulatory system involving national authorities as well: The Anti-Money Laundering Authority (AMLA). Money laundering, terrorist financing, and organised crime continue to be major problems which should be addressed at Union level while at the same time national regulators should strive to do their best by simply doing their job: Harmonise anti-money laundering laws and implement them correctly.