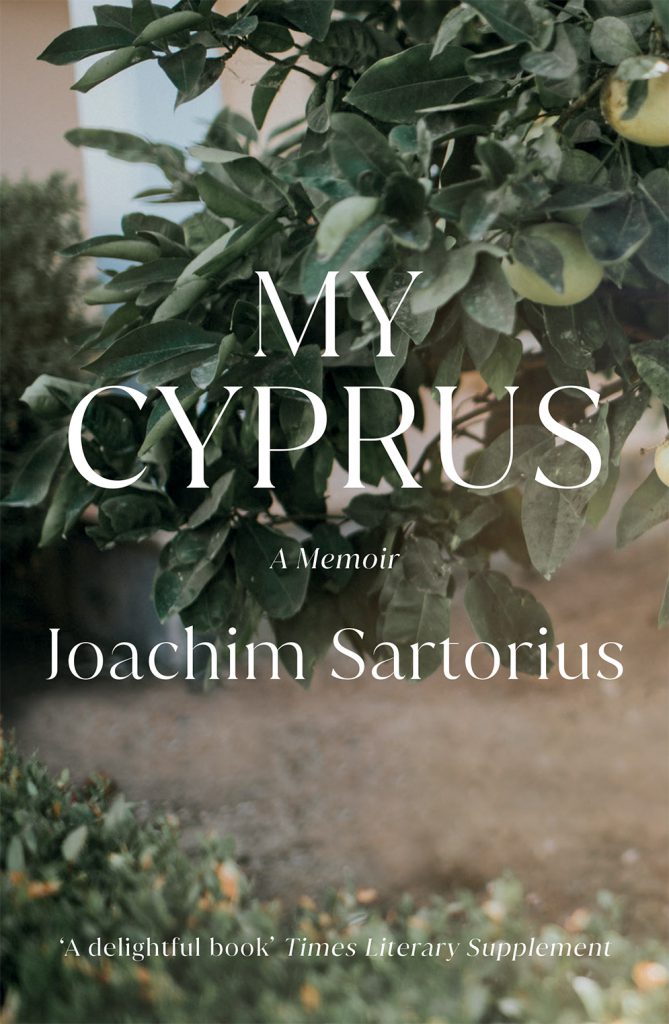 My Cyprus, a memoir and guide to Cyprus written by Joachim Sartorius, former German ambassador to Cyprus, has been published in the German language in 2013, but has only recently been made available as a paperback in English, which gives non-German speakers an opportunity to read this delightful book.

Unlike many books written about the island – and what one might expect of a diplomat – this is not a book only about politics. It is also about the history of Cyprus, its cultural sites, its churches, villages, towns and reveals much about its people, both in the north and south of the island.

Sartorius is a skilled poet and writer – evident in his descriptions of the seasons, the people he met and the places he visited.

The author, an outsider with a diplomatic passport, lived and worked in Cyprus from 1984 until 1986, and made the most of his status. At the time he was one of very few people who could travel freely from his office in southern Nicosia to the north, something he did not do only for his own enjoyment but also to create this record of what life was like in all areas of the island.

He spent three summers in Lapithos (1984 to 1986) in the house of the late British architect Austen Harrison, now Asil Nadir’s house, and in Bellapais (Walnut Cottage). In 2012 he returned as a tourist for three weeks and completed his notes from so long ago.

“What I am basically trying to do is create a concoction of two eras,” he commented.

An example of what makes the book so special is what strikes Sartorius when he first visits the house in Lapithos, the place where he spent two of the happiest summers of his life. “There was a goldfish pond in the centre of the square [of the house], next to a mighty pepper tree. I thought spontaneously of the Garden of Eden.”

While he writes about inhabitants in the north, Sartorius also mentions meeting a number of people most readers will probably be more familiar with, including the late poet Niki Marangou and her sister Anna, then mayor Lellos Demetriades, and painter Horst Weierstall, candidly stating what he thinks of all of them.

Of the two Skyanides brothers, the family who had built and ran the Forest Park hotel in Platres, he has this to say: “When we arrived, two men, young no more, were shuffling around, both with prominent noses, both with strikingly large earlobes.”

Platres was just one of the many places the diplomat and his family visited in the 1980s, and the author depicts many areas, from Famagusta to Akamas.

The reader can benefit from the impressions of a sensitive traveller, plus the history of the various places is always part of the narrative, adding to its richness.

Sartorius returned to Cyprus for a few weeks in 2012 as a tourist, the time which he calls the second era. By then much had changed, and he doubts the fact that by then Greek Cypriots had been able travel to the north since 2003 had helped to bring the communities together.

One can sense a great deal of disappointment as many places he once knew had been “smothered in a riot of mindless developments” a prime example being Latsi. In the 80s: “Latsi radiated a happy abandonment. We felt so at ease that we stayed for a week and wandered around the as yet unspoilt Akamas peninsula.”

Years later: “Even though I am expecting it, I am thunderstruck. That day-dreaming, tiny nowheresville, which consisted of three to four buildings, has become a boom town. I cannot bear to think that the old Latsi, the deserted, ruled-by-nature Latsi, has been lost forever.”

A must-read for both travellers to Cyprus and residents of the island as it covers so many aspects and is a joy to read.