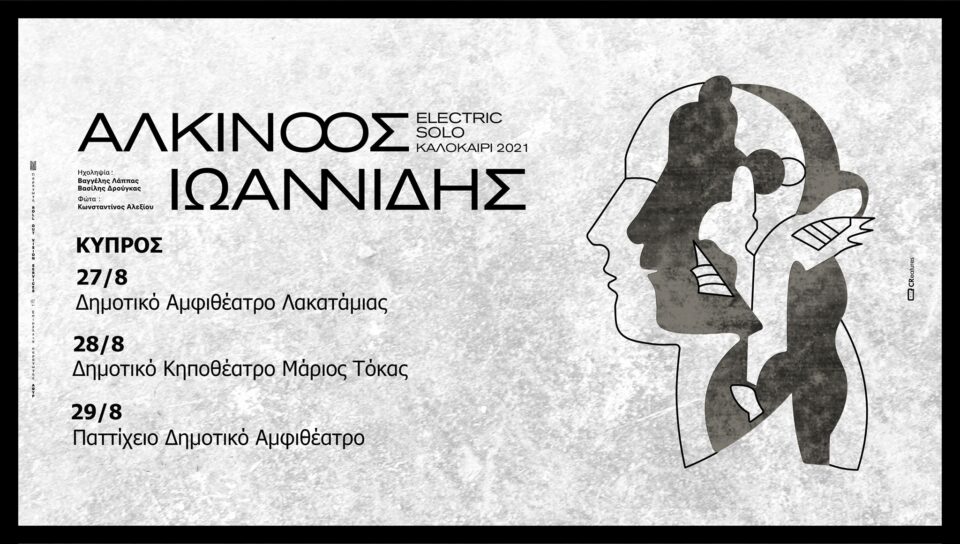 Summer concerts are a must on the island’s cultural agenda and greatly looked forward to in the warmer months. Last year in between lockdowns and restrictions few managed to happen. This year more are taking place, still with stricter restrictions but they are happening and have been dearly missed!

Coming soon to our island is another well-known and beloved musician, scheduled to perform in three cities this August. Alkinoos Ioannides will first perform at Lakatamia Amphitheatre in Nicosia on August 27, then at the Limassol Municipal Gardens on August 28 and finally at Pattihio Theatre in Larnaca the following day. He arrives with a completely new programme, ready to share new stories. Alone on stage in a concert series called Electric Solo he will perform a show that reflects the dreams and realities of life and the current times.

“In recent years,” said the organisers, “we have become accustomed to Alkinoos being with his acoustic guitar and lute. But this particular show is based on the electric guitar. Through the sound palette of its pedals, Alkinoos returns, after years and in a special way, to an electric sound, while with the technique of live looping, but also through the use of analogue synthesizers and percussions, he adds to his sound, elements of electronic music. This special approach, together with his voice, give a new dimension to his songs.”