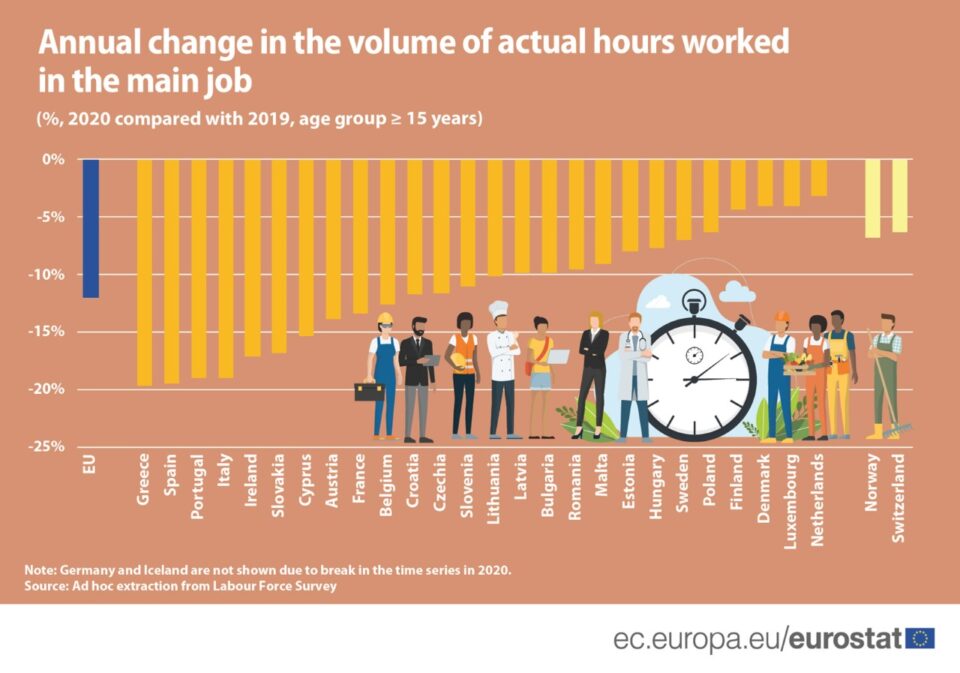 The coronavirus pandemic led to a 15 per cent drop in the number of actual hours worked in Cyprus in 2020 compared to 2019 – more than the EU27 average of 12 per cent, according to figures published by Eurostat on  Monday.

The EU’s statistical office said that at the national level, there was a decline in hours worked across all Member States.

Cyprus’ 15 per cent drop in the number of actual hours worked in the main job was the seventh biggest in the EU.

The EU countries where there was little change in hours worked (with a reduction of less than 5 per cent) were: Finland (-4.4 per cent), Denmark and Luxembourg (both -4.1 per cent) and the Netherlands (-3.2 per cent).