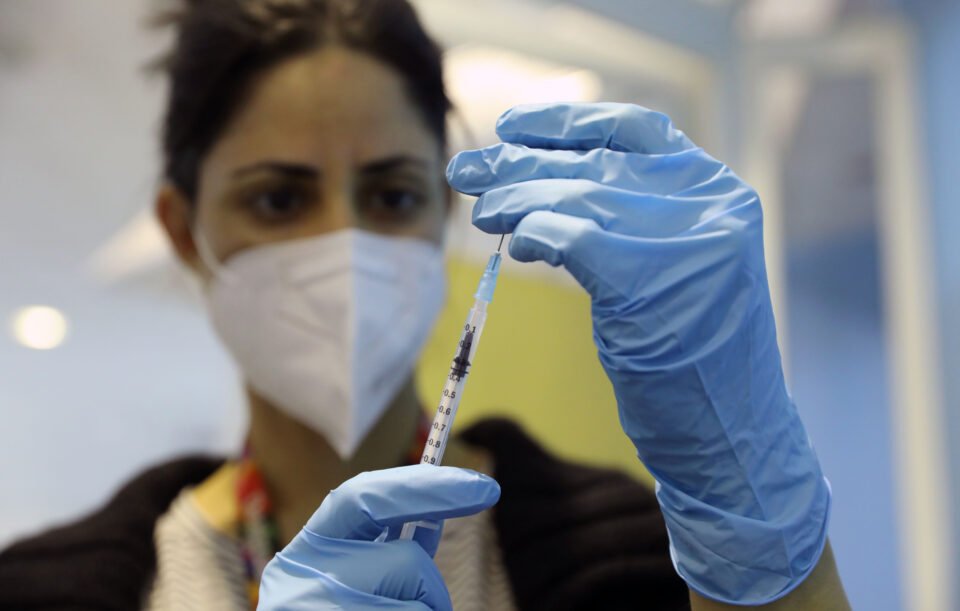 A total of 25.7 per cent of teenagers aged 16 to 17 have received at least one dose of an anti-Covid vaccine while 63.5 per cent of adults have completed their vaccination, the health ministry announced on Tuesday, ahead of cabinet’s discussion on Friday regarding the possibility of vaccinating children under 16.

In a written statement, the health ministry said that 72.2 of the eligible adult population have received at least one dose of the vaccine as of July 26. Health authorities have set a target to vaccinate 80 per cent of the eligible population with one dose by the end of August.

So far, the majority of elderly residents have received at least one dose of the jab.

Some 81.6 per cent of those aged 40 to 49 were also administered at least one dose, while 63.1 per cent of the 30 to 39 age group got vaccinated against coronavirus.

Almost half of the people aged 20 to 29, counting 49 per cent also received a jab, while 38.5 per cent of teenagers aged 18 to 19 got vaccinated, the announcement said.

This leaves some 199,312 people still unvaccinated, according to 2019 data by the statistical service. On Saturday, the number of unvaccinated people stood at 202,781, meaning 3,469 people received a vaccine.

The national vaccination plan was boosted this month with the operation of walk-in vaccination centres. Between July 15 and July 26, a total of 6,894 people got vaccinated at the walk-in centres across the island.

Meanwhile, further announcements are expected to be announced regarding the pandemic after the cabinet meeting on Friday.

Speaking to CyBC early on Tuesday, Health Minister Michalis Hadjipantelas, who met with the epidemiological team the previous day, said most experts appeared to agree that the country should proceed to the vaccination of children aged 15 and under who belong in vulnerable groups. He added that opinions varied on the vaccination of children aged 12 to 15.

As regard to the possibility of administering a third dose to people who received the vaccine earlier this year, Hadjipantelas said Cyprus will be expecting directions from the European Union.

The health minister said the state would proceed with the ban of free coronavirus rapid tests starting August, despite some protest by unvaccinated people who would be required to pay in order to receive a SafePass.

He added that the free tests cost the state €6m a month and part of this money will be channelled to state hospitals as they cope with coronavirus patients.

The minister said there are currently no plans to tighten measures but to better monitor existing ones. He said there may be minor adjustments to the SafePass to make it more functional.