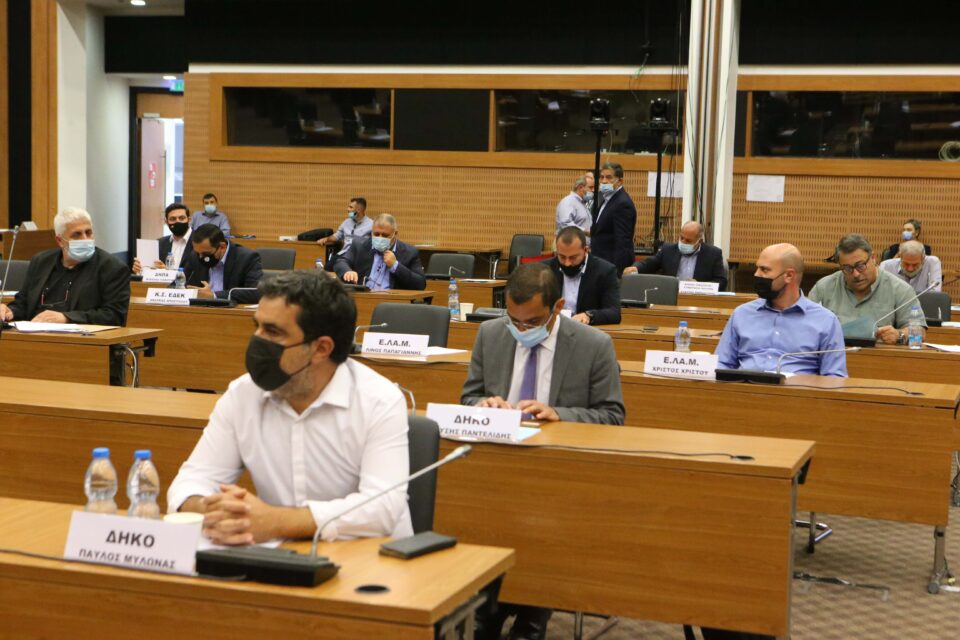 In a special plenary session on Tuesday, the House voted to reject President Nicos Anastasiades’ refusal to sign off on a bill that would renew a freeze on property foreclosures, as lawmakers lambasted the government for concealing correspondence with the European Central Bank apparently showing the latter had no opinion on the freeze extension.

The vote on the president’s referral of the bill went 23 against, 11 in favour, while six MPs abstained.

The bill, passed earlier this month, would have drawn out a moratorium on repossessions to October 31. The freeze is currently set to expire at the end of July.

The stated purpose of the freeze on foreclosures is to give people relief during the ongoing economic fallout related to the coronavirus situation.

President Anastasiades had refused to sign the bill passed on July 8 citing a number of reasons, including that it violated articles of the constitution and appeared to interfere with the right of borrowers to freely enter into a contract.

As per procedure, he had then sent – or referred – the bill back to parliament.

Parliament had the option of accepting the president’s referral or declining it, that is, insisting that the bill be enacted into law.

With the matter now deadlocked legislatively, the president is expected to refer the bill to the supreme court. Until the supreme court rules, the law at it stands applies, with the ban on foreclosures elapsing on July 31.

A political firestorm erupted during the plenary session, when it emerged – following a media report published earlier in the day – that on July 20 the European Central Bank (ECB) sent a letter to the finance ministry here, informing that it took no position on the issue of Cyprus extending its moratorium on repossessions. The finance ministry had previously sought guidance from the ECB.

Lawmakers also got irked by the fact that neither Finance Minister Constantinos Petrides nor attorney-general Giorgos Savvides showed up at a special session of the House finance committee taking place prior to the plenary vote.

Speaking during the House plenary session, the majority of opposition parties claimed the government had deliberately withheld from them the ECB’s correspondence.

The ECB letter was dated July 20, whereas the president’s move to refer the foreclosures bill came three days later. MPs said that from this one can infer Anastasiades knew about the ECB’s position.

The reveal forced the finance ministry later in the day to issue a statement acknowledging the ECB letter. But it said there was nothing in there that showed the ECB was in favour of extending the moratorium on foreclosures.

Opposition MPs took it the other way, suggesting the ECB’s non-committal stance stripped the government of an argument to oppose the repossessions freeze, which is why it chose to conceal the letter.

In the letter, the ECB told the finance ministry it was not taking a position because it felt the matter did not come under its scope, and also because the proposed moratorium extension was only for three months.

Diko MP Christiana Erotokritou excoriated the administration for its hypocrisy, as she said, given that during the last extension to the freeze the government had not opposed it over constitutional reasons, as it is doing now.

She said the government had then turned a blind eye, because the parliamentary elections were coming up, and the ruling party wanted to avoid incurring “the political cost” of opposing an extension to the moratorium.

Akel’s Aristos Damianou slammed the government for “siding with the banks and the vulture funds rather than with distressed borrowers.”

In a statement later, government spokesman Marios Pelecanos rebuffed criticism that the administration did not care for people amid the coronavirus situation.

He cited various actions taken, including the Estia debt relief scheme, deferrals of bill payments to the state, as well as the direct and indirect financial assistance given to businesses and households impacted by the coronavirus-related restrictions.

“With seriousness and responsibility, the government will continue proceeding with policies that ensure the country’s sovereign credit rating, to the benefit of all citizens,” the statement read.

The bill which MPs passed on 8 July provided for prohibiting repossessions on primary residences valued at up to €350,000, business premises with annual turnover of up to €750,000, and agricultural land plots valued at up to €100,000. Previously, the protection afforded was broader in terms of the amounts.