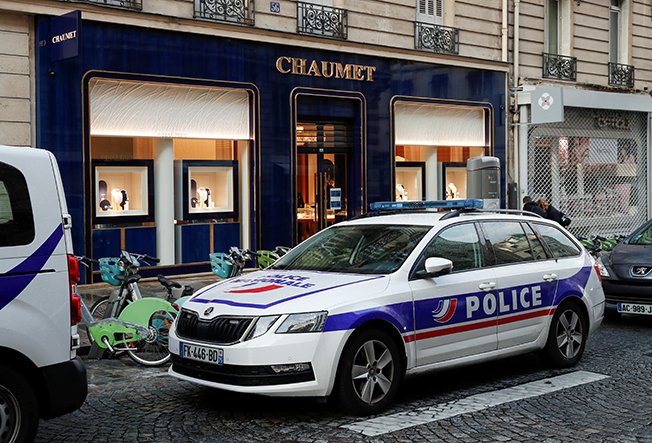 French authorities on Wednesday recovered most of the roughly 2 million euros ($2.37 million) worth of jewellery stolen from a high-end Paris boutique by an armed robber who fled the scene on a stand-up scooter, broadcaster BFMTV reported.

BFMTV, citing sources close to the investigation, said two suspects were detained at a motorway rest area near the city of Metz, close to the French border with Germany. There was no immediate confirmation from French police.

The gems were stolen on Tuesday from the Chaumet jewelry store close to the Champs-Elysee avenue in central Paris.

A closed-circuit television image from the scene broadcast by BFMTV showed a man, identified by the broadcaster as the suspected robber, in a grey suit inside the store.

The broadcaster said he calmly presented himself to staff as a customer, and asked to view some jewelry. He then pulled out a handgun, grabbed the jewels, and left the store.

Another CCTV image broadcast by BFMTV showed what looked like the same man, riding a stand-up electric scooter down the street, with a white bag hanging from the handlebar of the scooter.

Chaumet is one of France’s oldest jeweller brands and is owned by luxury goods conglomerate LVMH.