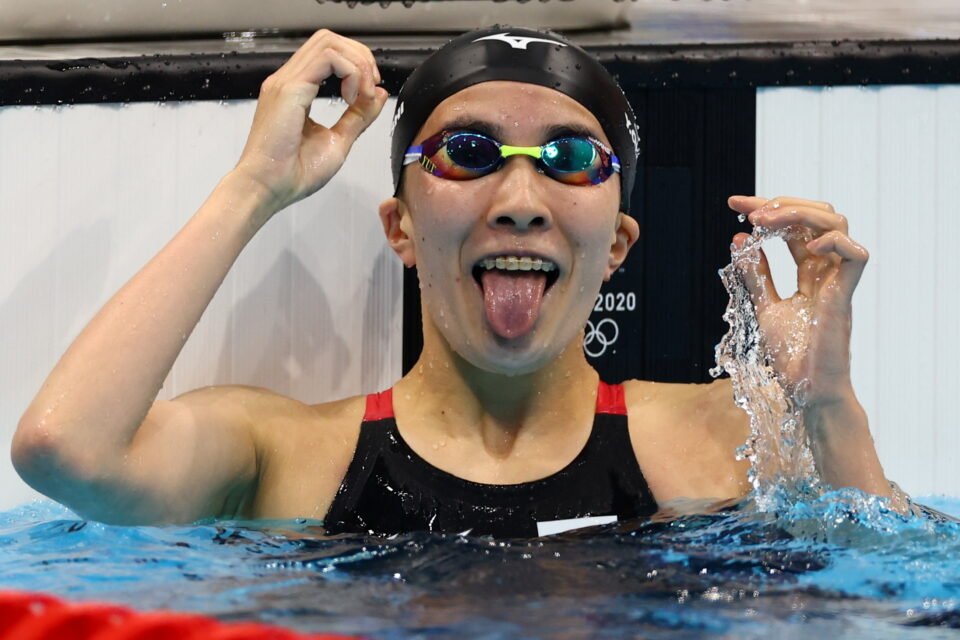 Australia’s Ariarne Titmus and Japan’s Yui Ohashi won their second gold medals in Tokyo while Britain picked up their third swimming gold with an impressive victory in the men’s 4x200m freestyle relay on a thrilling day of action in the pool on Wednesday.

After losing to Titmus for a second time in Tokyo with a disappointing fifth-place finish in the 200 freestyle, there was some consolation for Katie Ledecky with the American winning the inaugural 1,500 freestyle gold to capture her sixth Olympic title.

World record holder Kristof Milak of Hungary powered to the men’s butterfly 200m gold, despite being forced into a last-minute change of swimming trunks.

The women’s 200 freestyle, part two of Titmus’s ‘duel in the pool’ with Ledecky, turned instead into a battle with Hong Kong’s Siobhan Haughey with Canada’s Penny Oleksiak third.

Titmus won in a time of 1:53.50 while Ledecky, the defending gold medallist, finished a distant 1.71 behind the Australian.

“I’m bloody exhausted,” said Titmus. “That was a tough race. I knew Siobhan would be hard to beat. I could tell from the way she swam (in her heat) yesterday it would be tough to beat her,”

Once again the 20-year-old Titmus, dubbed ‘The Terminator’, delivered a blistering final lap — she had been in third place at the 150m turn with Haughey in the lead.

Titmus had beaten Ledecky to gold in the 400m freestyle on Monday and she becomes the first Australian woman to complete the 200-400 Olympic double since Shane Gould at the 1972 Munich Games.

Ledecky made sure she will not leave Japan empty handed however with her comfortable victory in the 1,500 freestyle, with team mate Erica Sullivan picking up silver and German Sarah Kohler bronze.

“I’m so happy. It was a little one-two, which is very cool,” she said. “You couldn’t have a better outcome than that … after the 200 I knew I had to turn the page pretty quick.”

As for her disappointment in the showdown with Titmus, Ledecky was philosophical.

“Maybe people feel bad for me not winning everything. But I want people to be more concerned about other things going on in the world,” she said.

Titmus and Ledecky are expected to face each other in the 800m freestyle on Saturday in which the American is heavily favoured, and they will also be on opposite sides in the 4x200m relay.

Ohashi, who won the women’s 400m medley on Sunday, produced her own double with victory the 200m medley ahead of Americans Alex Walsh and Kate Douglass.

Walsh lead at the 150m mark but Ohashi pipped her over the final, freestyle leg, of the race to delight her Japanese team mates in the spectator-free arena.

“Seems like a dream,” said Ohashi. “It doesn’t feel real. In the last 15 it was really hard, my legs were really hurting but I just kept kicking.”

After individual golds for Adam Peaty and Tom Dean, Britain’s success in the pool continued with the quartet of Dean, Duncan Scott, James Guy and Matthew Richards coming within touching distance of a world record in the relay.

It is the first time since 1908 that Britain have won three swimming golds at one Games.

The British team won in six minutes, 58.58 — just three hundredths shy of the world record set by the United States in 2009.

“It was so close to the world record in the end, if anything, I’m a bit gutted,” said Scott.

They finished 3.23 seconds clear of the Russian team while Australia claimed the bronze.

The United States finished fourth, the first time they have not medalled in this event, aside from the boycotted Moscow Olympics.

Hungarian Milak lived up to his billing as the heavy favourite in the butterfly ahead of Japan’s Tomoru Honda with Italy’s Federico Burdisso taking bronze.

His time of 1:51.25 was an Olympic record, surpassing Michael Phelps’ mark from an event he once dominated.

His time might have been even faster if not for a mishap with his swimming trunks which forced a quick change.

Showing reporters a ripped pair of trunks, he said: “They split 10 minutes before I entered the pool and in that moment I knew the world record was gone.

“I lost my focus and knew I couldn’t do it … but I am happy with the gold medal.”