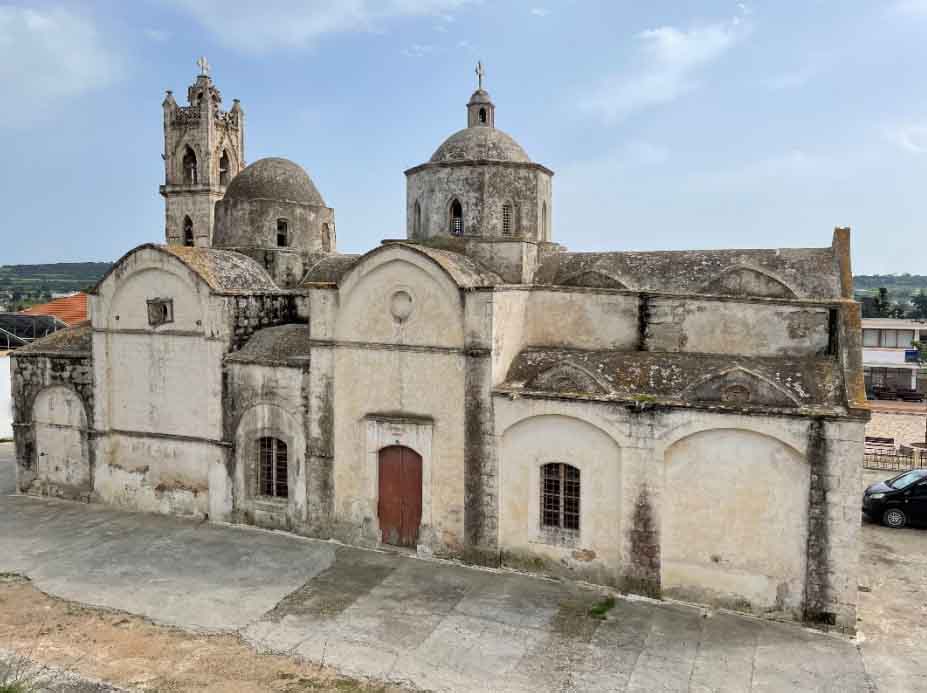 Ayios Synesios dates back to the 12th century

The Technical Committee on Cultural Heritage (TCCH) announced on Wednesday that a contract has been signed for conservation works at the church of Ayios Synesios in the Famagusta area in the north, and that construction has begun.

The works to be carried out will ensure that the church is conserved in its original state. The church of Ayios Synesios, located on a main road crossing, dates back to the 12th century and constitutes one of the most important churches of the wider area of Famagusta.

According to historian Jack C Goodwin, the building was considerably expanded in the 18th century with much of the old edifice being retained.

The project is co-funded by local donors and implemented within the framework of the TCCH, with financial support of the European Union, the committee said.

The conservation works are due to be completed by the end of March 2022.

The works to be carried out at this site will focus on the conservation of the church and will include the following conservation of the floor, iconostasis and other religious and historic items, stabilisation of historic plasters by a conservator, structural consolidation, cleaning, repair and waterproofing of the roof, and cleaning of the stone masonry.