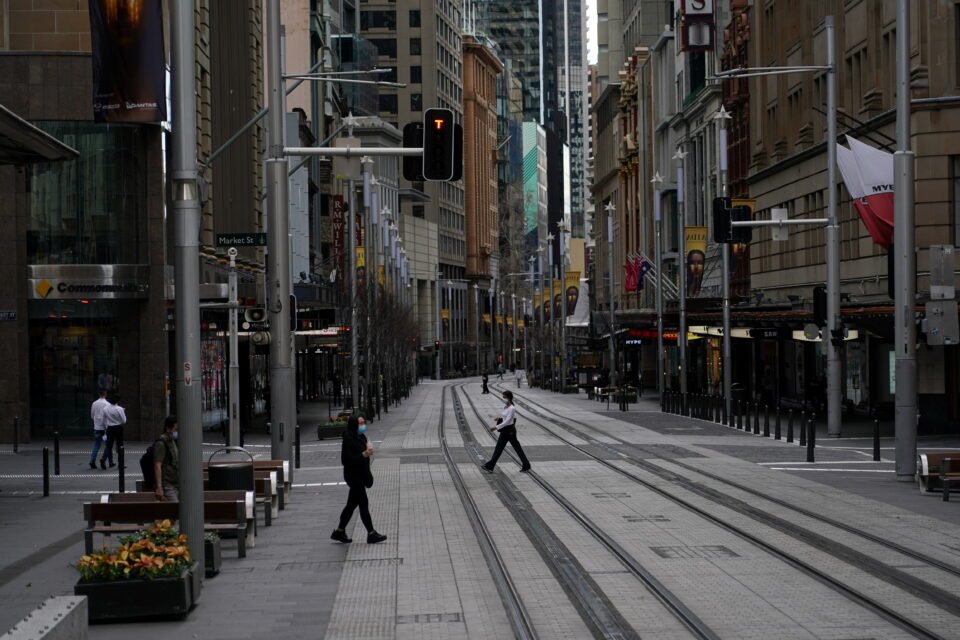 Australia’s biggest city Sydney posted a record one-day rise in local COVID-19 cases on Thursday and warned the outbreak would get worse, as authorities sought military help to enforce a lockdown of 6 million people poised to enter its sixth week.

Australia has struggled to contain an outbreak of the highly infectious Delta variant in and around Sydney in recent weeks, which threatens to push the country’s A$2 trillion ($1.5 trillion) economy into its second recession in as many years.

Despite an extended lockdown of Sydney, the state capital, New South Wales recorded 239 locally acquired cases in the past 24 hours, the biggest daily rise since the pandemic begun.

“We can only assume that things are likely to get worse before they get better given the quantity of people infectious in the community,” New South Wales Premier Gladys Berejiklian told reporters in Sydney.

Berejiklian said one more person had died from COVID-19, taking the death toll from the current outbreak to 13 and the overall national total to 921.

With little sign that recent restrictions are reducing case numbers, Berejiklian said new curbs would be imposed on the southwestern and western areas of Sydney where the majority of COVID-19 cases are being found.

More than two million residents in eight Sydney hotspots will now be forced to wear masks outdoors and must stay within 5 km (3 miles) of their homes.

With even tighter restrictions set to begin on Friday, New South Wales Police said it had asked for 300 military personnel to help enforce lockdown orders.

“With an increase in enforcement activity over the coming week, I have now made a formal request to the prime minister for (Australian Defence Force) personnel to assist with that operation,” New South Wales Police Commissioner Mick Fuller said in an emailed statement.

A spokesperson for Australia’s Prime Minister Scott Morrison did not immediately respond to requests for comment.

Berejiklian on Wednesday extended the Sydney lockdown by another month, but allowed the majority of construction projects to resume as long as workers do not come into contact with residents.

The restrictions are likely to take a heavy economic toll, with New South Wales accounting for more than a third of Australia’s economy.

Federal Treasurer Josh Frydenberg said he expected the national economy to shrink in the September quarter but the ability to avoid a technical recession would depend on whether New South Wales can avoid a longer lockdown.

“With respect to the December quarter, that does depend to a large extent how successful New South Wales, our largest state economy, is in getting on top of this virus,” Frydenberg told the Australian Broadcasting Corp.

Berejiklian has said restrictions need to remain as too few people in Sydney are vaccinated amid tight supplies of Pfizer vaccines, which Canberra had hoped to inoculate everyone under 60 years old.

All adults in Sydney have now been urged to seek an AstraZeneca vaccine. But citing rare blood clots, many are reluctant and would prefer to wait several months when Australia is expected to receive additional Pfizer supplies.

Only about 17% of people above 16 years fully vaccinated in New South Wales.

More than 2,800 cases have been detected so far, with 182 people hospitalised. Fifty-four are in intensive care, 22 of whom require ventilation. Two new deaths were recorded, taking the total number of deaths in the latest outbreak to 13.

The outbreak in Sydney leaves many with little to do but watch the Olympics, and Australian athletes said they hoped they could provide a little bit of joy with their performances.

“Just extremely grateful and happy that we maybe sparked some joy in some people’s living rooms or something for people to celebrate in the time of lockdown,” Spencer Turrin, Australian Rower and Gold Medallist in the Men’s Four at the Tokyo 2020 Olympics told reporters in Tokyo.