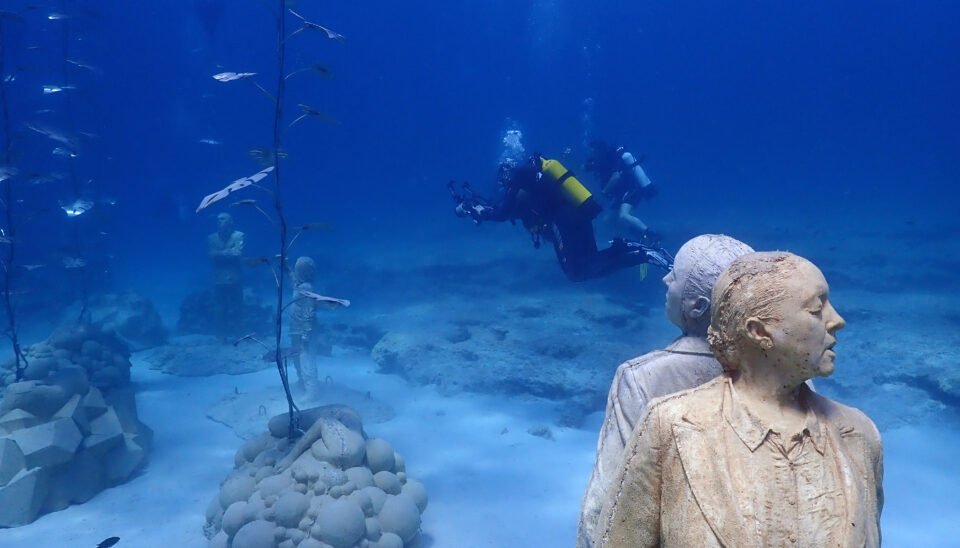 The first divers have visited the Museum of Underwater Sculpture in Ayia Napa (Musan) after it was officially opened on Saturday night.

Speaking at the opening Transport Minister Yiannis Karousos said the museum will put Cyprus on the world diving map and is expected to attract 50,000 visitors annually.

The idea to open such a spot was first put before Ayia Napa municipal council in 2014 and work started on the project three years later.

“I am sure that every visitor to the underwater park will return home taking a little piece of Ayia Napa with them,” Karousos said.

The artist behind the works, Jason deCaires Taylor is worried about climate change and the effects of overfishing, Agriculture Minister Costas Kadis said, which has taken him around the world creating structures that will boost sealife in the area.

“Jason’s sculptures change the way we look at environmental issues and remind us that man can coexist harmoniously with the marine environment,” he said.

“This is an important sector for the destination of Cyprus, which can significantly contribute to attracting a specialised tourist stream,” he said.

The total cost of creating the underwater museum reached one million euro.

Taylor has created a total of 93 works which have been placed at a depth of up to 10 metres and can be seen by divers and snorkellers. They have been designed to encourage plant life to grow on them, and thereby attract more animal life.

The museum is located 200m off the coast of Ayia Napa.