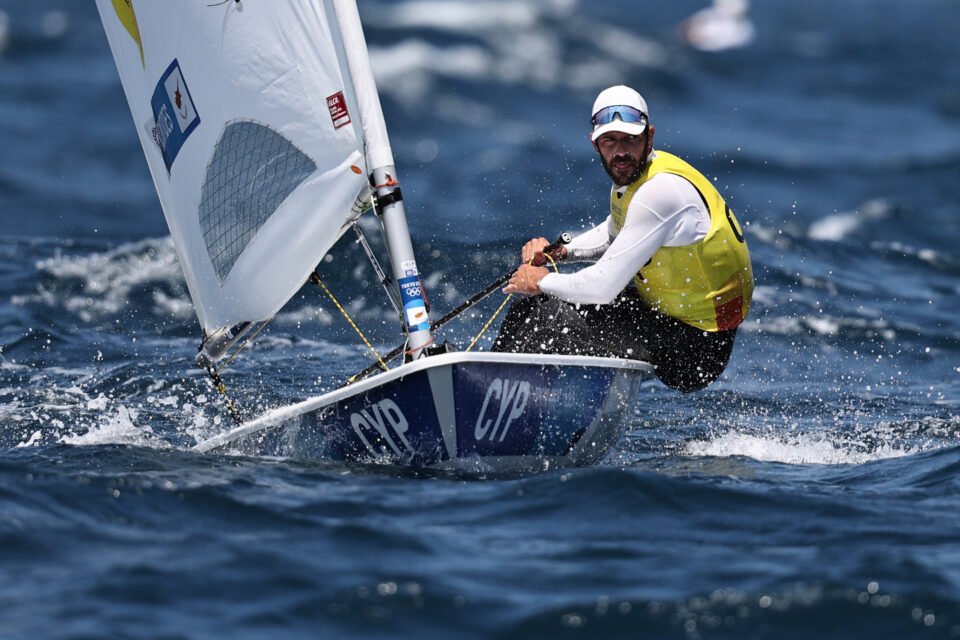 Kontides in a race earlier this week

He came in fourth in the laser category, just three points behind the third placed Norwegian.

Speaking after the event, Kontides said fourth was an “amazing achievement” although he said it hurt to arrive at the spring but not drink water.

The Cypriot sailor finished sixth in the medals race, meaning his overall position rose to fourth.

He had secured his place in the medals race by coming fourth in the ten races held over five days in the laser event.

The gold medal was won by Australian Matt Wear, the silver by Croatian Tontsi Stipanovic and bronze by Norwegian Hermann Tomasgaard.

The Cyprus Sports Organisation (Koa) in a statement congratulated Kontides.

“A huge success for the athlete himself, Cyprus sailing and Cypriot sport, something which makes us all feel exceptionally proud,” it said.

Koa added that with his presence in Tokyo Kontides showed he is part of sailing’s elite on a world scale, representing “in the best way our sport and our small country”.

Writing on Facebook, Limassol Mayor Nicos Nicolaides said that Kontides “expresses the best that this city has to show” in addition to showing the best of Cyprus.

Kontides remains the only Cypriot to have won an Olympic medal after taking silver in the 2012 London Olympics.