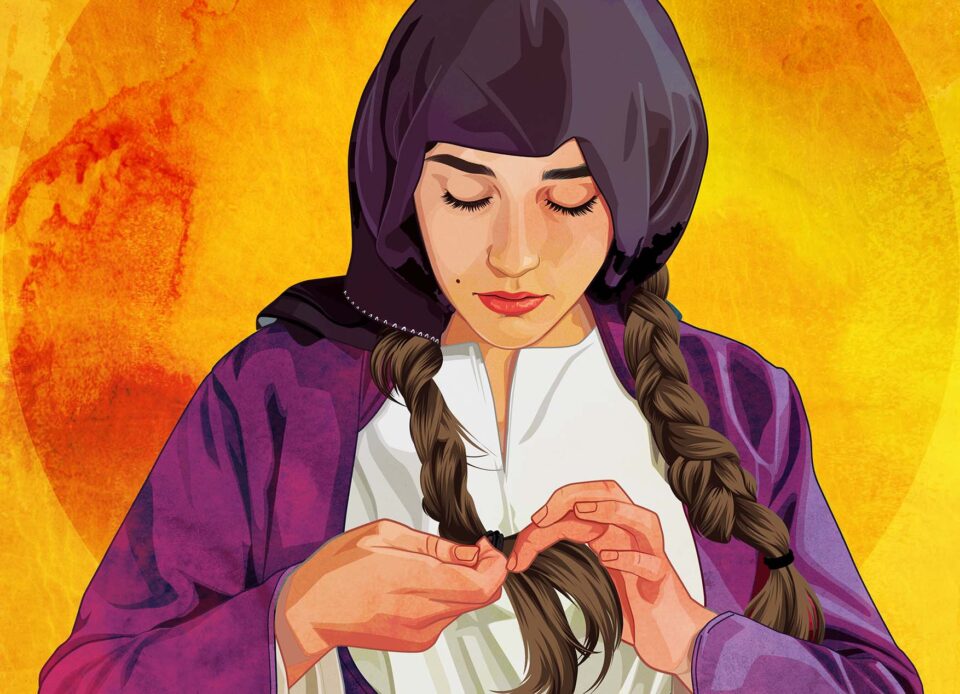 Women of the 1920s and 30s made sacrifices hard to understand in modern times. ALIX NORMAN speaks to a man behind a series of drawings dedicated to them

“Tales of Cyprus is an homage to my island,” says founder, Constantinos Emmanuelle, “It’s a tribute to a time that most Cypriots I have interviewed describe as ‘the golden era’. In fact, Tales of Cyprus has become my own personal crusade to record, document, and preserve the living memories and oral histories of those who grew up in the early part of the 20th century,” he explains. “This is both, my passion project and my cultural heritage project.”

The Facebook page for Tales of Cyprus is a runaway success. Currently topping 26,000 followers, it regularly engages hundreds of thousands around the world: local residents, members of the diaspora, and second-and third-generation Cypriots. Constantinos, who launched the page in 2014, is himself a second-generation Cypriot; a graphic designer based in Melbourne.

Tales of Cyprus was originally inspired by his father; later by the oral histories of countless others. “I realised all the stories my father had ever told me were destined to be lost forever unless I wrote them down. And I also realised that Cypriots who were born in the 1920s and 1930s would take their life stories to the grave unless someone recorded their memories for future generations.”

Today, what began as a simple quest to interview elderly Cypriots has evolved into a multi-disciplinary pilgrimage. Three successful exhibitions of Constantinos’ related artwork, numerous speaking events celebrating the life of this incredible generation of Cypriots, and a best-selling book have sprung from the interest in the Facebook page. And now, in 2021, we’re getting a wonderful series of portraits inspired by the life experiences of Cypriot women. 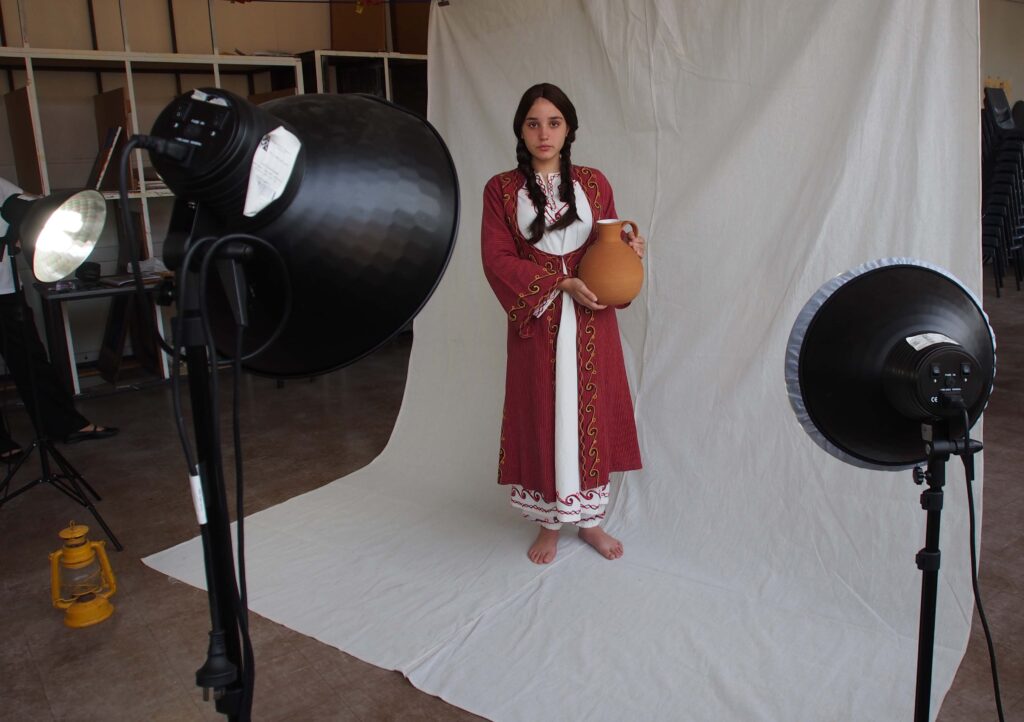 Depicting a young peasant girl from the 1930s, the 12 portraits are based on Constantinos’ interviews with elderly Cypriot women. “To date, I’ve probably interviewed around 60 women – mostly aged between 80 and 100 – who have kindly shared their stories about growing up in Cyprus during the 1920s and 1930s.

“In the course of my interviews, one elderly woman told me that, because she was the eldest daughter, she was automatically expected to help her mother with a multitude of chores, and also help raise her younger siblings. Seeking an education was non-negotiable, as was leaving the village, talking to boys, choosing a career and so many other privileges that we take for granted today. She knew ‘just how unfair’ her life was back then, but also knew she was powerless to change her situation. ‘We just accepted the fact that this is the way it had always been,’ she said. ‘There was no point in getting upset about it.’

“Another woman spoke about the pain and hardship she suffered as a young girl when she realised her life and future would be decided by the family elders. She spoke about how helpless she felt when, aged 16, her parents chose her future husband – a man she did not love or even like.”

A few of the interviewees admitted that ‘ignorance could be bliss.’ “My own mother,” says Constantinos, “who only left her village upon marriage, confessed she had no idea women could have a say in their education, employment or marriage until she came to Australia. She was shocked to discover that our Australian neighbour chose her own husband!

“But most of the women,” says Constantinos, “knew they were living in a sexist and patriarchal society – even if they didn’t know what to call it.

While Tales of Cyprus has shared the knowledge of previous generations, and raised awareness of unsung heroes – such as Mehmet Aziz (largely responsible for eradicating malaria from the island in the late 1940s), Ismet Güney (who designed the Cypriot flag), and the Cyprus Mule Corp, the latest art project focuses on the women who made Cyprus what it is today… 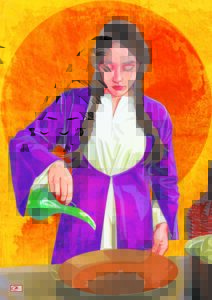 “The main message in these portraits is just how tough and resilient these young Cypriots were; beautiful women who sacrificed their own needs and wants to help and please others. I don’t think we will ever see their kind again.

“The project is a celebration and validation of these incredible Cypriot women,” he explains. “I want my portraits to acknowledge the sacrifices these amazing women made to ensure that their children and future generations could live a better life.”

In the portraits, the young Cypriot woman performs various traditional tasks, such as cleaning, cooking, or embroidery. “But whether she holds a book or a broom does not imply any meaning,” Constantinos reveals. “Since all my artwork is based on my own reference photos, I was limited to what clothing and objects I could include. So, I kept things simple; I kept the focus on the person depicted rather than the activity.”

The process included a lengthy photoshoot – aided by his wife and sister, who helped with the props, wigs, and costume – in which Constantinos took over 300 images of his young model Ourania, the daughter of a good friend. “Then I selected my reference photos; created pen and ink outlines; digitally redrew and added colour; and manipulated them further in Adobe Photoshop. The portraits are a combination of traditional and digital media and drawing techniques,” he explains, “and each took up to 80 hours to complete.”

Although Constantinos is not yet sure what he will do with the portrait series – “perhaps a calendar,” he suggests – there’s definitely another exhibition in the works. Or perhaps a commission. “They’re so striking and colourful, they would work beautifully as large displays in foyers, or on the walls of cafés or restaurants, or even on the side of a building!”

But for the moment, the graphic designer is “just happy to be celebrating the women who made Cyprus what it is. My young peasant girl transcends any religion or ethnic group: Turkish, Armenian, and Greek Cypriots have all claimed her as one of their own. That itself, is validation for me. Along with the fact that many of the elderly Cypriots who have seen the portraits have said, ‘this reminds me of me when I was a young girl’, or ‘it reminds me of my sister or cousin or friend’. I love that,” he concludes. “I love that these viewers see themselves in what is essentially a tribute to their lives.”

To view the first 6 portraits in the series, visit the Facebook page ‘Tales of Cyprus’.

Constantinos is currently working on his next book about the ill-fated voyage of the Corsica, which left the island in 1951 bound for Australia with 800 Cypriots aboard. It will be published in 2022