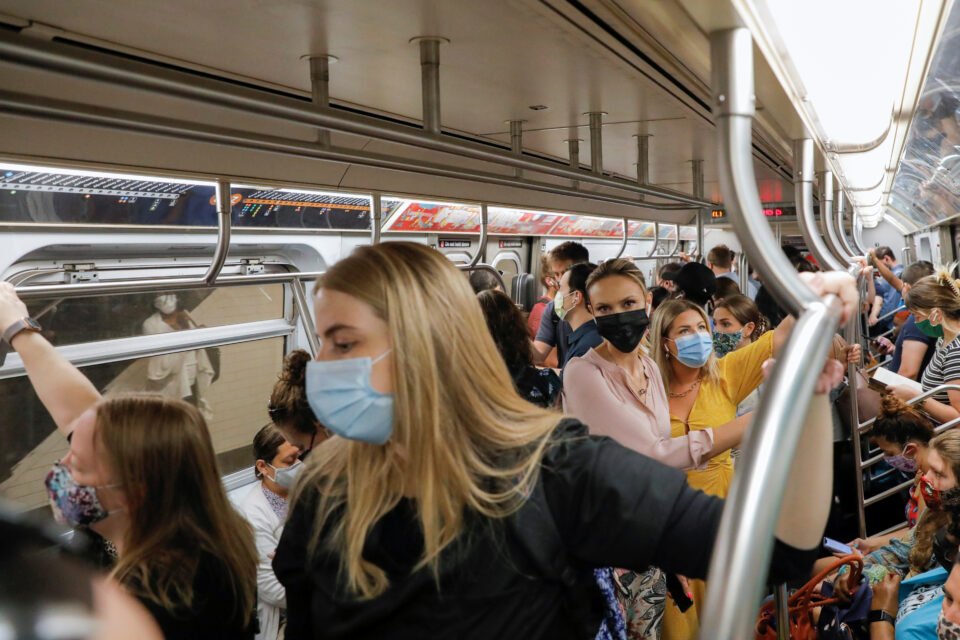 New York City will become the first major U.S. city to require proof of COVID-19 vaccination for customers and staff at restaurants, gyms and other indoor businesses as the country enters a new phase of battling the highly contagious Delta variant.

Unlike the surges last year and in January, highly effective vaccines are now widely available against the virus that has killed over 600,000 people in the United States, lessening the need to close businesses and for people to stay home. (Graphic of U.S. cases) https://tmsnrt.rs/2WTOZDR

The federal government and several states have already required public employees to get vaccinated as have some hospitals and universities. Meatpacker Tyson Foods on Tuesday became one of the largest private employers to require all workers be immunized.

New York City’s policy requires proof of at least one dose and will be enforced starting Sept. 13. Like past policies over masks and stay-at-home orders, the plan will likely meet resistance. In France, the requirement of a nationwide health passport proving vaccination has resulted in police using tear gas to disperse protesters.

“It is time for people to see vaccination as literally necessary to living a good and full and healthy life,” de Blasio told a news conference.

About 60% of all New Yorkers have received at least one dose of the COVID-19 vaccine, according to city data. But certain areas, largely poor communities and communities of color, have lower vaccination rates.

The city’s announcement comes as cases surge nationwide with Florida and Louisiana emerging as major virus hot spots where hospitals are once again straining with the influx of COVID patients. (Graphic on hospitalizations) https://tmsnrt.rs/37mnCry

Florida and Louisiana are both reporting record numbers of hospitalized COVID patients, as one doctor warned of the “darkest days” yet.

More than 11,300 patients were hospitalized in Florida as of Tuesday, with COVID patients filling 22% of the state’s hospital beds, according to data from the U.S. Department of Health and Human Services https://healthdata.gov/dataset/COVID-19-Reported-Patient-Impact-and-Hospital-Capa/6xf2-c3ie. In highly vaccinated Vermont, 0.4% of its hospital beds are occupied by coronavirus patients.

Louisiana was also dealing with one of the worst outbreaks in the nation, prompting Governor John Bel Edwards, a Democrat, to order residents to wear masks again indoors.

COVID-19 hospitalizations in Los Angeles County have nearly quadrupled in the last four weeks to 1,096 on Monday, the department of public health said. The percentage of tests coming back positive for the virus also climbed to 6.2%, up from 1.3% a month ago, according to department data.

Florida Governor Ron DeSantis, a Republican, has taken the opposite stance. He issued an executive order last week barring schools from requiring face coverings, saying parents should make that decision for their children.

The Sunshine State claimed another grim record with the highest number of pediatric COVID-19 hospitalizations — 138 as of Tuesday, more than those recorded in Texas despite the much larger population of the latter.

DeSantis doubled down during a press conference on Tuesday, defending the state’s approach.

In Arkansas, another state were hospitalizations for COVID-19 have spiked, Republican Governor Asa Hutchinson said he will ask state legislators on Wednesday to provide an exception to a law that prohibits state and local government, including school boards, from mandating people to wear masks.

The private sector, including many large U.S. companies, have also taken some steps in response to the Delta variant threat.

Detroit’s Big Three automakers and the United Auto Workers (UAW) union said on Tuesday they will reinstate requirements to wear masks at all U.S. plants, offices and warehouses beginning on Wednesday but are not requiring workers to be vaccinated.

Big Tech companies like Alphabet’s Google and Facebook have said all U.S. employees must get vaccinated to step into offices.