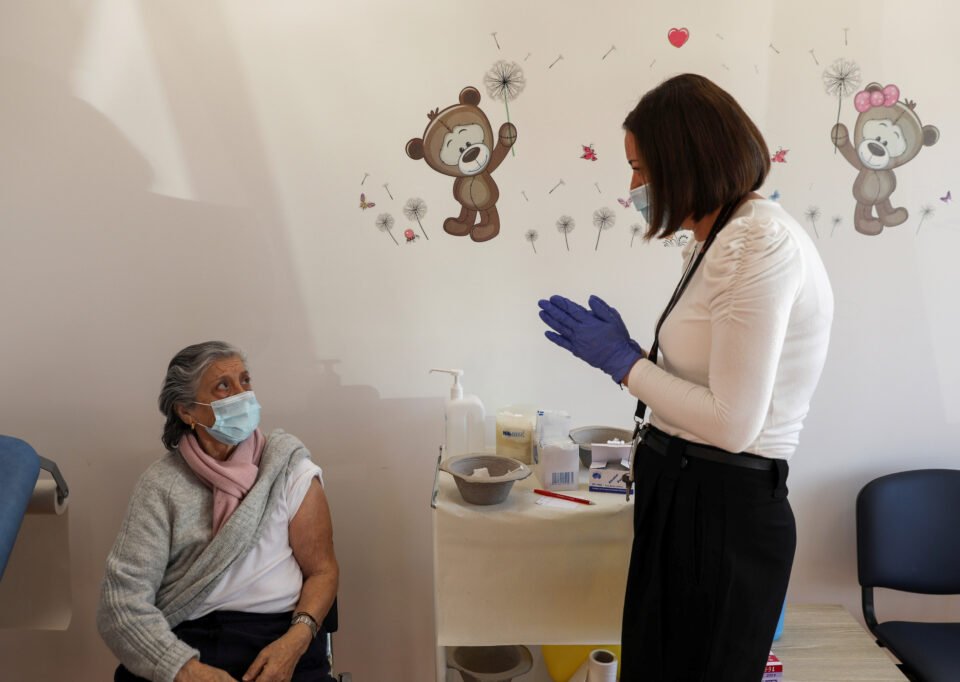 Booster shots for the anti-coronavirus vaccine are highly likely as Cyprus is considering following in the footsteps of other EU countries, with members of the advisory committee on coronavirus saying on Friday that the matter is currently under discussion.

Amid a surge of the Delta variant, data published by the state health services (Okypy) showed that the average age of new hospitalisations is starting to creep up as more elderly patients are being admitted once more. At the moment there are 69 patients over the age of 70 in hospitals, which shot up from 12 in just a month.

Earlier in the week, health minister Michalis Hadjipantelas told reporters that Cyprus is waiting for the EU go-ahead on booster shots, adding that other EU countries have expressed their readiness to go ahead with third jabs for the elderly, who were the first to get vaccinated at the beginning of 2021.

Germany and France have already announced they will begin rolling out booster shots for vulnerable groups, despite the European Medicines Agency (EMA) saying in mid-July that there wasn’t enough data to make an official recommendation yet.

“It is currently too early to confirm if and when a booster dose for Covid-19 vaccines will be needed, because there is not yet enough data from vaccination campaigns and ongoing studies to understand how long protection from the vaccines will last,” the EMA said on Friday.

The advisory team on coronavirus met last week to discuss this issue, with head Constantinos Tsioutis telling Phileleftheros that suggestions have been forwarded to the health minister and that booster shots are “highly likely”.

“Despite the health ministry’s readiness to embrace the possibility of booster shots, we need to wait for vaccine makers to publish figures (taken from clinical trials and real-world data) that will enable the competent European authorities to make a decision”.

Team member and professor of microbiology and molecular virology at the University of Nicosia Medical School Petros Karayiannis told the Cyprus Mail that repeat shots must be needed for some groups.

“We are seeing more and more vaccinated people getting infected,” which might suggest a waning of the effects of the vaccine among those who received it first – a normal outcome with most vaccines, he added.

It said that while on July 5, the over 70s accounted for only 12 patients, by August 3, this had risen to 69 patients in this age group.

It also said that from July 1-20, a total of 18 deaths were recorded, of which six, or one third, concerned fully vaccinated people over the age of 70.

From June 1 to July 26, it said, 48 deaths were recorded, 11 of which involved people with a vaccination history. Of these, two had received only the first dose of the vaccine and nine were fully vaccinated. Eight of the nine were over 71 years old.

As of Thursday there were 293 people in hospitals of whom 89.7 per cent were unvaccinated, the health ministry said.

Asked whether he could give a time estimate on booster shots in Cyprus, Karayiannis said that it was all up to the EU, as “we are completely dependent on them for our vaccine needs. It depends on how quickly they will give the go-ahead”.

At the same time, he added that while the government’s vaccine stock could potentially be used for booster shots, there are hopes that they actually be used for first-time vaccinations.

As for the potential effectiveness of booster shots, Karayiannis said that they will act like other vaccines that are taken yearly, like the flu jab. “I don’t see why these would behave differently,” he said.

Business incorporation in 2021: How Cyprus and Hungary compare with the US