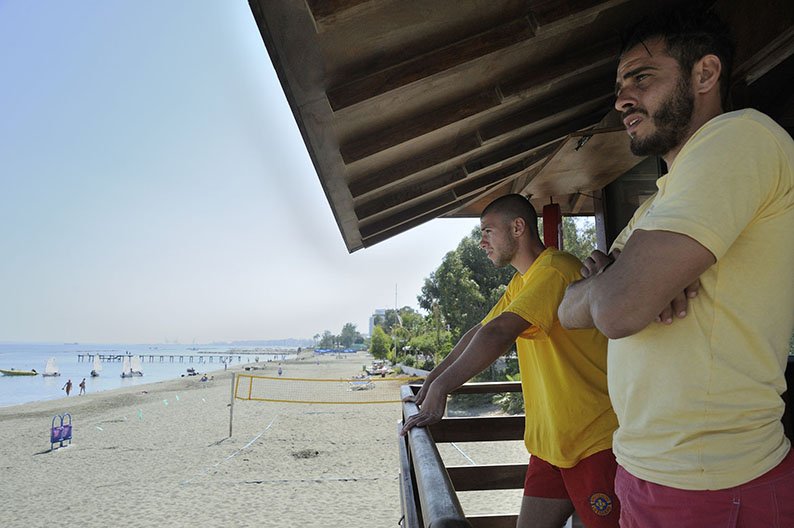 Paphos lifeguards are bracing for thousands of visitors to descend on the district’s beaches this coming weekend, the busiest holiday period of the year locally.

Paphos is the top holiday area for domestic tourism and with many residents choosing to ‘staycation’ this year, the district’s beaches are set to be even busier, according to local lifeguards, who say they are still understaffed.

“We currently have 100 lifeguards working in the district but it should be 110 as a minimum. It’s a bit of a mess at the moment as we are often pulled off our regular beaches to cover those that may be in quarantine as a member of their family has suspected Covid or may be off work for other reasons. We have been assured that we will have more of us for next year, but it remains difficult,” a representative of the lifeguards said.

The most popular beach in Paphos is Coral Bay, a Blue Flagged beach, which is seeing around 2,000 visitors a day at the moment, lifeguards noted. These are Cypriots, locals and tourists and currently there are only six lifeguards working the 1km long stretch, there were 10 here last year.

“It is a bad season for the lifeguards at Coral Bay as there just aren’t enough of us and we have a big responsibility to keep people safe,” he said.

Having said that, there is also praise from the lifeguards for the mayor of Peyia, Marinos Lambrou, as he ensured that the beach has now got a modern, usable tower.

“The tower is fantastic but we do need another one here and 12 lifeguards should cover this area as the beach is 1km long. The government knows of these problems, yet nothing has been done yet.”

In July, lifeguards called off a three-hour nationwide work stoppage after a meeting between the lifeguards’ association (Psen), Interior Minister Nicos Nouris and trade unions.

The government assured they would examine their concerns over salaries and working conditions, and to fast-track a call for tenders for the construction of 45 watch towers, as well as purchasing vital equipment.

In September lifeguards are expecting an announcement from the government concerning the security of the beaches in cooperation with ‘Salamis’, improvements which should have already been implemented, he added.

Salamis is the National Plan for Lifeguarding and Safety of Organised Beaches “SALAMIS”.
Since mid-April, more than 100 rescues have taken place in the district, most at ‘Sandy Beach’ in Paphos, due to huge waves and a rip current, the representative said.

“The sea is very rough here and it is popular with surfers. There is also a bar there. We only have five lifeguards here and there should be eight,” he said.

Around a quarter of saves so far this year have been in life-threatening situations.

Ten of these were at Coral Bay and two of them saw swimmers lucky to survive.

A rescue at Ta Bania in Kato Paphos in June resulted in a 27-year-old Cypriot remaining in a coma in hospital, he said. The incident took place when only one lifeguard was on shift, in an area where there should be two or three, he said.

“We need more lifeguards at Bania and a new tower. It is in a bad position, we can’t see the water properly, the buoys here are far out and it is busy. It is hard for one person to keep a track on everyone.”

“We are expecting thousands on our beaches this weekend and hope that it passes without incident.”

Our View: There are lessons all round from fake vax card scandal