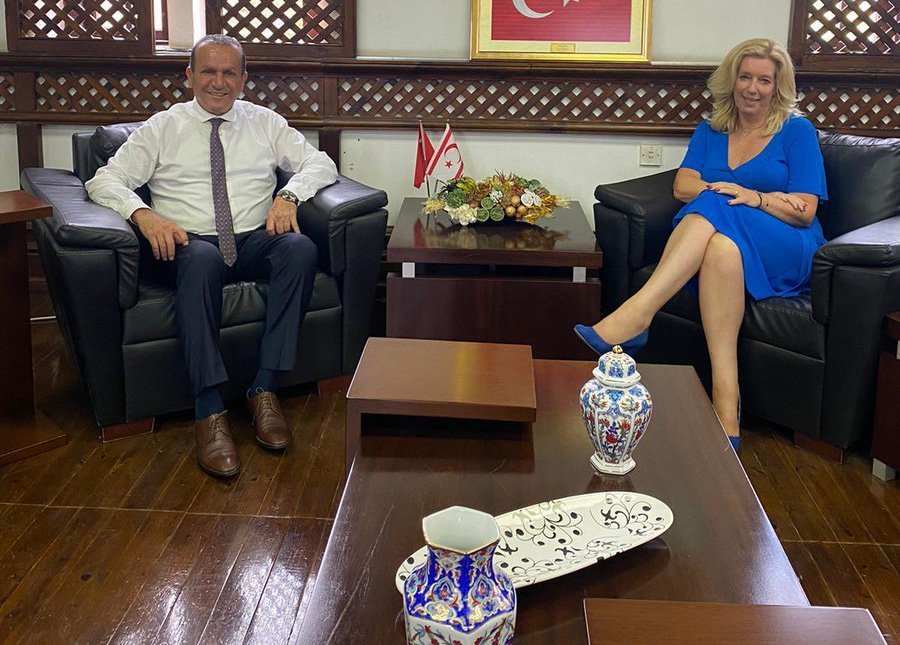 The Cyprus embassy in the Netherlands has lodged representations with the Dutch government over the visit this week by Dutch MP Liane den Haan to the north of the island where she met Turkish Cypriot ‘tourism minister’ Fikri Ataoglu, the Cyprus Mail has learned.

“Cyprus has excellent relations with the Dutch government and members of the Dutch parliament. The incident upset them a lot and they have assured us that they will raise the issue in the House as soon as the body returns from the August holidays,” official sources in the Netherlands confirmed.

Earlier in the week, Finance Minister Constantinos Petrides slammed the Dutch MP for visiting the breakaway Turkish Cypriot state and holding meetings with its authorities.

“Informally speaking, you are a disgrace for the institution you represent, its formal policy, and the European values. You stand for ethnic cleansing and occupation,” Petrides said in a tweet.

The minister joined a chorus of mostly Greek Cypriots who censured den Haan.

MEP Loukas Fourlas who also responded posted: “Your recent visit took place on European territory, occupied by the country whose flag is right behind you. Shame on you for talking about “kktc” (‘TRNC’)”, while calling on her to answer if she really knew where she had been.

She had posted a photo on twitter on August 12 of her visiting the north saying: “Today I had an informal meeting with the minister of Tourism of North Cyprus. An interesting meeting, we talked about the tourism on North Cyprus and how hard it is during the Covid pandemic. #KKTC #kibris” the tweet said.

To a compatriot who pointed out that she was a Dutch MP talking to a minister of a territory occupied and recognised only by Turkey, den Haan said it was an informal conversation that was not held in her capacity as MP.

The sources told the Cyprus Mail on Thursday that den Haan was regarded as a rather “quirky political figure” and “one of a kind”.

“This story about her visit to Cyprus was not reported in the Dutch media,” the sources said. “She may have seized the opportunity to receive publicity through the Cyprus press because she is not getting any attention here,” they added.

According to information, the Dutch MP was not alone in the north during the visit but was with a group of other people from the UK who were invited as guests of the administration there. “It’s a common policy they use to legitimise the illegal entity they have created,” the sources said. “It is unacceptable.”

Den Haan later stated: “I visit Cyprus every year, I consider it my home. I am ready to contribute in any way to the tourism of “Northern Cyprus”. “Some work could be done, with my support, especially to direct here young people and entrepreneurs.”

Biden says he and his wife will get Covid booster vaccine