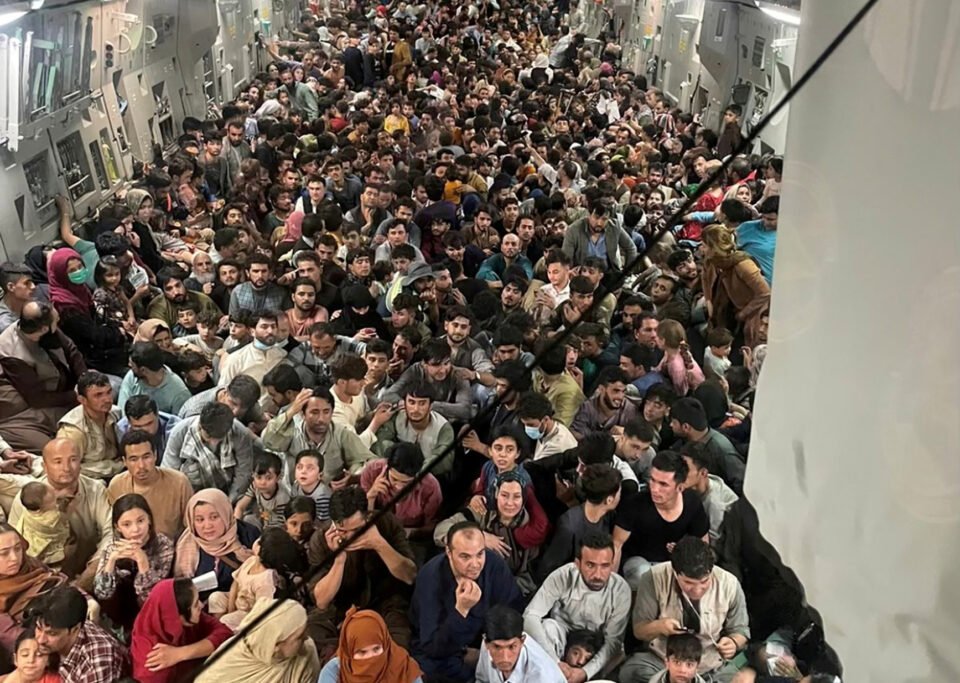 With world leaders bracing for a new humanitarian crisis after the Taliban’s lightning takeover of Afghanistan, the Cypriot government is worried about a potential influx of refugees which will add further pressure on its already overwhelmed asylum service.

“The possibility of mass migratory flows in the near future is highly likely, and something that deeply concerns the interior ministry and by extension, the government,” interior ministry spokesman Loizos Michael told the Cyprus Mail.

As US troops began withdrawing from Afghanistan after two decades of war, the world was shocked by images of thousands of Afghans swarming Kabul airport on Monday, desperate to flee a future under the Taliban.

These developments have alarmed the worldwide community, with many European member states nervous about having to face a new migration crisis like the one of 2015/16, when the chaotic arrival of over a million of Middle Eastern refugees mostly fleeing Syria tested security and welfare systems, fuelling support for far-right groups.

Greece, which found itself on the front lines of the previous crisis as nearly a million Syrians, Iraqis and Afghans fled conflict at home, was among the first to express its keenness to avoid a repeat. “All forces are on alert at the borders, we will not allow a reliving of the scenes of 2015,” government spokesman Yannis Economou told a news conference.

Cyprus has seen very few Afghan refugees in the past six years – just 17 sought asylum while a further 16 were granted refugee status in 2020. Nevertheless, the uncertainty created by this week’s events has alarmed the interior ministry, with minister Nicos Nouris raising the issue of migrants arriving in Cyprus through Turkey and the north, which has played a large part in overwhelming the island’s asylum processing system.

His statements were made during a meeting with his EU counterparts on Wednesday, called to discuss a recent surge of illegal border crossings into Lithuania, which Vilnius believes was orchestrated by Belarus. Blaming Turkey for its alleged role in the Lithuania surge, Nouris said that Cyprus has also been on the receiving end of such tactics, reflecting the government’s fears this might happen with Afghan refugees, as Turkey has already started evacuating civilians.

“The instability in Afghanistan is likely to lead to increased migratory pressure,” EU Home Affairs Commissioner Ylva Johansson said in a statement, calling on member states to step up their resettlement efforts and increase their admission quota to help Afghans in need of international protection, particularly for women and girls.

Even though the Taliban presented a more restrained face during their first press conference after seizing Kabul, the world has not forgotten their previous rule between 1996 and 2001, led by Sharia or Islamic law, which harshly suppresses women’s rights and condones public hangings, stonings and whippings as punishment.

Despite what was said in the press conference, many Afghans fear the new regime will be a return to these practices. “As things stand, the situation in Afghanistan is clearly not safe and it will not be safe for some time, therefore we cannot force people to return to Afghanistan,” Johansson said, ruling out deportations to Afghanistan.

The UN Refugee Agency UNHCR also released a non-return advisory for Afghanistan earlier in the week, calling for a bar on forced returns of Afghan nationals, including asylum seekers who have had their claims rejected. Johansson also said that EU officials must offer support to neighbouring countries like Iran and Pakistan, to which many Afghans have already fled. These countries absorb nearly 90 per cent of Afghan refugees.

Aside from refugees, “thousands were internally displaced in the past year, both due to escalating conflict and to the effects of climate change,” UNHCR Cyprus spokeswoman Emilia Strovolidou said, adding that this calls for more funding to create support facilities and reception centres not only in those countries, but within Afghanistan.

Asked about what Cyprus is planning for a potential influx of refugees, both Strovolidou and Michael said that it might be too early to say, as the situation in Afghanistan is still extremely volatile. “We were already in a state of emergency [when it comes to accepting asylum seekers] and the EU is aware of that,” Michael said. He added that decisions and next steps will be formed as EU officials meet in the next few days and weeks.

“We, the UNHCR, cannot make any predictions [about migratory flows into Europe] yet,” Strovolidou said. “Our concern is offering solidarity and humanitarian aid to people whose lives are in danger. We are watching, just like everybody else.”

Cyprus on red alert for forest fires on Monday