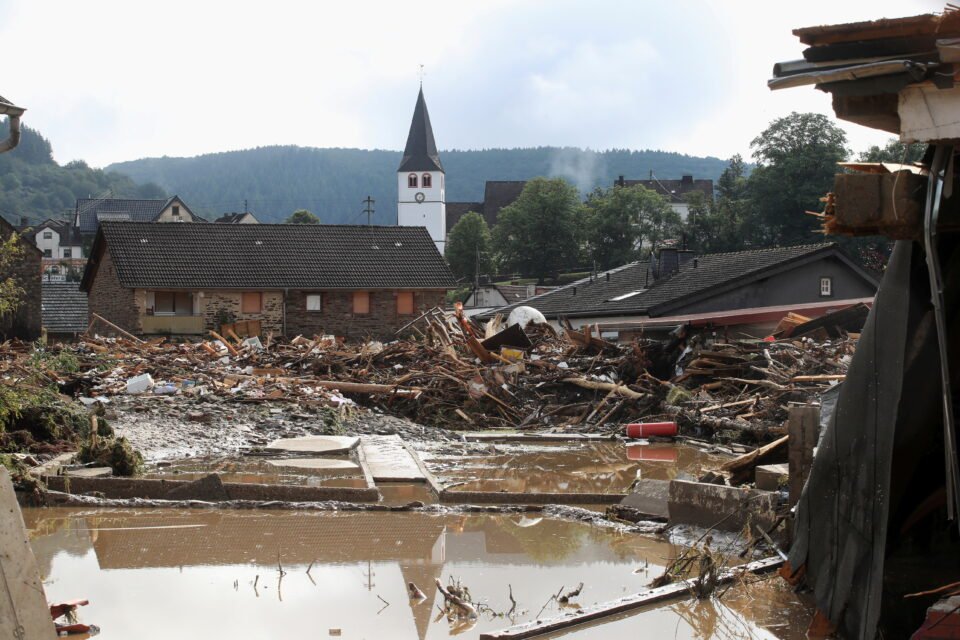 Climate change has made extreme rainfall events of the kind that sent lethal torrents of water hurtling through parts of Germany and Belgium last month at least 20 per cent more likely to happen in the region, scientists said Tuesday.

The downpour was likely made heavier by climate change as well. A day of rainfall can now be up to 19 per cent more intense in the region than it would have been had global atmospheric temperatures not risen by 1.2 degrees Celsius (2.16 degrees Fahrenheit) above preindustrial temperatures, according to research published by the World Weather Attribution (WWA) scientific consortium.

“We will definitely get more of this in a warming climate,” said the group’s co-leader Friederike Otto, a climate scientist at the University of Oxford.

“Extreme weather is deadly,” said Otto, recalling that she urgently contacted family members who live in the affected areas to make sure they were safe when the floods hit. “For me it was very close to home.”

With extreme weather events dominating news headlines in recent years, scientists have been under increasing pressure to determine exactly how much climate change is to blame.

During the last year alone, scientists found that US drought, a deadly Canadian heat wave and wildfires across the Siberian Arctic have been worsened by a warming atmosphere.

The July 12-15 rainfall over Europe triggered flooding that swept away houses and power lines, and left more than 200 people dead, mostly in Germany. Dozens died in Belgium and thousands were also forced to flee their homes in the Netherlands.

“The fact that people are losing their lives in one of the richest countries in the world — that is truly shocking,” said climate scientist Ralf Toumi at the Grantham Institute, Imperial College London, who was not involved in the study. “Nowhere is safe.”

Although the deluge was unprecedented, the 39 WWA scientists found that local rainfall patterns are highly variable.

So they conducted their analysis over a wider area spanning parts of France, Germany, Belgium, the Netherlands, Luxembourg and Switzerland. They used local weather records and computer simulations to compare the July flooding event with what might have been expected in a world unaffected by climate change.

Because warmer air holds more moisture, summer downpours in this region are now 3-19% heavier than they would be without global warming, the scientists found.

That broad range of uncertainty was partly explained by a lack of historical records, WWA explained, and worsened by the floods destroying equipment that monitored river conditions.

Still, the “study confirms that global heating has played a big part in the flooding disaster,” said Stefan Rahmstorf, a scientist and oceanographer at the Potsdam Institute for Climate Impact Research, who was not involved in the study.

“This is in line with the finding of the recent IPCC report, which found that extreme rainfall events have increased worldwide,” he added, referring to a UN climate panel’s findings