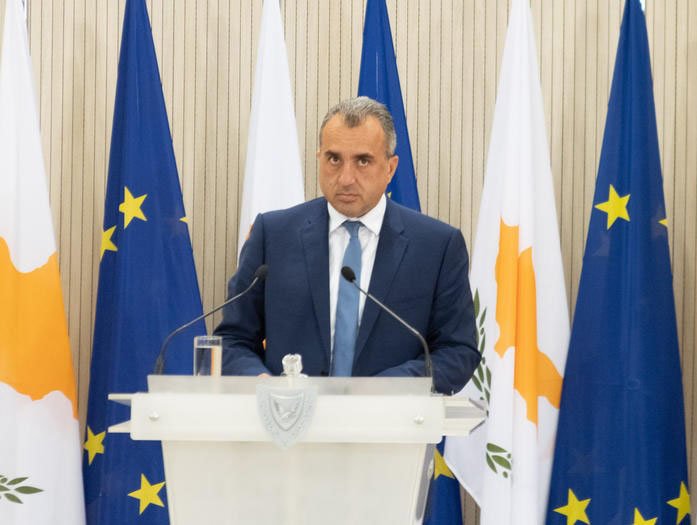 A letter has been sent by Health Minister Michalis Hadjipantelas to the state health services organisation (Okypy) warning “for the last time” about delays, and “compliance with Council of Ministers decisions”.

The minister said he would not allow Okypy delays to leave either his ministry or the government exposed.

The letter, marked ‘urgent’ was obtained by Politis, which published snippets on its website and appears to relate to the implementation or lack thereof of various projects, and specifically mentions ICU beds in one section. It had been sent on Friday to the Okypy board.

In it, Hadjipentelas called for the immediate implementation of the decisions of the Council of Ministers “with respect to the legislative framework, procedures and institutions” and at the same time emphasises to the board “for the last time”, that he is not willing to be left exposed by anyone.

He asks for an immediate action plan that includes costs and a realistic implementation schedule for the various projects.

According to what was published, the letter says the minister had observed within a short period of time from taking office recently that he found that the management of Okypy had not moved forward in almost all of the development projects that were included in its budget.

He claims the executive director of Okypy, even after the publication of the tenders announcement tried to stymie the plan saying he did not agree with it.

“As you are well aware of the decisions of the Council of Ministers, the permanent secretary of the ministry of health has repeatedly stressed to you, they are binding on everyone and there is no question whether you agree or not,” the letter reportedly says.

“Apparently you do not respect either the decisions of the Council of Ministers or the instructions of the minister of health,” the letter adds.

It goes on to mention a project that relates to new hospital beds, saying that not enough action was taken and was not taken quickly enough with the result that out of 54 new beds, only four were available for ICUs.

“[..] time has been allowed to pass without taking any action, resulting in patients suffering, and leaving the ministry and government exposed,” it adds.

“I would like to point out to you for the last time that I am not prepared to be left exposed by anyone, nor is my ministry, nor the government.”

Following publication of the letter, Okypy hit back, saying all of the planned projects were a priority for the organisation and it was following all of the legal procedures.

“In the coming days, the minister of health will be fully informed about the progress of all development projects provided for in the budget and about the problems that existed,” a statement from Okypy said.

‘As a parent you want to give your children everything’