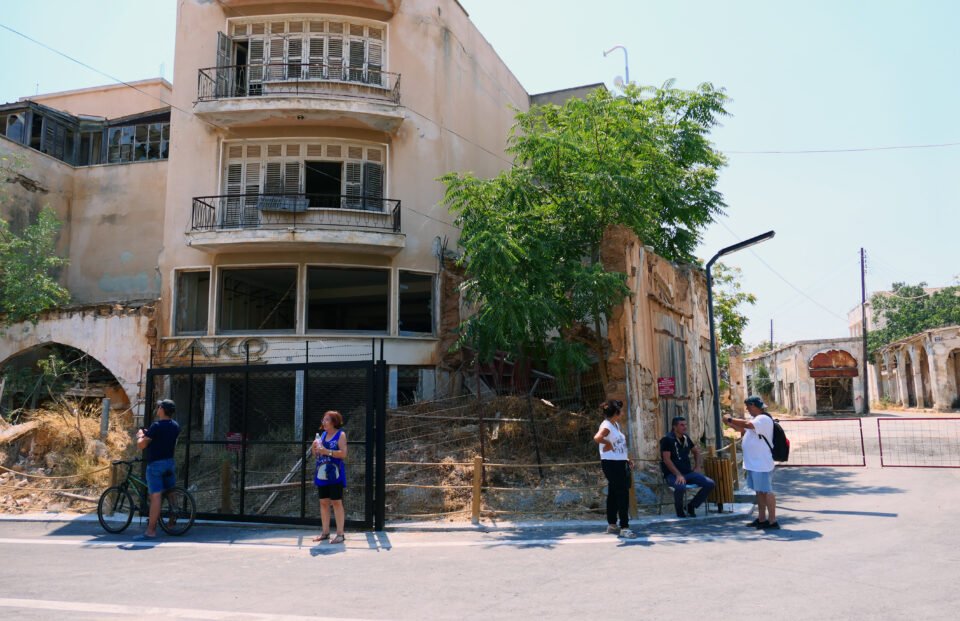 The demilitarised area of Varosha

But revoking Cyprus passports of Turkish Cypriots was not the answer

In a recent article of mine, I made the following important points concerning the 1974 Turkish military intervention:

This is the background against which the tragedy of Cyprus is developing today. The leaders of the Christian Greek Cypriot majority are on the defensive, having seen their policies and tactics (aimed at addressing the existential problems of the Republic of Cyprus) fail to produce the desired results. In contrast, the leaders of the Muslim Turkish Cypriot minority, encouraged by the continuing assistance and support of Turkey, have become more aggressive and are now openly stating that a two-state solution is the only one acceptable to them.

In my opinion, under these circumstances, the Greek Cypriot leaders have only one option. To offer the minority the political equality and the effective participation they have been claiming with the support of the United Nations, the right to participate in the management of the under-the-sea wealth of Cyprus and a system that would give them an adequate feeling of security. This offer has to be extended here and now, in clear and unambiguous terms, without reservations or conditions.

Instead, the Greek Cypriot leaders opted last Tuesday to withdraw and cancel the Republic of Cyprus passports given to some 15 leaders of the Turkish Cypriot community. There may be good legal arguments justifying the action taken, in the sense that the individuals involved are publicly declaring their loyalty to an independent state that has been unilaterally set up, despite the related explicit prohibitions in the Cyprus Constitution. However, I believe that politically it was an unwise move for the following reasons:

Taking measures, which have no real effect but could have serious adverse repercussions, merely strengthens the arm of those who seek the partition of Cyprus, either in the form of a two-state solution or in the form of a loose confederation.

What is even worse is the fact that the measure taken has been connected with the recently announced decision of Turkey to declassify the fenced-off part of Varosha as a military area and to open it up for habitation. Depriving the Turkish Cypriot leaders of their Republic of Cyprus passports is so obviously an ineffective measure in forcing them to change their minds that I suspect they will view it as an admission on the part of the Republic’s government that it is helpless and unable to stop Turkey from implementing its plans.

Late on Tuesday, Nicos Anastasiades issued, as an afterthought, a written statement inviting the Turkish Cypriots to return to the positions they were holding under the 1960 Constitution and to work jointly on delineating the areas which would be under the administration of each of the two communities. My initial reaction to this initiative was to view it as a welcome invitation to the Turkish Cypriot community to work together on rebuilding Cyprus. However, within about half an hour, the accountant, who has never ceased to reside inside me, pointed out a plethora of practical difficulties in implementing such an idea that they would render it a totally unrealistic proposition.

In contrast, the decision to appeal to the European Court of Human Rights (ECHR) in connection with what is happening in the fenced-off part of Varosha is correct and appropriate. It is important to move swiftly in this respect and a deadline should be set and publicly announced for formally filing the appeal.

In my humble mind, being allowed to reach the entrance of your home but being prohibited from entering your home, which has been rendered a relic by the passage of 47 years over which this monstrous prohibition has been in force, is not only a fine example of how basic human rights can be violated in Europe, but it is also a good example of how the violation of basic human rights can be accomplished by tactics that exclusively aim at causing the maximum possible human suffering and pain.

Health minister slams Okypy delays in letter to board (Updated)