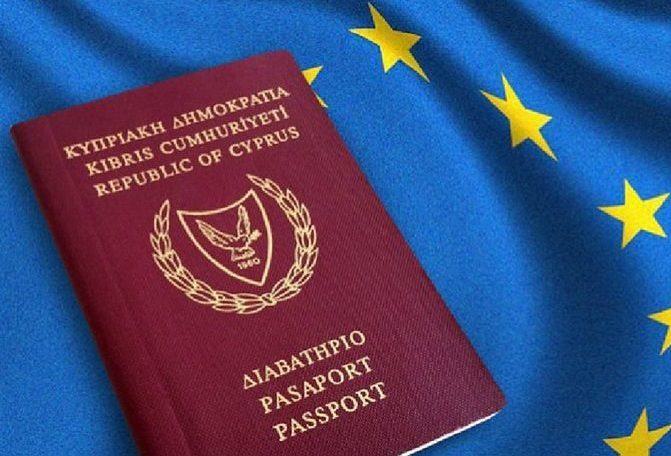 The decision of President Anastasiades to weaponise Republic of Cyprus passports issued to the Turkish Cypriot leadership is populist and popular among sections of the Greek Cypriot community but going nuclear on the bicommunal state of Cyprus created by the 1960 treaty of establishment is irrelevant to the return of Varosha to its Greek Cypriots owners.

Turkish Cypriots are citizens of the RoC. They acquire citizenship automatically by the operation of Annex D of the treaty of establishment and Cyprus’ constitution. They owe allegiance to the RoC as members of the Turkish Cypriot community, but they do not owe allegiance to the government of the RoC. They owe allegiance the constitution in its pristine form that enshrines in law the existence and rights of the Turkish community in Cyprus – as it does the Greek community. Moreover, the fact that the government of RoC is exclusively Greek Cypriot and the fact that the Turkish side declared UDI are both legally irrelevant to citizenship of RoC.

Turkish Cypriots are also citizens of the EU. In 2004 in a once in a generation referendum the Turkish Cypriot community voted by a huge majority in favour of their community’s membership of the EU as part of a constituent state of a united federal Cyprus.

EU citizenship is also acquired automatically by operation of the same constitutional law as RoC citizenship plus EU treaty law. The important point here is that neither RoC nor EU citizenship is in the gift of the government of the RoC to give or withhold.

In the result the benefits of EU citizenship are possessed by all Cypriot citizens independently of the wishes of the government of RoC at any given time.

Freedom of movement within the EU is the main benefit Turkish Cypriot EU citizens enjoy. It is one of the fundamental principles on which the EU was founded and involves two basic rights: the right to exit one’s country and the right to enter other EU countries. Crucially the right to exit carries with it the right to a passport.

However, the question raised by the cancellation of the passports of the Turkish Cypriot leadership raises a point of EU law of general importance namely: the extent to which it is lawful to rescind a Cypriot citizen’s passport for political reasons.

Of course passport facilities can be restricted if an individual is suspected of serious crimes, including crimes of a political nature, or is a fugitive from justice or has to surrender his or her passport as a condition of being released on bail. Passports are also frequently withdrawn to prevent child abduction or pursuant to an order of a court of law.

Under EU law such measures are covered by the public policy and public security exceptions to the right to a passport. But the power to rescind a citizen’s passport is strictly construed to prevent abuse of the power or its use for economic ends. It has to be based exclusively on the personal conduct of the individual on the ground that he or she presents a genuine, present and sufficiently serious threat to the fundamental interests of the state. There must be a nexus between the public policy or public security justification and the particular facts of a case. Considerations of general prevention are impermissible and the decision to cancel must be proportionate to a legitimate aim.

Individuals deprived of passport facilities must be given full and precise reasons for the decision and a right of appeal. I have not seen the detailed reasons why the members of the Turkish Cypriot leadership have had their passports cancelled and confine myself to commenting on the RoC government spokesman’s statement that “with their acts and deeds they undermine the sovereignty, independence, territorial integrity and security of RoC.”

The statement identifies the heads of public policy and security, but not the personal conduct of the individuals deprived of their passports. Whether their conduct once identified can be stigmatised as personal and not political is going to require judicial interpretation at the highest level in the RoC courts and possibly the Court of Justice of the EU.

Under Cyprus’ constitution, for example, the president or the vice president cannot be prosecuted for offences committed in the exercise of the function of their office unless it is treasonable, dishonest or involves moral turpitude.

The only realistic avenue of challenge open to those whose passports were cancelled is to appeal and rely on the independence of the Greek Cypriot judiciary whose praises I sang a couple of weeks ago for their independence. Just like Greek Cypriots with claims regarding their properties in northern Cyprus are expected to have recourse to the Turkish Cypriot Property Commission, I don’t see why the Turkish Cypriot leadership would not wish to have recourse in the RoC courts and seek a reference to the Court of Justice of the EU on whether “personal conduct” includes acts and deeds done in the context of the Cyprus problem.

For the Turkish Cypriot leadership cancellation of their RoC passports is water off the back of a duck, but they should seriously consider exercising their right of appeal in the public interest. It is highly unlikely that the European Commission would seek to gainsay the decision of the RoC government by bringing infringement proceedings – as it did over the sale of passports to third country nationals – in respect of such a politically sensitive matter.

There should, however, be appeals locally challenging the cancellations in case it is the thin end of the wedge of rescinding RoC passports of other Turkish Cypriots for political reasons.

Ten-man Chelsea hold on for point at Liverpool

Tales from the Coffeeshop: Meaningless decision provokes both communities