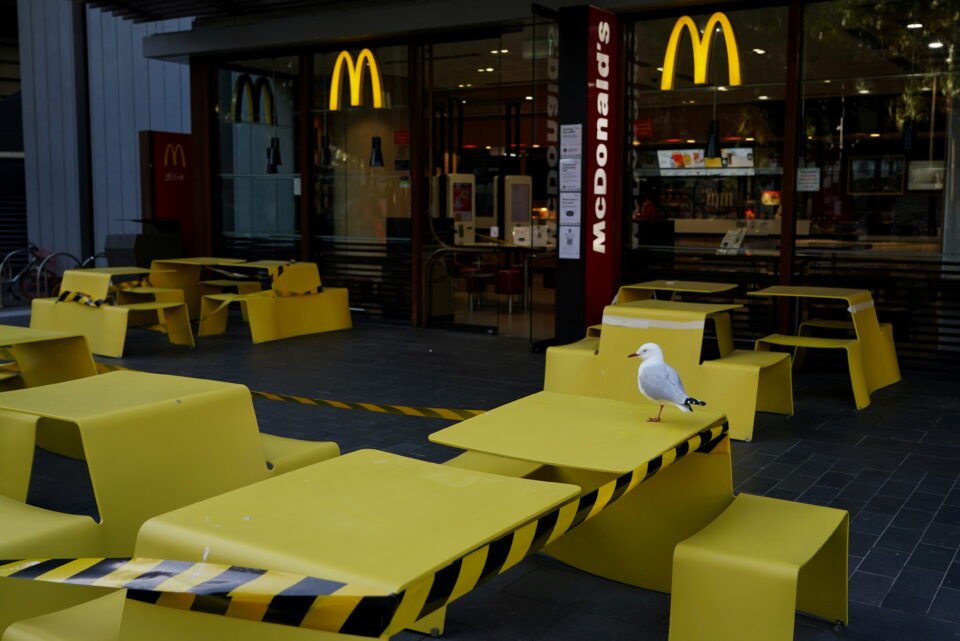 Some US fast-food restaurants are closing indoor seating areas or limiting hours of operation because of the spread of the Delta variant of COVID-19, according to franchisees.

McDonald’s Corp (MCD.N) had temporarily closed indoor dining at nearly all US locations in early 2020, but it reopened 70 per cent by last month. The global burger chain said on July 28 that it was on track to open nearly 100 per cent by Labor Day – barring any COVID-19 resurgence.

But last week, McDonald’s instructed its franchisees on steps they should take to re-close their dining rooms in areas where the Delta variant is rapidly spreading, according to internal company materials seen by Reuters.

“We have a much deeper sense of what actions make a difference for the safety of our restaurant teams and crew,” McDonald’s USA President Joe Erlinger said during a Wednesday meeting, according to the materials.

The materials did not specify how many locations have shut indoor seating or could soon do so.

One McDonald’s franchisee who operates multiple locations told Reuters it had to bar indoor seating at several restaurants.

But expected closures are fewer than the number that shuttered in spring of 2020, when the pandemic first hit the United States.

“We’re monitoring the impact of the Delta variant closely and recently convened together with our franchisees to underscore existing safety protocols, reinforce our people first approach and provide updates on the rise in cases in the country,” McDonald’s Corp said in a statement on Friday.

Top US health officials said on Friday that US cases of the coronavirus continue to rise amid the fast-spreading Delta variant. Vaccination rates were also higher, they said.

Deaths and cases were up 11 per cent and 3 per cent respectively over the past seven days nationwide, with hospitalizations up 6 per cent over the past week to an eight-month high, the US Centers for Disease Control and Prevention said on Friday. read more

PMTD Restaurants had to cut hours in a few of its nearly 40 KFC and Taco Bell (YUM.N) restaurants in Alabama and Georgia because they were short-staffed when several employees became infected with COVID-19, according to Bill Byrd, president of PMTD Restaurants.

That impacts Taco Bell locations in particular, because closing at 8 p.m. instead of midnight or later means the restaurants lose late-night customers, who can make up 20 per cent of business, Byrd said.

Suit up in style: three major tailoring trends to try