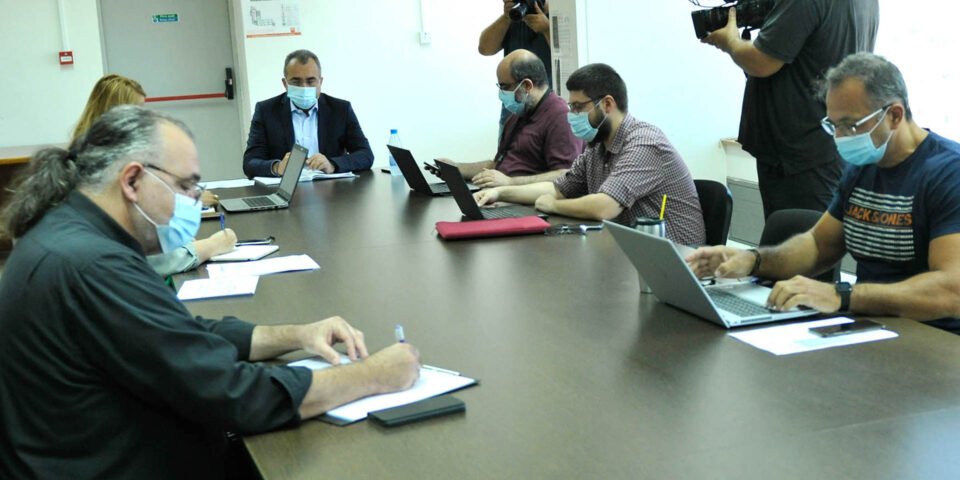 Health Minister Michalis Hadjipantelas is to submit a proposal to cabinet this week on administering booster jabs to vulnerable groups of the population, it emerged on Tuesday.

Following a meeting on Tuesday between Hadjipantelas, technocrats of the health ministry and the advisory committee on Covid-19, sources said the minister will submit to cabinet a proposal for administering booster jabs to people over 65 and vulnerable groups of the population, provided there will be no legal obstacles.

Therefore, the opinion of the attorney general will be sought.

In the first phase, priority will be given to nursing homes, people aged 65 and over as well as some vulnerable groups regardless of age, provided that a person has completed six months since the second dose of a vaccine.

The same sources said mRNA vaccines will be administered.

More information is expected in the coming days on when the inoculation with booster jabs is to start.

Cyprus joins several other EU member states on an additional dose, despite a warning from the European Commission that countries that decide to use Covid-19 vaccine booster shots may face increased legal risks because the additional dose has not yet been recommended by the EU drugs regulator.

The European Medicines Agency (EMA) has repeatedly said that more data is needed before it can approve the use of boosters.

The World Health Organisation’s (WHO) Europe branch said on Monday, Covid-19 booster shots were not a luxury robbing people who have yet to have even a single jab.

“A third dose of vaccine is not a luxury booster (that is) taken away from someone who is still waiting for a first jab. It’s basically a way to keep the most vulnerable safe,” he said. An increase in Covid-19 transmission rates across Europe over the last two weeks, combined with low levels of vaccination in some countries, was “deeply worrying”, he added.

Kluge said more evidence was still needed and urged European countries with excess vaccines to share them with other states, particularly in Eastern Europe and Africa.

Erdogan has change of heart over UAE, now wants them to invest in Turkey