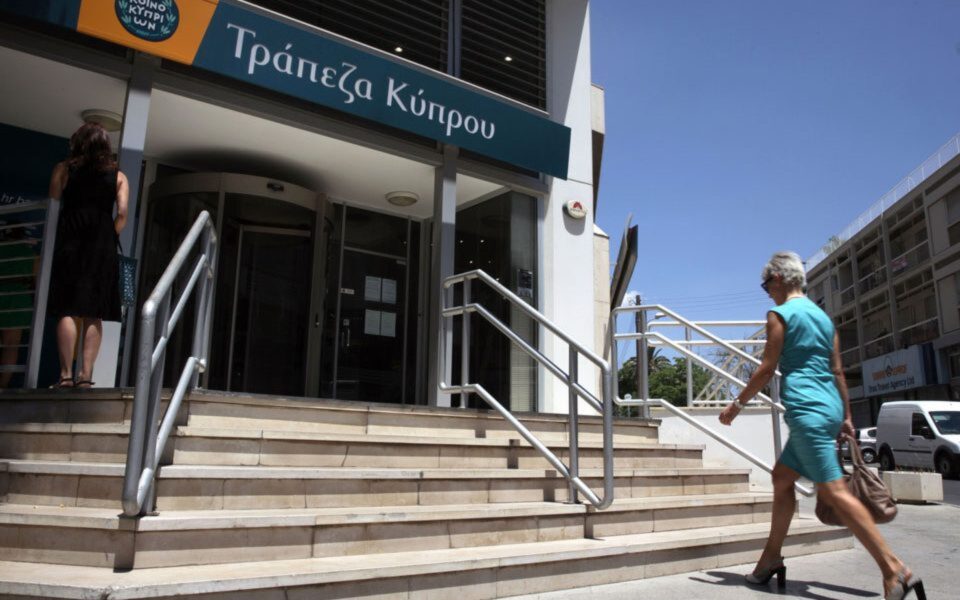 Bank of Cyprus shows robust results for the first half of the year.

Bank of Cyprus announced on Wednesday delivery of a robust performance in the first half of 2021: Revenue and profit is up, new lending has jumped to €894 million, and 96 per cent of loans that had been covered by the moratorium are now making regular payments.

Total income and profit were strong, but limited by exceptional charges. Total income was at €152 million for the second quarter of 2021, up 11 per cent from the previous quarter. After-tax profit was at €57 million, and operating profit at €34 million for that period, a 28 per cent increase from the first quarter of this year, the bank said in a statement.

The costs of investment have also been significant. The bank’s operating expenses are expected to increase due to higher IT/digitisation investment costs before decreasing to our target of mid-50 per cent in the medium term.

The Bank’s capital position remains sound and comfortably in excess of our regulatory requirements, the statement said. As of June 30, 2021, BOC’s capital ratios (on a transitional basis) were 19.2 per cent for the Total Capital ratio and 14.2 per cent for Common Equity Tier 1 ratio. Following the successful refinancing of our Tier 2 Capital Notes in April 2021, we proceeded with the inaugural issuance of €300 million senior preferred notes in June 2021.

The bank’s cost of risk were at 52 basis points for the second quarter of this year, improved by 14 basis points from the previous quarter.

We also organically reduced NPEs by €171 million in the first half of the year.

Overall, since the peak in 2014, we have now reduced the stock of NPEs by €13.4 billion or 89 per cent to €1.6 billion and the NPE ratio by 48 percentage points, from 62.9 per cent to 14.6 per cent. We continue to actively explore strategies to accelerate de-risking including further portfolio sales, and remain on track with achieving a single-digit NPE ratio by the end of 2022.

At the same time, we continue to closely monitor the performance of loans which had been granted payment deferrals in the previous year. 96 per cent of performing loans whose payment deferrals have expired and had an instalment by mid-August, presented no arrears. This is a better performance than expected, now nearly eight months after deferral expiry, and bodes well for future trends,” explained Bank of Cyprus CEO Panicos Nicolaou in the statement.

The bank’s liquidity position also remains strong and it operates with €5.7 billion surplus liquidity and a Liquidity Coverage Ratio of 303 per cent. Deposits on our balance sheet increased in the quarter by 3 per cent to €16.8 billion.

Nicolaou commented: “Strong recovery in economic activity marked the second quarter of the year, against the backdrop of increasing vaccination coverage across Cyprus and the relaxation of restrictions. Leveraging on the stronger economic environment in the quarter, our strategy is beginning to deliver results, demonstrated by the improvement in our performance before non-recurring

items which nearly doubled on the prior quarter.

At the same time, we further strengthened our balance sheet through the completion of Project Helix 2, and successfully accessed the markets twice in the quarter, refinancing our Tier 2 capital notes, as well as early achieving our interim regulatory Minimum Requirement for own funds and Eligible Liabilities (a form of reserves).”