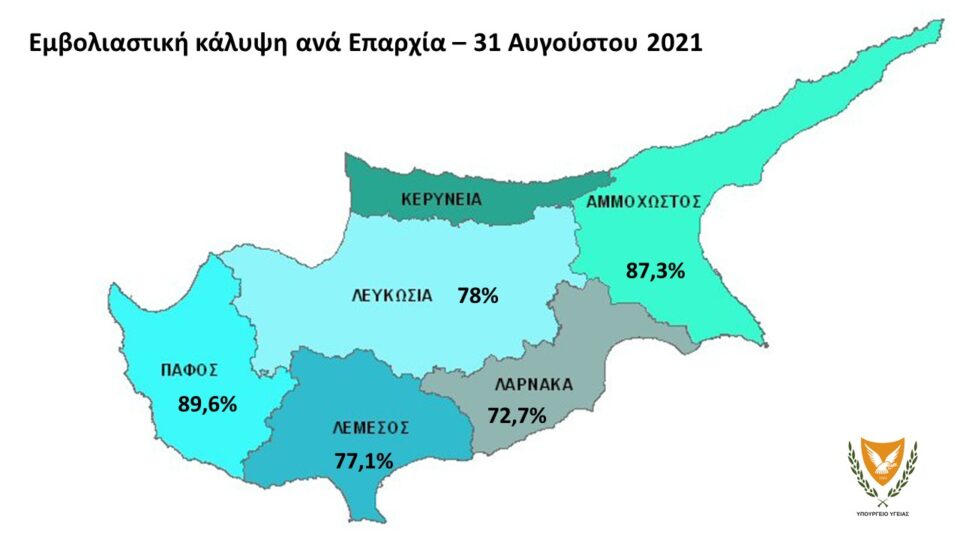 In a written statement with the latest vaccination figures, the health ministry said that as of August 31, some 74.2 per cent of adults had completed their vaccination, while less just short of 79 per cent received the first dose.

Third doses are also likley to be rolled out, initially for older age groups and the vulnerable.

Marking one million vaccine doses in Cyprus at the beginning of the month, Health Minister Michalis Hadjipantelas was hopeful that by the end of August the vaccination percentage would reach 82 per cent for the first jab.

As part of the measures implemented to boost the national vaccination programme, the ministry is operating free walk-in vaccination centres in all the districts. Non-Gesy beneficiaries can also get vaccinated at the centres on Fridays.

According to the ministry, since the beginning of their operation on July 15 and August 3, a total of 43,690 vaccine doses were administered at the walk-in centres across the island.

Cyprus also expanded the vaccination to children aged 12 years and older, who are administered mRNA vaccines.

So far, the vaccination coverage for teenagers aged 16 to 17 stands at 36.4 per cent, with 29 per cent of them having received both doses.

Meanwhile, 18.2 per cent of children aged 12 to 15 have also received at least one jab, while 5.8 per cent completed their vaccination against Covid-19.

The district is followed by Famagusta with 87.3 per cent, Nicosia with 78 per cent and Limassol with 77.1 per cent. Larnaca has the lowest vaccination coverage with 72.7 per cent.