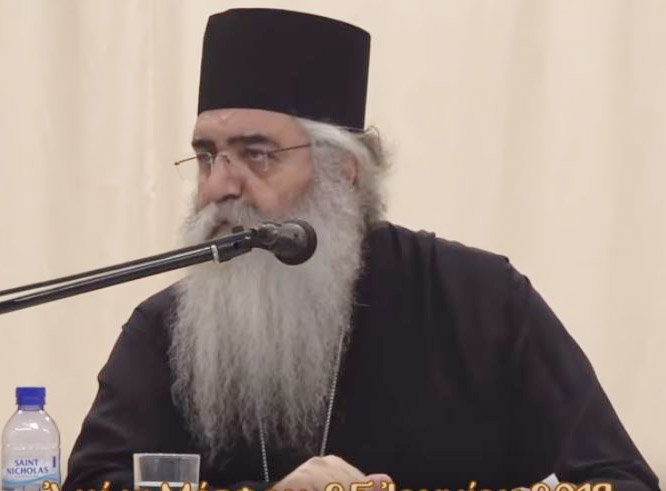 As Archbishop Chrysostomos harangued members of the clergy for urging their flock not to get vaccinated for the coronavirus, two of the bishops on opposite sides of the issue kept trading barbs.

The bishops of Morphou and Tamasos, Neophytos and Isaias respectively, have engaged in a back-and-forth on the relationship between the church and science – a debate sparked by the issue of Covid vaccines.

It followed statements last week by Neophytos who, on recovering from Covid-19 said he had asked the Virgin Mary to “send the virus his way” so that he would be “humbled.”

He also said he had mild symptoms and it was as if the Virgin Mary gave him “leave” so that he could rest and was now feeling much better because of that. The bishop also said the vaccination was a ploy by the New World Order to pit those who are vaccinated against those who are not.

Asked to comment on a television news show, Isaias said such remarks left him incredulous and that the church should follow the science and listen to the experts.

Back in April, Isaias himself contracted the virus and, according to accounts at the time, experienced mild symptoms. He had earlier been vaccinated.

Reacting to Isaias’ remarks, Neophytos urged him not to act as a “puppet” of the mass media which, in his opinion, were manipulating the masses on behalf of the New World Order.

In a tersely-worded missive, the bishop of Morphou said it was naive for one to assume there was only one monolithic view about the coronavirus or vaccines.

“Dear Saint of Tamasos, the New World Order protocols are not the only ones. There exist many medical approaches, both regarding the coronavirus, as well as any other disease. This totalitarianism of government measures is unprecedented in the history of humanity.”

Responding in a letter of his own, Isaias said he never intended to offend Neophytos – his senior by many years – or imply that Neophytos was part of the “anti-vaccine movement.”

But he did suggest that Neophytos unwittingly advocated for such ideas.

The public dust-up between the two priests unfolded amid warnings from the archbishop that he would “punish” clergy who advise people not to get vaccinated.

According to media reports, but not quoting Chrysostomos directly, the top priest will be recommending this course of action at Thursday’s Holy Synod meeting.