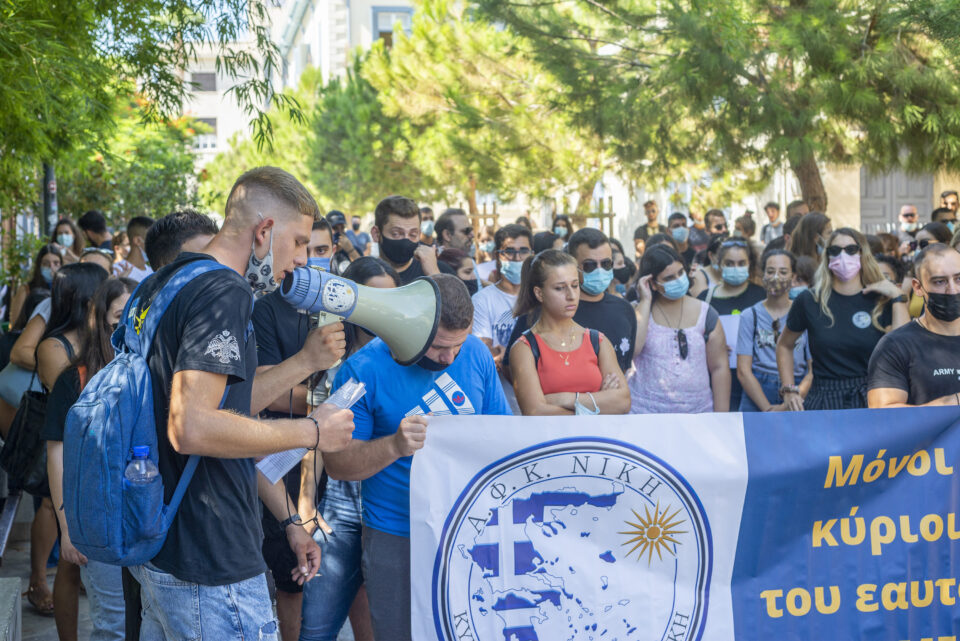 A number of students and their parents gathered outside the Cyprus University of Technology (Tepak) on Wednesday to protest the ban on the physical presence of unvaccinated students on campus for the new semester.

The protest was organised by the autonomous student movement Niki Tepak and took place outside the building where the senate was meeting.

The movement’s representative Theodoros Andreou said the students claim their right to receive proper education inside the classrooms.

“Students are not against the vaccine, but against mandatory vaccination and the decisions taken by the senate that force hundreds of students to stay out of the classrooms,” he added.

Andreou criticised rector Dr Panagiotis Zafeiris since, as he said, he had previously assured that there is no possibility of not accepting unvaccinated students.

He wondered how the exams would be carried out, especially in departments where physical presence is absolutely necessary.

During the protest, the attendees signed a letter that will be sent to the competent ministries as well as to the senate.