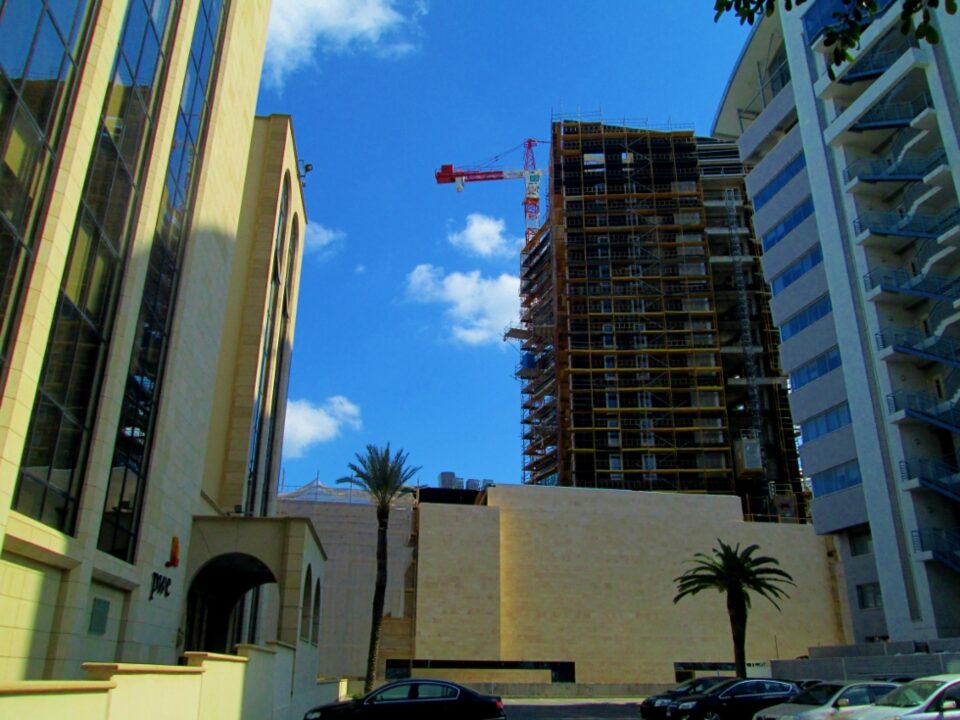 Transport Minister Yiannis Karousos expressed ‘total satisfaction’ with the progress of the Larnaca port and marina redevelopment project after visiting the site on Thursday, September 9.

Karousos met with people from Kition Ocean Holdings Ltd, the company responsible for the implementation of the project, receiving updates on how the project is moving forward, the infrastructure being created and the estimated returns of the project.

In statements made after a brief tour of the site, Karousos said that ‘yet another project proclaimed by president Anastasiades is being implemented’.

“At more than €1.2 billion, this is the largest investment currently being carried out in Cyprus,” Karousos said.

“We are absolutely pleased with the progress being made as everything is going according to schedule,” the minister added.

Karousos also made a special reference to the environmental impact of the project, saying that it will have ‘minimal emission of pollutants’. The minister also described the government as an ‘ally to the investor’ during its implementation phase so that any delays are avoided and that the planned milestones are met on time.

Kition Ocean Holdings CEO Panos Alexandrou meanwhile assured the minister that the proposed timeline will be ‘strictly adhered to’ and thanked the government for its cooperation.

“We are working at a feverish pace so that on April 1 Kition Ocean Holdings Ltd fully take over the management of the port and the marina with the ultimate objective being the immediate commencement of all infrastructure and upgrade works included in this imposing project,” Alexandrou said.

“This investment will bring the state €12 billion and create around 4,000 job positions, with the latter being predominantly earmarked for local staff,” Alexandrou explained, adding that the old pier will be repaired and upgraded into a landmark site for the city of Larnaca.

The redevelopment of the Larnaca port and marina will be concluded in four distinct phases across a 12-year span of time.

International credit rating agency DBRS Morning Star has released a report which projects that the Cypriot economy will grow by 4.3 per cent in 2021, followed by a slightly slower growth rate of 4.1 per cent in 2022.

“The credit rating agency’s basis scenario for Cyprus is more conservative than an estimate by the Ministry of Finance following the publication of official data for the GDP growth in the second quarter of 2021, that growth is expected to be significantly greater than an initial estimate of 3.7 per cent or an estimate by the Minister of Finance Constantinos Petrides that growth rate for the year will be over 5.5 per cent,” the Cyprus News Agency wrote following the release of the report by the agency.

‘“Although COVID-19 remains a risk to the outlook, uncertainty around the macroeconomic effects of the pandemic has gradually receded,” the agency wrote.

“Current median forecasts appear to incorporate some risks associated with further outbreaks, but remain fairly positive on recovery prospects given expectations of continued fiscal and monetary policy support,” the agency added, explaining that the policy response to the pandemic may result in other risks being brought to the forefront in the short and medium term.

The meeting will include discussions around the effects of the pandemic in the medium term as well as the necessary policy actions to avoid divergence, as well as the issue of EU-wide fiscal integration.

On Saturday, September 11, Petrides will fly to Greece to attend the 85th Thessaloniki International Fair following an official invitation from his Greek counterpart.

Transavia to boost flights to Cyprus as bookings return