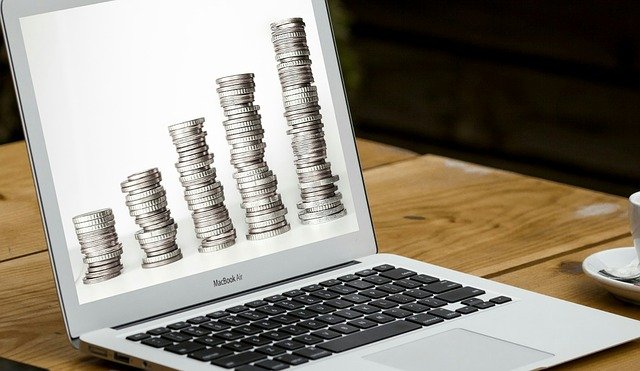 The future of finance is digital. The digital transformation of finance becomes a dominant trend, which will bring many fundamental changes. One of the aspects of this trend is the way we pay in daily life. In response to changes in society and technology, as well as due to the coronavirus (COVID-19) pandemic we are increasingly buying (and as a result paying) online, i.e., digitally. The role of cash (banknotes) in payments is declining.

A digital euro is a new form of euros, which would complement the current euros, not replace them. The purpose of the digital euro introduction is to provide Europeans with a new, simple, universally accepted, safe, and trusted means of payment.

A final decision on whether to issue a digital euro is to be made at the end of the investigation phase. In case of a positive decision, a developing phase will start. The developing stage could take around 3 years. Thus, a digital euro might appear in 5 years from now.

Online payments bring important benefits such as convenience, speed, and efficiency. But they also pose technical challenges, as well as challenges in terms of privacy, safety, and accessibility.

Designing a new form of central bank money will involve defining operational and technological requirements and identifying the preferable options. Among important design features are the following: the digital euro ledger, privacy, and anti-money laundering (AML), limits on digital euro in circulation, and end-user access.

With regards to the digital euro ledger, both the Eurosystem TARGET Instant Payment Settlement (TIPS), which is based on a centralized ledger and alternatives such as blockchain, which are based on distributed ledger technology (DLT), was proven capable of processing more than 40,000 transactions per second. Architectures combining centralised and decentralised elements are also possible. It should be noted that even if a digital euro is based on a distributed ledger technology, it still will be a central bank digital currency, not a crypto asset.

The investigation phase will also shed light on the changes to the EU legislative framework which might be needed. Finally, the investigation phase will assess the possible impact of a digital euro on the market, identifying the design options to ensure privacy and avoid risks for euro area citizens, merchants, intermediaries, and the overall economy. One of the challenges is that the overall amount of a digital euro in circulation (i.e., recorded in the systems of intermediaries or end-user devices) might not match Eurosystem records. Such discrepancies could be potentially triggered by an error or misconduct of a participant.

The ECB works on the project in cooperation with other central banks. To date, in the U.S. no decision has been made on whether to issue a digital dollar. However, the Federal Reserve System remains fully engaged in central bank digital currency research and policy development.

The Peoples Bank of China (PBOC) started a digital currency project in 2014. So far, the top-level design, function development, system testing has been completed, and the PBOC has initiated pilot programs in some representative regions. A progress report, published by PBOC, is mainly focused on motivations and the monetary policy implications of the project and keeps some technical underpinnings unclear. Meanwhile, the following features can be highlighted:

What could be concluded from the above? It is obvious that we are moving to a digital world and still many challenges need to be addressed in this way. An introduction of a digital euro (or other digital currencies) will have important implications for daily life, but it is just one of the upcoming digital innovations. The matter of the digital transformation in the EU to be followed up!

Andrey Afanasiev is an Associate Professor of Finance and Risk Management, the Director of the MSc in Financial Services at CIIM – Cyprus International Institute of Management.

To the sounds of the clarinet